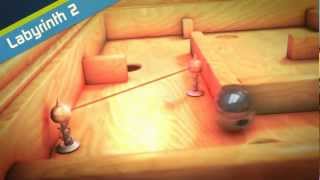 Labyrinth 2 is the sequel of the well-known puzzle game

Full version has no level restrictions and is ad-free.

Gameplay: tilt the board (your device) in an attempt to avoid the ball falling in any of the strategically placed holes. Reaching the goal won't be easy, specially in this sequel since more game elements have been added: cannons, bumpers, multiple balls, doors, magnets, fans... and many more. Some of them help you and other are handicaps.

This version comes with 22 levels, different difficulty levels. Likewise, there's a level editor. You can can create your own levels and share them with your friends and the whole community. However, you cannot edit levels from the app: from the app you'll get an ID a PIN code, however, editor is at http://levelpack.com

There's an award room where you can view those achievements you've unlock. Good sequel for a good game.

"It looks and plays like the real thing, with just the right number of additional features to elevate it high above the physical toy." - Pocket Gamer

The groundbreaking Labyrinth game taken to the next level is now available on Google Play. Labyrinth 2 has sold more than 800.000 copies across stores and we are very proud to bring the experience to you!

- New game elements: Cannons, Bumpers, Multiple balls, Doors, Magnets, Fans, Resizers, Merry-Go-Rounds, Duplicators, Lasers and more...
- Create your own levels and share them instantly with your friends and the world
- Download and rate levels created by the community
- Awards for your achievements

There isn't any minotaur on the loose. You have to tilt a wooden labyrinth in order to let a steel ball arrive to the end.. Labyrinth Lite uses your device's accelerometer to tilt the board in an attempt to avoid the ball falling in any of the strategically placed holes. It's quite addictive but lacks more options to be something really spectacular….

Amazing Maze Lite is the game where you need to help guide the baby Android to the end of the labyrinth as fast as possible. Play through the three difficulty levels to find the best challenge for your skill level. Every labyrinth is randomly created and no labyrinth is ever repeated giving this fast-paced game tons of replay value. Choose your own…

Simple labyrinth game. You are in a 3D labyrinth and the goal is to find a way out. Now with new levels. Play now for free See how to play: https://youtu.be/nsCWEymqdrU Or get Labyrinth 2: https://play.google.com/store/apps/details?id=com.dalenryder.labyrinth2

Brutal Labyrinth is an unique labyrinth. With brutal force, fire and explosions, your mission is to guide the ball to the final destination. The obstacles on the way differs on each level. Brutal Labyrinth features hours of gameplay, challenging physics-based labyrinth demolition, and lots of replay value. Each level requires logic, skill, and br…

Mazes & More is a classic maze/labyrinth puzzle game with fun tweaks and surprises. Just swipe your finger and guide the dot through the walls to find a way out and escape the labyrinth. Minimal 2D graphics make it feel like a classic and retro maze game, while new game modes keep the adventure fresh (and sometimes scary!). No marker needed. We…

Labyrinth 2 is the sequel of the well-known puzzle game. Labyrinth was one of the first hits on iOS and Android. Actually, it was one of the first that smartly used tilt controls to make the most of a game. It helped us to understand how addictive playing with accelerometer can be. Gameplay: tilt the board (your device) in an attempt to avoid the b….

Discover the exciting world of Marble Jones in his battles against the evil "Cubes". Based on the classic labyrinth games, this fascinating 3D game with amazing scenes will have you playing for hours trying to reach new levels. We’ll have new scenes and levels for you soon! Enjoy the game and give us your feedback!! Tags: funny, puzzl… 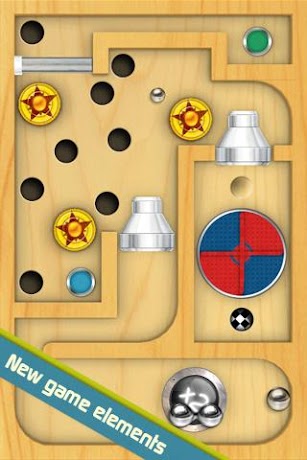 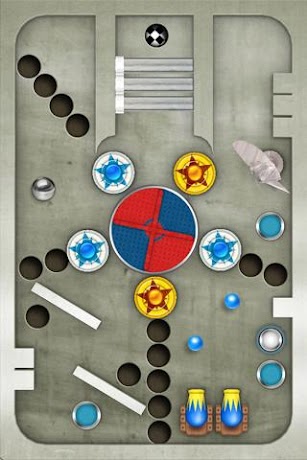 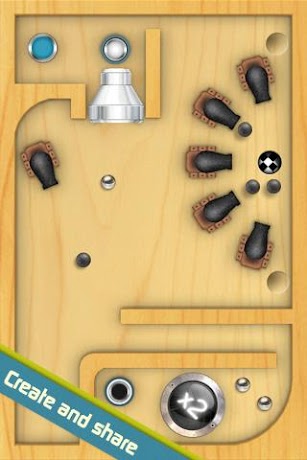 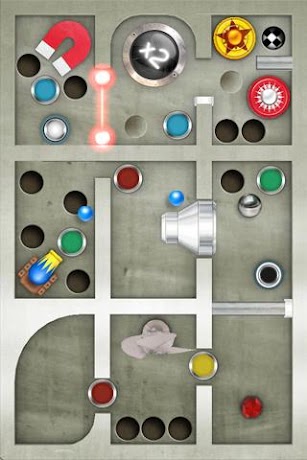 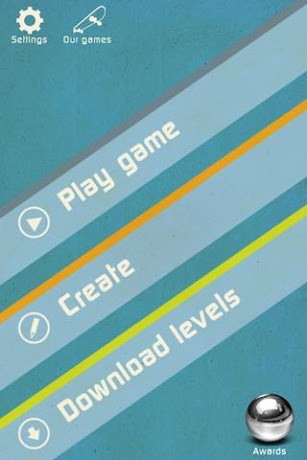