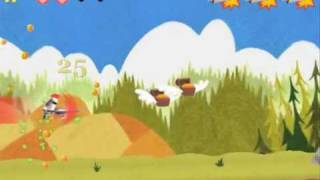 A run, run, run and jump, jump and swing your sword game.

"Sorry, the princess is in another castle"

Even though it seems that auto-runner games start to be a craze, games of this kind well deserve our attention as long as they are well-done.

In Lame Castle, we control a quixotic knight riding a wooden horse and impaling stuff with his joust lance. He accelerates automatically -even leaves a fire path behind when you achieve certain speed- so you are only allowed to jump, double jump and boost/strike. In every stage there's a certain goal -besides surviving, of course- that unlocks a bonus stage.

Graphics are childish, as taken from a fairy tale, as perfectly fit their purpose. Sound could be improved with some more soundtracks music or so, but sound effects are pretty nice anyway. We'd like there were more levels, though, 24 aren't enough once you catch the grasp of the game. You can try to achieve perfection by unlocking all the bonus stages and play indefinitely in the challenge modes, but it would be nice to know there were more stages coming soon.

This paid version lets you get rid of ads.

Lame Castle is an intense auto-runner with beautifully hand-drawn art. Throw on some armor, hop on a wooden horse, and win over the princess by destroying Wizzy the evil wizard’s Lame Castle.

Destroy castles across 24 levels while punting chickens, looting treasure chests, and smashing rocks. There are also 4 unique endless challenge modes so you can punt chickens ‘til the end of time.

Which came first, the chicken or the egg? It’s an ageless question, however the answer is not about which came first; it’s about which is the strongest, the best, the fastest! In this game of reflexes and speed side with the chicken or the egg samurai and decide, once and for all, which one will be first. Endurance Mode 1P mode that will test you…

Play as a slobbering Yeti riding a stolen reindeer. The only thing on your mind is candy. Sweet, juicy, yummy candy. The same candy the elves carry in their pockets. How will you get that candy? By chasing them down and punting them! You, the yeti, are weakened due to a lack of candy. Fulfill your hunger and upgrade your powers by punting candy fr…

You are on a viking ship, your task is to destroy magic castles and seize the treasure! Beware of armed guards, powerful wizards, dangerous traps, fire dragons and a giant sea monster! Upgrade your ship by collecting useful power ups and gold coins.

What is better than control a stunning chicken hero and help him to find all the eggs? There are 3 great worlds to explore with moving platforms, and dangerous enemies. Be careful or you will die! There are 20 nice levels to play that will keep you playing for hours. Great for people of all ages, children, boys, girls, men and women. They will enjo… 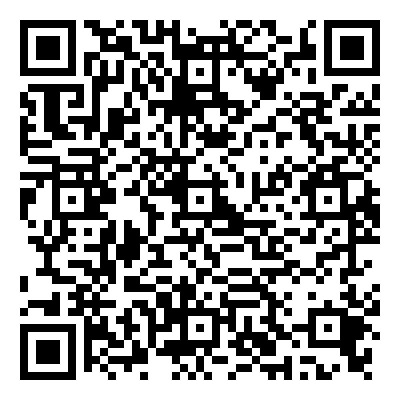 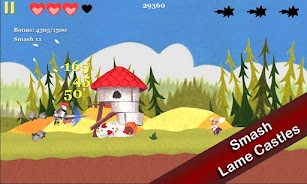 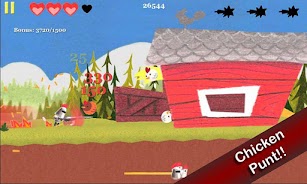 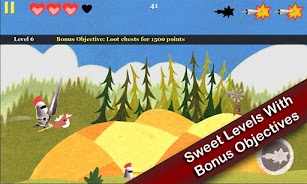 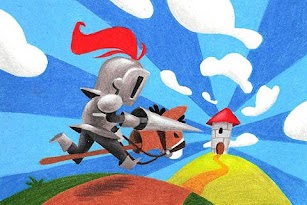