A tower defense game set on a fantasy land

Mage Defense is unsurprisingly a defense game in which you have to deploy your 'towers' along a path to prevent enemies from reaching your base. In this case, 'towers' are fantasy characters as knights, archers and, of course, magi.

It has a cartoony design, perfect to give a fun feeling to a game that doesn't take itself too seriously. Gameplay is as easy as placing your units and play with the fast forward icon. If things get out of hand, use a spell. It's a pity that stats aren't clearly enough, and it's hard to tell whether is of your interest to upgrade a unit.

Anyway, we would recommend this Mage Defense for anyone interested in defense games but never has actually played one, because of its simple gameplay and its harmless freemium formula that allows it to be played for free nearly for ever.

The mage castle faced big crisis becasue monsters from devildom invaded into the castle.
Please protect the castle from monsters by employing various mages outside of the castle. Don't pass many monsters, or you will lose the game.

"Mage defense" is a typical TOWER DEFENSE game, to protect the Mage castle from evil monsters by placing various mages with their capabilities in best strategic positions. We ended up creating a cool mixture of popular TD, fatasy mood & fun of raising characters just like RPG.

- Place units the way monsters pass, and they will attact them automatically.
- Add more units or upgrade their ability to improve defensive power with gold you've got. The more waves you pass, the stronger monsters rush.
- Once you clear a stage, you will get star and gem points according to the number of lives.
- Some monster leaves a gem when they die. You can collect them by touching it.
- You can use gem to upgrade a unit more stronger, or purchase skills in upgrade scene.
- You can easily defeat the monsters if you make full use of the properties of monster like PHYSICS, ICE, FIRE, ELECTRIC.

※ We are preparing up-date for more characters and stages.
※ Please share your own strategy by using #MageDefense in twitter.

Defense Craft Strategy is a real-time strategy medieval game. . Your purpose is to build your own Kingdom while protecting your castle. In order to achieve it, you'll need to send peasants to gold mine and other resources, train knight to fight waves of enemies and even to conquer other cities. Likewise, you'll need to build towers and other facili…. 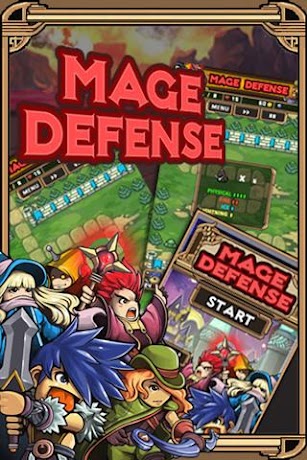 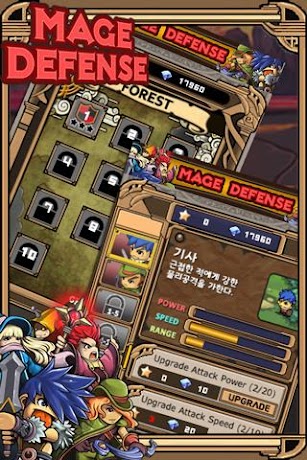 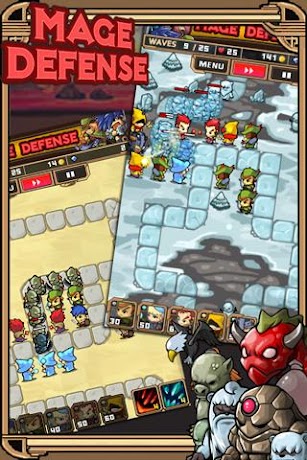 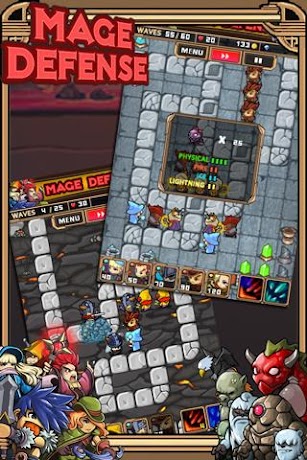