Classic arcade games like Metal Slug series are timeless. They were successful in the 90s and they are still today, specially due to the new features of mobile devices: touchscreen and social layout. The guys at SNK Playmore did notice that and they are getting a good response by porting Metal Slug to mobile platforms. Metal Slug X is the fourth title of this series they've launched so far.

Metal Slug X is frantic action-packed shoot-em-up that overtakes its predecessors in some regards. First, it comes with two game modes: Arcade Mode, which accurately reproduces the classic NeoGeo 2D version that we enjoyed at the Arcades almost 20 years ago, and Mission Mode, which is like a free campaign mode: you can select any mission, in any order and re-take it as many times as you want. However, the co-op mode via Bluetooth is what really makes the difference (both iOS and Android support): blow up those charlies with a little help from your buddies.

In addition, lots of new weapons have been added (Iron Lizard, Enemy Chaser, Drop Shot...) as well as an auto-fire option. Just hold down the fire button and keep running. This system is kinder with our touchscreen than tapping it thousands of times.

Although SNK Playmore has introduced some graphical tweaks, Metal Slug X keeps the essence of the original game regarding graphics. No touchscreen response complaints: it's fast-responsive and runs smoothly even on medium-end devices. Its biggest catch is its price: $4 is way to much, specially if there isn't any Lite version to put hands on.

Features list:
A remake of "METAL SLUG 2"!
"METAL SLUG X" is an updated version of "METAL SLUG 2" with a lot of new elements for even more fun and excitement!
Bosses and other enemy characters await you at different points on the battlefield, so that even players who have perfected the previous installment will enjoy this new and improved game map!

Shoot down your enemies with new weapons!!
New weapons, such as the "Iron Lizard" (remote-controlled missiles), the "Drop Shot" (bouncing landmines), and the "Enemy Chaser" (homing missiles), have been added to the impressive METAL SLUG arsenal.

An "Arcade-Perfect" NEOGEO Port with extra features!
In addition to the classic “ARCADE MODE”, you can select any mission you have previously cleared and play them separately in “MISSION MODE”. You can enjoy your favorite stages at will and train on the missions you have not mastered yet!

Precise and Customizable Controls!
The Autofire function allows you to fire continuously by holding down the Shot button. Moreover, you can change the position of your configuration outside of the game screen area in “Window” Mode. Enjoy every pixel of “METAL SLUG X” with your very own custom controls!

Engage into intense Multiplayer gameplay via Bluetooth!
Now you can enjoy “METAL SLUG X” with a friend through a Bluetooth connection. Team up with a brother in arms to accomplish together the difficult missions available in “METAL SLUG X”!

New 10 Million Download Record Broken!  Metal Slug, the finest of 2D Action-Shooting games in NEOGEO, is now available as a Tower-Defense game! Metal Slug Attack is a further evolution of Metal Slug Defense. Enjoy it to the fullest! ABOUT THE GAME FEATURES Simplified control! "METAL SLUG ATTACK", the very latest entry in the legendary…

Coastal defense is an extraordinary arcade shooter. A game of quick decisions and fast fingers! Protect your coast from relentless enemies using an arsenal of weapons even Chuck Norris would envy. It's you versus them. Can you make it? The enemy will keep on coming in more advanced vessels, trying to conquer your coast, employing different str…

The legendary NEOGEO 2D action shooting masterpiece “BLAZING STAR” heads out to Android devices! Shoot down enemies with your powerful options and various weapons! Not only a perfect port of the original NEOGEO game! In addition to its classic “ARCADE MODE”, this perfect conversion of “BLAZING STAR” includes a “MISSION MODE”, allowing you to sel…

The pinacle of 2D action-shooting is coming back on Android! Make your way through multiple battelfields and put an end to the Rebel Army Leader General Morden's evil plans!! Features list: Not only a perfect port of the original NEOGEO game! In addition to its classic “ARCADE MODE”, this perfect conversion of “METAL SLUG” includes a “MISSI… 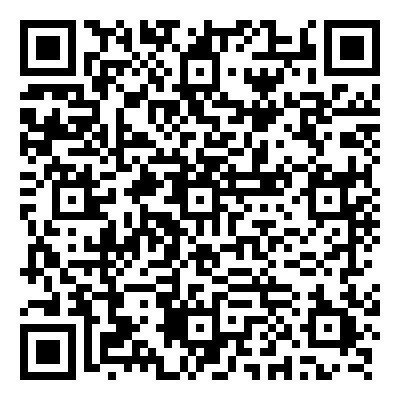 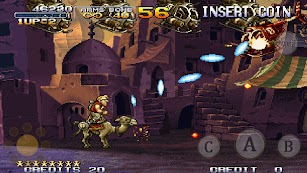 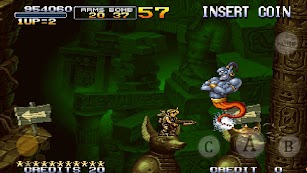 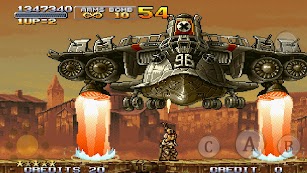 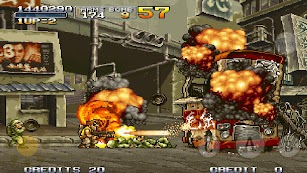 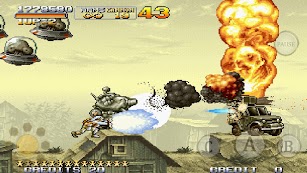