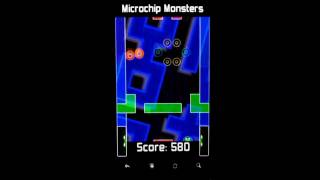 "Microchip Monsters is an engaging piece of genre-bending fun." - savegameonline.com

"Have to say it's wicked fun, give it a chance." - neogaf

HAS STAGES 1 TO 35 FROM THE FULL VERSION OF THE GAME (FULL VERSION HAS 60 STAGES, INCLUDING A BOSS FIGHT!)

Microchip Monsters is a unique game with a futuristic vibe. Part arcade, part puzzler, part casual. Viral invaders have taken over the Bots’ microchips and destroyed them. But the last Bot has come back as a ghost looking for revenge. Help him launch torpedoes and lay mines to destroy the virus infestation.

Inspired by the classic Japanese arcade games, Microchip Monsters is a nod to those addictive retro games.

Includes pre-designed levels and a special random mode with procedurally generated levels. This FREE version has a small sampling of the random stages - upgrade to the full version for nearly infinite replay value!

Note to other indie Android developers: this is the third Android game I've made using my port of libmodplug to Android (AndModPlug) to play MOD/XM tracker music. It's free and it's pretty cool. Check out the website to learn more.

Special thanks to tracker artist Mr.Lou for permission to use his song "Electric Memories" in the game!

Permissions are for ad support and sending anonymous gameplay stats via Google Analytics (opt-out feature in the settings).

More info about the controls:

Touch the screen the first time to set the direction of the probe (Photon Torpedo!). It will launch from the little green robot up toward the touch point. But very quickly it will start bouncing off silicon walls, bending around black holes & being sucked into worm holes.

Tap ANYWHERE ON THE SCREEN after that (up to 5 times) and the probe will lay mines that explode after one second. Use timing, great aim and your eye for geometry to make the probe fly where you want, drop a mine and blow up the pesky enemy!

Disclaimer: this game doesn't have zombies or cute cuddly characters, it is pure retro fun not a port from the iphone, dedicated to Android, watch the ghost robot dance (bob his head) to the music as he shoots wave after wave of invaders. Yes, black holes are normally in space, but this is a fantasy mash up game. Great colorful game for a mid sized tablet (Kindle Fire, Galaxy Tab). All original techno soundtrack. Games should have music. End of stream of consciousness section...

Past life analysis with Rachid

Greetings! My name is Rachid and I am an enchanted Moor. Ever since Lisbon was conquered by Afonso Henriques, the King of Portugal, in 1147, I was trapped by a spell in an ancient castle. I have faith that, someday, someone will free me from this cruel captivity. Perhaps it may be you?... In the meantime, I have nothing to do and I am bored to de…

Challenge yourself and clean up the field! Use your brain power to find numbers combo which gives sum of 10 or just similar number. It's sounds very easy but only 9% can do that. It's the classic Russian game "The Seeds", which is also known as "the sum of 10." Favourite game of schoolchildren in the USSR during the le…

Essential Cantonese Phrases for your business trips to China! +++ Get your personal Speak-App-Collection NOW Search for 'holfeld' and find all the languages you are interested in +++ SPEAK CANTONESE - Hear and Learn the 100 Most Important Spoken Cantonese Phrases! The easiest way ever! Why are HOLFELD SPEAK Apps so popular? Most Apps or cl…

This application has old photographs of buildings and streets of Barcelona. In each image can: - Consult the data (year, author, description) - Buy it in different dimensions - Place it on the map - Mark it as seen - Mark as favorite - Send it by e-mail There is also the area of ​​Augmented Reality, which can locate with the aid of a radar-sites…

Become a powerful wizard and defeat your rivals resorting to the weather spells in your grimoire.

The ZoeMob Family Locator is a very accurate service to monitor your family with GPS technology. A safe way to track the location of your kids using an exclusive and private family map feature. Peace of mind for you when you are not close of your loved ones. Who needs a family locator or safety mobile apps? Parents with kids between 8 and 17, whos… 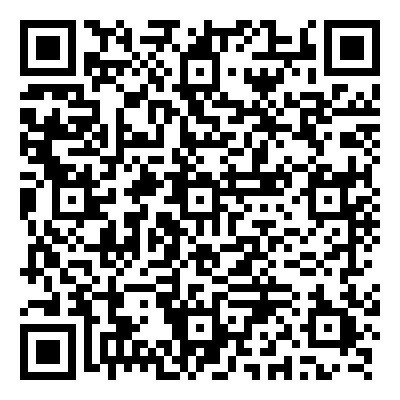 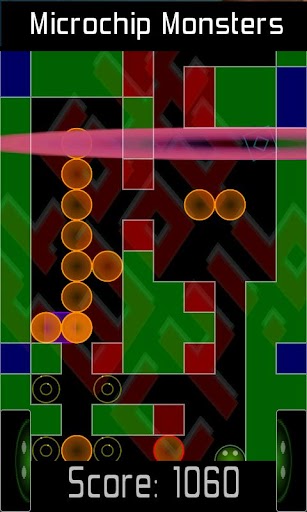 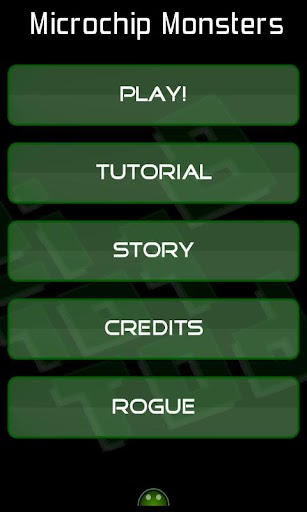 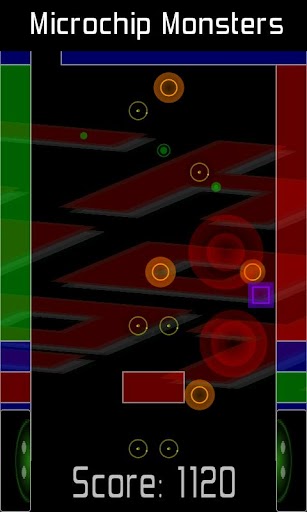