A board dungeon crawler

"I am your Dungeon Master"

Mighty Dungeons follows the sacred premises of the noble art of dungeon crawling since the times of Heroquest. A tiled board, a handful of monsters, several heroes and some dice eager to roll all over the table.

There are a few changes, though. The strict turn-based nature of the original game hasn't been respected at all, which gives this game a little bit of additional dynamism and pace. Also, there have been added both "cheat" and "nightmare" options to make it easier or harder as you prefer.

Graphics aren't bad at all, and overall design is acceptable but it feels a little bit odd because of the 2D view when moving and first person view when fighting, now that we all are used to 3D for everything. Animations, sound and FX could be better.

Regarding gameplay, rules and user interface are quite unclear so expect some trial and error and error. For example, your character will fight with his bare hands unless stated otherwise, no matter which are his weapons of choice.

Anyway, a game perfectly suited for a connoisseur minority who's aware that oldies but goodies never pass away.

The complete game can be unlocked via Google Play purchase or through a Getjar account. It supports 8 languages.

Unlock the full version of Mighty Dungeons for FREE using Getjar Gold, a virtual currency that you get by trying free apps recommended for you. Or you can buy the full version directly from Google Play.

Enjoy this fan-made dungeon crawler crossover between old-school boardgames like Heroquest, Warhammer Quests and good oldies like Diablo I and DungeonMaster.

Looks great on your mobile and purely awesome on your tablet

Wander evil-packed dungeons and battle golems, demons and other soul-less creatures with dozen of hours of gameplay through 6 campaigns, 9 heroes, a plethora of weapons, armors, potions and magic spells at your disposal

Use your headphones for pure immersion

Loyal to its boardgame roots, the game engine is extensible so visit mighty-dungeons.com now to make this game your own: submit your quests, creatures and completely new game boards and enjoy the regular updates of content from your peers and the community. You can even get your own characters drawn and integrated into the game.

Share with your friends and spread the word. The bigger the community, the more content we will all enjoy.

A board dungeon crawler. Mighty Dungeons follows the sacred premises of the noble art of dungeon crawling since the times of Heroquest. A tiled board, a handful of monsters, several heroes and some dice eager to roll all over the table. There are a few changes, though. The strict turn-based nature of the original game hasn't been respected at all,….

Now from Nannie RaRa comes an updated and enhanced version of your favourite Counting Creatures. This version has extra creatures and extra backgrounds - some making the creatures very hard to find. There is also another touch-count screen with two creatures to be counted one after the other. 'How many stars' now gives you your top five sc…

A 2D adventure RPG game with pixel art and easy to learn rules. Tiny Dice may feel strange when you first run it. It's deliberately pixeled, you don't control your heroe's moves, and pop-up message bubbles are shrill and gaudy. Well, everything's very gaudy indeed. This game is split into two different parts. Quests are a succession of fights again….

You are Krumb, a dwarven pitman with the quest for mighty artifacts. On your journey through mysterious mines, swamps and dungeons you will encounter many dangerous enemies, from the malicious cave goblins to the enormous trolls. Drink from health fountains, open treasure chests, collect a wide range of food, weapons and magical items and use them…

Dear Fellow Dungeon Master and/or Adventurer, IMPORTANT WARNING: We have recently implemented subscriptions. This gets you the following * UNLOCK ALL FEATURES * ACCESS TO MONTHLY NEW CONTENT If you have previously purchased our add-ons they will always be accessible, but new content WILL BE LOCKED. This way we hope to establish more regular…

Heroes of Loot is a dungeon-crawler set in retro graphics. OrangePixel is one of the most prolific mobile developers. Actually, you should take a look at his profileand check his other titles. You'll rapidly notice that he's focused on classic game genres (mostly platformers) set in pixelated retro graphics. Heroes of Loot is his first dungeon-cra….

【This version is only for Closed Beta. After Closed Beta, all player data will be deleted.】 - Classic beat’ em up ARPG, perfectly duplicates the DFO (Dungeon Fighter Online) style! - Unlimited combo, gorgeous spells, enjoyable slaughtering! - 4 unique classes, with advanced skills! - Play with your friends, venture out in random dungeons! 【Gam… 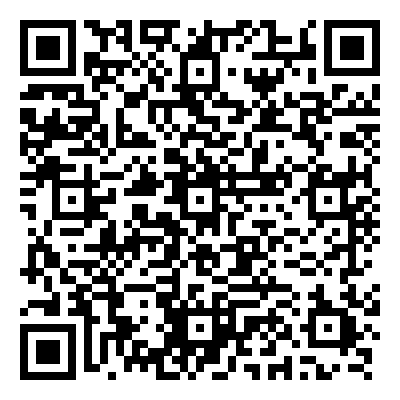