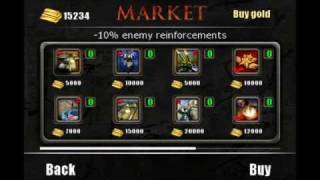 Modern Conflict is an strategy war game for Android

"Strategy is what matters"

The nation you belong to is envolved in a war. You have to manage the national army over the battlefield in order to conquer as many headquarters as you can. It's basically a strategy game in which what matters is managing your resources (units, helicopters and tanks) efficiently, by conquering enemy's army bases, producing more tanks and sending them to invade new areas.

Before starting to play the campaign mode, you have to fulfill the tutorial (it's compulsory). In the campaign mode you'll battle across the globe: missinos in America, Russia and China. Although the game seems to be easy at the beginning, its complexity increases till reaching insane levels with lots of bases, numerous opponents and units. You'll get mad trying to put some order on all that mess.

There's a in-app Market to upgrade units and buy weaponry. You'll have to win gold and merits by winning battles and completing missions. Be careful because the game asks for permissions to buy virtual goods via SMS. The purchase is optional though.

Graphics are simple as it's expected in this kind of game. Graphics doesn't matter at all: Modern Conflict is highly addictive. Controls are simple: just tap to select your units and tap again to choose which base you want to send them to. Train's journey going back home will be different since your first try to this game: time flies thanks to it. Challenging timewaster. Recommendable.

Modern Conflict is FREE simple but incredibly addictive strategy game. Tap to select units and then tap to send them into battle. Repeat until you win! If you lose, just rethink your strategy and try again. You’ll keep coming back as it’s so easy to have just one more go!

BATTLE ACROSS THE GLOBE IN AN ADDICTIVE CAMPAIGN MODE Engage in missions across America, Russia and China!

POWERFUL UNITS AND EXPLOSIVE ABILITIES Including air strikes, reinforcements and many more!

Warning: The game asks for permission to buy virtual goods via SMS. The purchase is optional.

Now it's across the universe! A new style Kakaotalk game. Thrilling and uncontrollable hyperspeed! Faster and more precisely! A war of 80 seconds! 100 times tension! Easy controlling and super-addictive! Take off right now! Easy and simple control You can enjoy just with touching on the left and right. Compete with tour friends Who is…

Play the best Strategy game ever! Stratego Official Single Player from Jumbo is all about good tactics, strategy and cold hard bluff, a combination of chess and poker. A Strategy battle game that has been played by millions of board game players and is now available for your Android device. This official single player Stratego comes with a new and…

Immortal Conquest is a true tactical war strategy game created for the strategic mind. Devise masterful strategies to expand through over 2 MILLION pieces of land on a vast map shared by all players. Use your intellect to research the strongest combinations of over 300 MYTHOLOGICAL HEROES to lead your troops, each with their own unique characteris…

A smart strategy game. Modern Conflict 2, aside of the obvious sequel to Gaijin Enterntainment's Modern Conflict, is a strategy game in the pure meaning of the word, as there isn't any luck involved. You control a base which spawns ex tanks every wy seconds. In order to overrun bases nearby you have to send more tanks than base's defense, and you w….

Commander, it's time to lead your troops! World Warfare is a 3D strategy game where you command land, sea and air units in World War II inspired battles. Form your own band of brothers and command dozens of units in real-time PvP combat! Hundreds of simultaneous players will battle for supremacy in huge strategic maps. Unleash the dogs of war…

Think you're clever? Ambitious? We'll see about that! Manage a city state in this captivating strategy game. Build your base, train your troops, and make your army the best. Research new tech, create an alliance, and battle thousands of players from around the world! All with great graphics and exciting gameplay in a post-apocalyptic world… 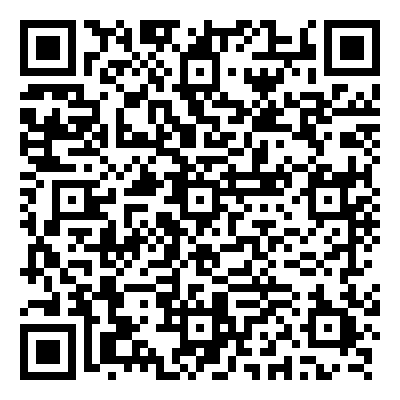 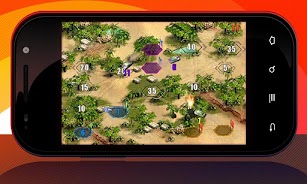 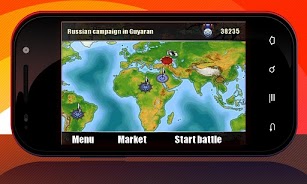 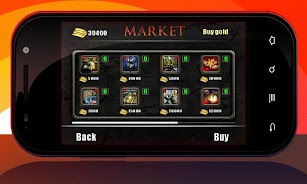 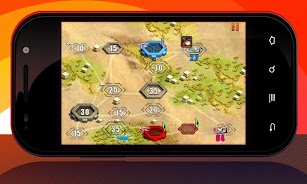 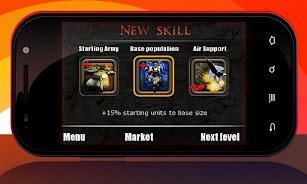 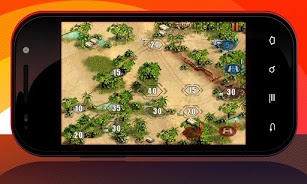