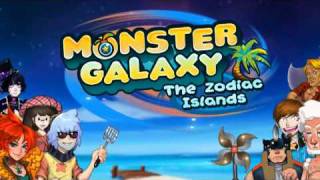 Greetings, Tamers! We're excited to release the first version of Monster Galaxy on Android. Please bear with us as we discover and fix any bugs/errors/crashes that come up.
Android
»  Games
»  Arcade
»  Monster Galaxy

Live the adventure, become a moga tamer and capture them all

"Capture all the mogas"

Monster Galaxy is an action game for Android where you get to capture lots of wild monsters and enjoy the fun storyline with amazing graphics.

First if all, choose your tamer (girl or boy) and your Moga (two of them are paid features) and start playing. Monster Galaxy is a management game in which you will need to fight against other Mogas -the monsters- and win. To perform well in the fight, tap the attack button and tap on the screeen to stop the arrow when it's in the green area. In the main menu, you can access to the current quests and see the status of the your team on the top left part of the screen. Your goal is to catch as many monsters as possible, which is done by attacking it and capturing it while it's weak.

Gaia Interactive is the developer of Monster Galaxy, their only app so far in Google Play. This addictive game is well-developed, keeps you interested and can be played for a long time, as there many monster to capture and lots of quests to do.

Monster Galaxy is an exciting new role-playing game where you can battle and capture over a hundred wild monsters!

Monster Galaxy has been enjoyed by over 10 Million people already on Facebook and iOS. Come see why--with 14 beautifully painted islands and monsters from dragons to ninjas, Monster Galaxy sets a new standard for graphics on Android.

Do you have what it takes to be the very best Monster Tamer? Can you catch them all? Play now for free!

Can't get enough Monster Galaxy? Learn more by visiting our website - http://www.gaiaonline.com/monsterg. We also invite you to check out our Facebook game at http://www.playmonstergalaxy.com. We would also appreciate it if you would share your thoughts about our game in the ratings and comment section below.

Having issues with the game? Please visit http://gaiainteractive.com/games/monster-galaxy-the-zodiac-islands.

Privacy. The game gathers and stores non-personal device information upon installation and in-game purchases. We also collect non-identifiable usage pattern data. Players may share game content via Facebook, Twitter, email, or SMS but we do not store any information related to sharing. This game allows targeted advertising but players must opt-in to view the advertisements in exchange for virtual goods. For more information, please find our Privacy Policy at http://gaiainteractive.com/privacy-policy.

Avast ye, me hearties! Set sail with Captain Rose and his motley crew for a thrilling adventure on the high seas. Solve piratey puzzles, battle mythical sea monsters, and dig, dig, dig for buried treasure. Arrrgh! Ye landlubbers will need to become brave pirates on the Island of Gems, which be full o’ mystery and peril. There be erupting volcanoes…

Monster Galaxy Exile is a fighting game with RPG touches. It's difficult to find a creatures-taming game and don't think of Pokemon. Actually, there's any harm on it. Yes, Monster Galaxy Exile takes Pokemon premise and makes a game with different both scenery and storyline. You have to select one of the two tamers (boy and girl) and give them a nam….

SPECIAL OFFER! To celebrate the summer we're offering a 30% saving for Super Moshi Epic Packs for Google Play Customers! BUILD YOUR VERY OWN VILLAGE IN STUNNING 3D! The dastardly Dr. Strangeglove is catching innocent Moshlings and turning them into naughty Glumps! It’s your mission to save the Moshlings and bring 'em back home to your vi…

Breakfast Maker is a cooking game where you can cook bacon strips, fry some eggs, prepare some pancakes, or make crispy toasts. You can even cook several different kinds of omelets. Slice up the required ingredients, put them in a bowl, pour some eggs on top, and swipe, swipe and swipe with your finger to beat the mixture. Pour the mixture into the…

From the creators of ANGRY BIRDS comes the most DELICIOUS of match 3 games with CUTE characters and FRESH and FRUITY puzzle gameplay. Meet the NIBBLERS – your fishy friends who only want to eat YUMMY fruit – ALL the yummy fruit! Om nom nom! All fun and games right? Woohoo! Fruit party over here! Well, the island’s reptilian inhabitants are not to… 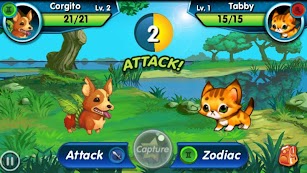 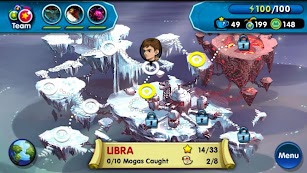 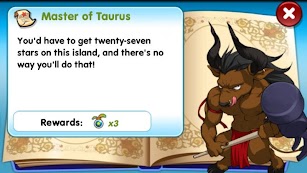 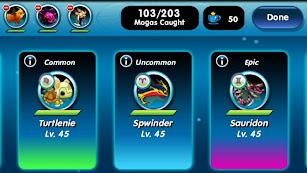