Following their own premises about how XXIth century management games should be, Game Insight has launched My Railway. It's much like My Country and inherits all the features of a long lineage of games that can be traced back to Paradise Island. This game adds to the tycoon experience some add-ons related to social media that allow you to boost your progress and improve your management and administration prowesses. These social media shares and invitations (called "hirings") are not required to advance through the game, though they really can make your life as a railroad tycoon easier, at least in the first stages of game.

Game includes not only railway connection but also factory control. There are featured from locomotive freight trains to high-speed passenger trains, everything well wrapped-up with upgrades and, as Game Insight guys have used us to, an optimal learning curve sprinkled with hints and tips that makes this game recommendable for both players who haven't ever played a management game before and consumate gamers.

Overall, it's an outstanding game. Let yourself enjoy the pleasure of watching at your own trains plowing through the fields as the IA offers you a series of missions so fun doesn't wane. Although it's debatable whether this is their best game so far, it's a game made with care in any regard, absolutely recommendable.

Everyone who enjoyed toy trains as a kid will love to play!
Lay rails to connect cities, hire your friends as engineers, control factories and workshops, send your locomotives from city to city and load them up with cargo! Become a modern-day Vanderbilt!

Features:
- A unique game unlike any other for mobile devices;
- Reminiscent of everyone's childhood hobby, model trains;
- Colorful, high-quality graphics;
- Hints and tips on playing the game;
- Immersive sound effects;
- Trains haul freight even when you're away from the game;
- Free to play;
- No ads.

Toddler Toot Train Railway A fun train activity for toddlers, kids, preschoolers and young children. Created by a parent of young children. This game is designed to be constructive fun for kids. And is completely free of annoying pop-ups, ads and social media that plague other games for children. Like us on facebook https://www.facebook.com/toddl…

SteamPower1830 Railroad Tycoon is an engaging strategy and economic simulation game for your tablet and smartphone. Lay tracks to build a thriving railroad and business empire and become a railroad tycoon. As the Golden Age of the steam train dawns, you create your own dynamic world of railway lines, cities and steam locomotives. With superb HD…

Welcome to the world of Rail Nation. Here YOU will become a railway tycoon! Enter the transport simulation and discover the globally popular strategy game, train by train. You start in a small city that needs to be supplied with goods. Boost the economy to make the city – and your railway company – grow fast. Experience the history of railways in…

Get on the right track with wheels of steel – 3D train simulator. This free to play train simulator is the most fun and incredible 3D locomotive sim on android. This sim is crammed full with awesome features, controls and options so you will have an exciting train ride experience. Are you ready to drive some of your favorite trains in an incredible…

Trains of the wild west

Are you ready for a wild west adventure on the American frontier, in this free wild west games it’s all about the trains in that period of time. During the expansion of the United States to the west the railroads and industrial also grow larger. These where the golden years out in the west for railroad owners. In this cool new train game full of… 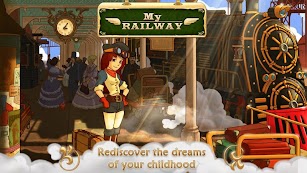 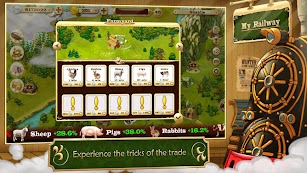 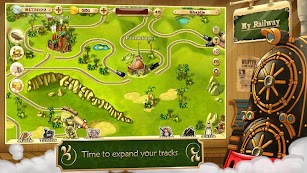 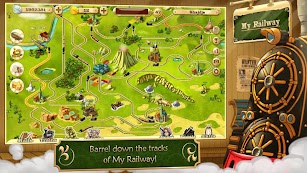 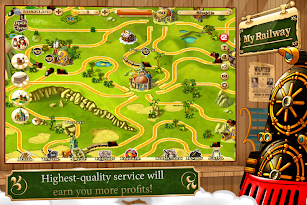