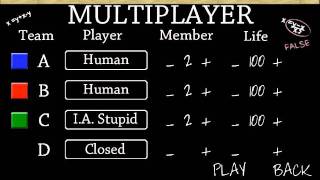 A physics based team game.

"Will it go centrifugal or centripetal?"

It reminds of Scorched Earth. For those you don't know, Scorched Earth was a game released nearly two decades before Angry Birds was even thought of. Those younger of you maybe are more familiar with Worms, which is more or less the same thing. There are two teams fighting each other to the death.

Newton's War is a turn based physics game whereas your main -and only and last- is to destroy your enemies by throwing them apples, rockets or nukes. Graces come when Gravity shows off to teach you a lesson. As projectiles are launched from a planet to another, it's essential to learn to play with trajectories. Have in mind that, the more roundabout the shoot is, more damage it'll inflict on the aliens. You can move a few steps before aiming.

The campaign mode is great to both learn to play and play alone, but the best part is when you start a hotseat match against up to three more players. Any player can be replaced by an AI.

Graphics are unsophisticated. They might give Newton's War a trendy look if they weren't so simple and childish, though they are quite pragmatic in the end. Anyway, an entertaining and well thought physics game which has in its multiplayer mode its best feature.

Newton's War is an unexpected game where you'll have to use the famous Newton's theories to eradicate all extraterrestrials of the galaxy.

From an apple to a nuclear bomb, all instruments are good for revenge. An infinity of solar systems awaits you in the most delusional spatial universe in history of science. You'll need all your scientific knowledge, your logic and your courage to unleash the wrath of Newton. Along with the assistants of the illustrious scientist, your task will be to confront the many extraterrestrials populating the most remote galaxies of the universe! And don't worry if you don't remember your physics course, our dear professor will remind them to you with a little practice... It is also possible to revise with friends with a "pass and play" multiplayer mode.

Illimited multiplayer and the third galaxy only in the paid version.

Planet Wars is the cutest, yet challenging strategy game for the Android platform. Travel between and conquer planets, destroy opposing forces and become the ruler of the galaxy. Make clever decisions to outsmart your opponents in this beautiful real time strategy game. The Internet permission is needed for the multiplayer part of the game :) None…

A physics based team game.. It reminds of Scorched Earth. For those you don't know, Scorched Earth was a game released nearly two decades before Angry Birds was even thought of. Those younger of you maybe are more familiar with Worms, which is more or less the same thing. There are two teams fighting each other to the death. Newton's War is a turn….

A powerful Saiyan with the effect similar to 'ultra instinct' aura surrounding him. Awesome anime live wallpaper animation for all true fans - ready to be installed on your android smartphone! This character is the Prince of an extraterrestrial race of warriors known as the Saiyans just like the series' protagonist hero. He is extremel…

Galaxy War - The new Colony Take more colonies to the victory of galaxy war. Take or lose them, it is your choice! In the year 2123, explorers on the galaxy Jeus discovered the remains of an ancient spacefaring civilization. In the decades that followed, these mysterious artifacts revealed startling new technologies, enabling travel to the furth…

- Enter your country's guild and vie with players from all over the globe to become the ruler of the universe! - When you download the game now, you'll be one of the first to receive $10 in new player boosters while supplies last! I built, I sailed, I conquered! Join the battle NOW! With the expansion of the population, Earth is becoming…

TOP SCI-FI STRATEGY ONLINE GAME! Fight for control of the galaxy, conquer the universe, and lead your alliance to victory! Facing potential assault from enemies on all sides, you'll need to discover and colonize new planets, build your military bases, produce epic battleships, and regroup the most powerful forces. Command your fleets, and w… 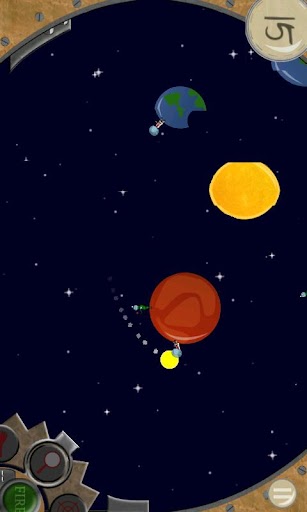 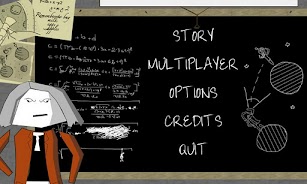 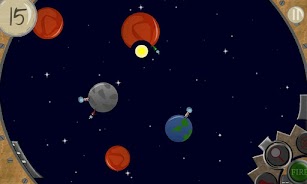