Shoot the missiles and defend home

PapiDefense is an Android game, created by Sunflat, in which you need to avoid the many missiles and shoot MrPapi to defend the tower.

In order to play, touch anywhere for increasing the launching power and release the finger to shoot. Keep in mind that if you destroy many missiles, you get more score. The game ends when all barriers and the tower are torn down, but you can catch a heart for recovering a broken barrier.

This Papi game is rather original because of the launching control, which shoots in diagonal depending on the launching power (press longer to shoot farther). As in any other Papi game, the deisgn and graphics are too simple but the game works well and it's surely entertaining. If you enjoyed other games from the same developer, there's no reason why you should not like this one. Pretty fun but challenging too.

Many enemy missiles are coming to Papi Tower! Shoot Mr.Papi and break all the missiles to defend the tower.
Touch anywhere to increase launching power, and release to shoot! The longer you touch, the upper he goes.

- If you break many missiles at a time, you get more score.
- If all the barriers and tower are destroyed by missiles, the game is over.
- Sometimes a heart item comes. If he gets it, a destroyed barrier will be recovered.
- You can also control by pressing DPAD-center or a trackball.

OMG! Too many Papis (red ball guys) drop down from the sky. Tap Papis to keep them on the screen. - Every time you tap Papi, he becomes smaller, and you get more scores. - If all of Papis fall out of the screen, the game ends. - This app doesn't support multi-touch so that you can play with only one finger.

Mr.Papi (red ball guy) came into an ice castle where many hamburgers exist. Touch the buttons at the screen bottom to move and jump! - If he gets a hamburger, you get 50 points of score. - While he lands on an ice platform, the platform melts and will be gone soon. - If he hits the platform from downstairs, the platform breaks partially and you ge…

Control Papi Plane and fights with many enemies! Tilt the device to move the plane. Tap the screen anywhere to shoot. If you shoot down many enemies at once, you get chain bonuses. If enemies touch the plane, the game ends.

Save the Planet Earth

Asteroids are going to destroy our planet. It´s your job to destroy all of the incoming asteroids before they hit the Earth. You are the last tower of defence to save us all. Save the Planet Earth! You have 3 different missiles to use. You have guided missile from USA. Fast speed and big explosion is trademark of Russian missile. Chinese missile c…

Destroy the oranges and don't lose any lives. In PapiOrange, Mr.Papi will have to face strange orange creatures and his goal will be to destroy them. Mr.Papi is already launching deadly missiles, so your task is to simply slide your finger to move him wherever you want so he can destroy as many oranges as possible. Keep in mind that destroying your….

When you climbed a mountain, a large herd of Papis (red ball guys) was coming! You have to avoid the Papis and climb the mountain. Touch the screen anywhere to go ahead! If you get run over by the Papis, the game is over.

Destroy all the missiles and don't miss any. PapiMissile is a game in which missiles are falling down and you need to launch Mr.Papi to destroy them. In order to launch them, slide your finger towards the direction you want and try to touch the missiles. The more missiles you destroy, the more points you'll earn; but if you miss any missiles, your…. 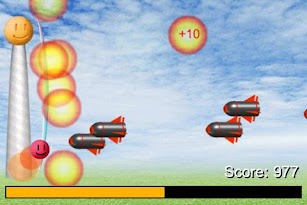 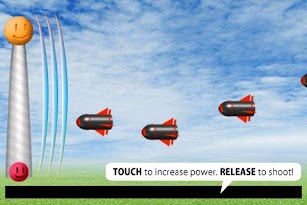