Rage of the Gladiator (Xperia)

Don't ask why, but it seems that gladiator games are becoming popular on mobile devices. Rage of the Gladiator, as its previous counterparts, would be considered a first person fighting game in which you can block, dodge and attack by different buttons and actions on the screen. Whereas a typical fighting game will allow characters to move back and forth and attack at the same time, "gladiator games" are closer to a turn based game because normal attacks inflicts little, when not symbolic damage and strategy is about analyzing your opponent's moves, dodge or preempt in the very precise moment and let throw everything you have.

This RotG is quite fantastic both in its gameplay and enemies, moving away from other more classical (or "realistic") games. You'll face a stormy naga-like medusa, a goblin priest that invokes his god every time he's beaten, and a cliched minotaur, to name the first three, and skill include but are not limited to summon lighting bolts and fire tornados.

This game follows a mixed freemium formula, in which you can play for free but a, there's a stamina bar to prevent too many battles one after the other; and b, eventually your gear won't be enough to beat the more powerful bosses and you'll have to purchase a brand-new brilliant freak-slaying sword or whatever. Meanwhile, enjoy the intense gameplay, the great graphics and animations and, especially, the beatiful music and voices.

This is the Xperia version, suited for Xperia phones. Check the standard version if you aren't the lucky owner of a Sony device.

Tags: medusa naga 3d , rage of the gladiator how to beat medusa

You play the role of Gracius, a gladiator battling for his life in the arena. Your opponents are no ordinary evil, but are epic boss fights whose tricky attacks will challenge even the most elite gamers. There are no ‘fodder’ enemies – its all bosses -- the most fun part of games! Beat them before they brutally beat you.

Armed with your magical warhammer and a trusty shield, you must exploit their weaknesses by jumping, dodging, shield blocking, or counter-attacking with proper timing, agility, and thinking. Then unleash your rage by brutally pounding your enemy with your warhammer, and perform over-the-top combo finishers such as summoning a vicious lightning storm or a deadly pillar of fire.

HIGHLIGHTS
* Stunning 3D graphics!
* Full voice acting. Each boss has its own personality, and taunts you mercilessly!
* Extremely realistic animations. When you attack bosses, the impacts and hits feel "real."
* 14 insane finishing moves. Summon a fiery meteor, a savage tornado, or transform into a hulking colossus 10x your size!
* Customize your character with new weapons and armor.
* Gain new powers and skills! How will you build your character? Choose Offense, Defense, or Magic.
* Epic music. Enjoy blood-pumping masterpieces by legendary composer Sean Beeson!
* Great replay value. Beat the game to unlock new difficulties, where bosses are much tougher with all-new abilities! Over a dozen hours of gameplay!
* A monumental undertaking, with content comparable to a console title, but for FREE!

Rage of the Gladiator was originally developed for the Nintendo Wii and is (c) 2009, 2013 by Ghostfire Games.

Download it now and experience Rage of the Gladiator -- the ultimate gladiator fighting experience!

No more brandishing and blowing: only heavy riffs will keep goblins away. TreeFortress Games' Bardbarian may look like something you've played before and exactly the opposite. It's a perfect gaming cocktail which brings together tower defense waves of enemies and action-RPG gameplay, environments and skill upgrading system. As if that weren't enoug….

No more brandishing and blowing: only heavy riffs will keep goblins away. TreeFortress Games' Bardbarian may look like something you've played before and exactly the opposite. It's a perfect gaming cocktail which brings together tower defense waves of enemies and action-RPG gameplay, environments and skill upgrading system. As if that weren't enoug….

Dungeon adventures in the Warhammer world are back! Warhammer Quest 2 is the sequel to a turn based strategy classic. It’s stunning visuals and deep tactical gameplay are an addictive mix that is a feast for the senses. In Warhammer Quest 2: The End Times, you will lead your warriors across a war torn land and into dungeons for wealth and glory!…

Destroy waves of enemies to level up atop a pillar in the sky. You're no Jet Li, and yet pushing foes off a sky-high pillar to an untimely demise is... satisfying. Don't be fooled by the humble pixel graphics of Ernest Szoka's Only One; they take on addictive life as you wield your magic sword against wave after wave of enemies. You'll start off wi…. 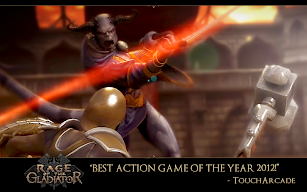 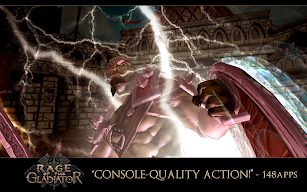 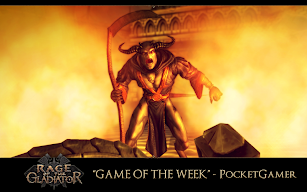 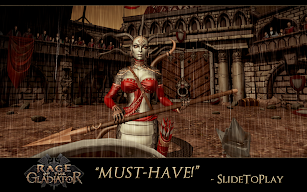 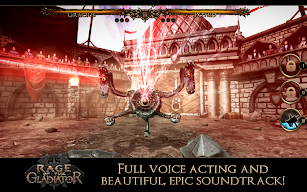