- Introducing the Training Zone! Train your ReKillers to enhance their abilities including Damage, Armor and Rage! You can train Elite ReKillers as well.

"Kill them twice on your device"

Rekillers tag line can look quite misleading if you look at the screenshots, but it isn't because it not only is within defense genre, but it's a pretty good tactical defense game instead and wouldn't need the zombies tag to be considered such. Mind you, there are some new and improved ideas such as traps and skills, and a nice array of upgrades to keep the party going. Of course, we would have liked there were more different zombies and more stuff of all kinds, but the 3D graphics are smooth and adequate, so we can say we're even.

This game takes place in an old mansion (RE1, someone?) where a pack of survivors are fending off zombies the best they can. You have to place them at the most strategic places and make good use of their skills. Be that as it may, it would be great if developers had taken gameplay further and include character customization, level creation or any of the long time demanded improvements the defense game needs.

Anyway, it's a defense game with more strategical features than others (it's about quality, not quantity of towers) and there are zombies in it. Please, proceed.

ReKillers is a tower defense zombie game with a twist of strategy and action gameplay!

The Zombie Outbreak has just begun...
Fears of infection have forced many to hide...
Others, vowed to defend humanity against the walking dead...
These brave defenders were dubbed ... "ReKillers"

WHATS GOING ON?
Take control of ReKillers, a ragtag band of defenders dedicated to protecting humanity from the zombie apocalypse in this unique blend of Tower Defense and Strategy gameplay. Doomsday Survivors have sought refuge in a suburban mansion and it's up to the ReKillers to stop the invading Zombies!

HERE THEY COME!
Fight off the Zombie mobs with a variety of weapons like Crossbows, Chainsaws, Shock Rifles, Shotguns, Flamethrowers, Machine Guns, Grenade Launchers and more!

UPGRADE YOUR WEAPONS!
Upgrade your ReKillers to improve their weapons and increase their damage power to the undead…

SET TRAPS!
Place traps around this house of the dead to strengthen your zombie defenses...

TRAIN YOUR REKILLERS!
Train your ReKillers to increase their abilities and survive longer against the undead...

With the dead rising, no one is safe... Stop the zombies and save the survivors!

NOTE: This app contains in-app purchases but they are optional and not required to complete the game.
WARNING! This game requires a dual-core (or higher) android device for best performance.

A single-player, 2D, tower defense game with enemies, levels, and tower buildings. definition of tower defense game: "Turret Defense is first-person real time strategy game with personal weaponary and strategic building of turrets, walls, and traps to defend against oncoming enemies.” ● The goal is to defend the base until all enemy waves k…

The time for the rescue has come! The world has been waiting for a savior who will stop the spreading zombie invasion and prevent it from turning into an apocalypse! If you want to earn the prize for the rescuer of the human race that has been infested by the raging zombie animals, play the ultimate Zombie Shooter Defense Game free for Android and…

You are the operator of the ZK-352 laser defense system (recently nicknamed the "Zombie Killer"), the first line of defense that was set up in the event of a zombie outbreak. Your goal is to contain the outbreak while coordinating ground forces and survivors for evacuation. Lead the survivors of this outbreak to safety and do not let the…

A zed defense game. Zombie Blitz takes back the old habit of blasting zombies from afar, which is not only safer but more enjoyable. In this case, you manage different air squadrons in order to protect civilian shelters from zombie herds. This game is played through a top-down perspective, in which you tap wherever you want to bomb and wait the com…. 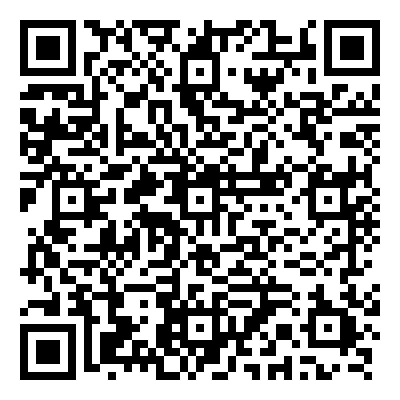