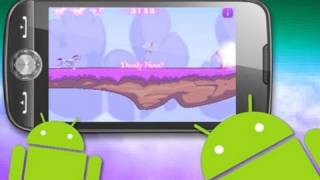 A dash and jump game

"Non sense gaming at its best"

Robot Unicorn Attack, which I could rather name it "Robot Unicorn Chasing Rainbow Attack Zestfully Yam-free", where yam-free is the only thing that came to my mind starting by Y so it'd be read in short R.U.CRAZY, is one of those simple games endorsed by a rude amount of downloads in iOS appstore. I don't know if it speaks well of iOS users, but it seems to be the reason why there isn't any lite, trial or demo version for Android.

Game's as simple as it should. You can dash and jump, and your goal is to arrive the farther the better. Game speed increases as you advance. There are rainbows and so. Music is the catchiest thing you have ever heard. This game is as hateful as addictive. It might be the worst game ever, but once you play you can't get rid of it. Ever. There should a "danger" sign on the title page.

Yes, that's all. It's about a hysterical unicorn surviving a non-sense gameplay. It's awesome. Until you uninstall it. And you breath, back to real life again.

• "Creates an experience that is quite honestly too awesome for words." -Touch Arcade
• "There's nothing better than storming the purple shores of some nameless land as a robot, rainbow-sh***ing unicorn to the beat of Erasure's 'Always'." -Kotaku
• Finally, the addicting Internet sensation gallops majestically onto Android Market

Everyone has dreams…even robot unicorns. Well, ESPECIALLY robot unicorns. They have dreams of fairies and dolphins and Erasure. And they chase them like nobody's business. Now you can live the life of a robot unicorn everywhere you go with ROBOT UNICORN ATTACK for your favorite Android device. Run like the wind, dash like the rain, and make your dreams come true.*

Welcome to Tornado Robot Transforming: Future Robot Wars with a blend of superhero & robot transforming games features. Robots wars have commenced in this tornado simulator which is giving you a new taste of war robot games. Futuristic robot battle is not a new thing in robot shooting games where future robot wants to demolish country peace. Th…

Have you ever dreamed of having a cute little unicorn as your pet? Now, with a little bit of imagination, that is possible! Pink Unicorn Theme Launcher is your brand new theme customizer. You’ll fall in love with these amazing pink themes for sure and once you see all the unicorn wallpapers and backgrounds we designed you'll will never want to…

Unicorn Pet - a new, magical, 3d virtual pet game is here! Pick your pony and enjoy this magical saga in unicorns world. In the magical world of the Unicorns, life was peaceful and pleasant. That was until the evil Warlock imprisoned nearly all of the unicorns in his ghastly castle and took away their magic power. Fortunately, there's still th…

New Night-Star-Glitter-Unicorn-Keyboard Theme is just around the corner, we will make your smartphone bring a Glitter Floral unicorn night Theme with this creative Cute pink Flower Unicorn Theme designed by our creative team just for you! Get this Unicorn Night glitter Keyboard keyboard theme for your Dream-starts-Unicorn-Keyboard free! -Use Glit… 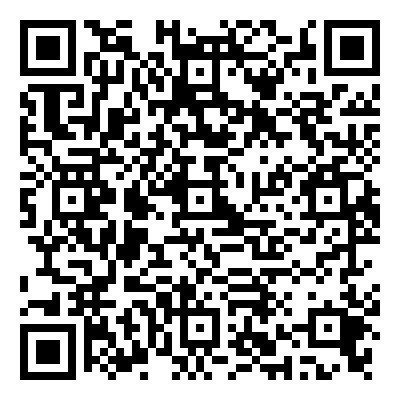 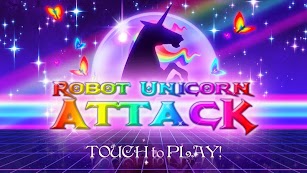 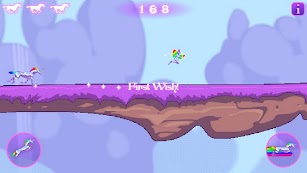 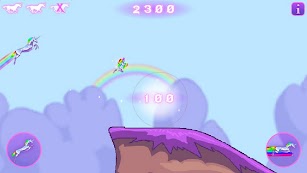