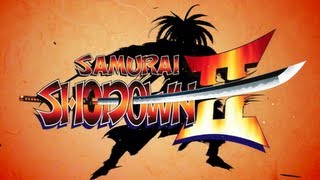 Samurai Shodown (or Samurai Spirits) was one of the most popular 2D fighting franchises at the time, and there are still discussions on which was the best, if the second or the fourth part of the series. It moved away from other coetaneous thanks to its brutality (you could be defeated by two hits and bleed to death on screen), the pinpoint accuracy and timing needed to master the game and the fact that characters wielded weapons and could be disarmed under specific circumstances. It was a fighting game for pro-gamers, where there was no place for noobs smashing buttons at random.

Nearly twenty years later it lands in the store with a striking price tag while being, over all, the same game from head to toe. The same characters, the same scenarios and the same charismatic foes. A few moves from subsequent Samurai Shodown games have been added, namely those to move around dodging fireballs, and there's an easy control mode to perform super-attacks.

The most relevant feature is the chance to play against a friend via Bluetooth (hey, this is what we were looking for!); however, its price is a big flaw, especially if we take into account that there are several emulators around and it's been released for some seventh generation consoles.

There was a way to fight against the referee back in Neo Geo times. If someone gets it on mobile, would you be as kind as to reach us and tell us how?

Due to the fantastic response from our devoted fans, we have extended the Sale Campaign for "SAMURAI SHODOWN II"!

Spread the word and don't miss out on this unique opportunity to play "SAMURAI SHODOWN II" with your friends!

SAMURAI SHODOWN II, the sword-based fighting game masterpiece has finally cut its way to Android devices!
Slash the powerful adversaries standing in your path, and put a stop to Mizuki Rashojin's evil ambitions!

* The fan favourite installment in SNK's highly acclaimed series!
The 2nd episode of the SAMURAI SHODOWN Series, is still beloved by fans of the series all across the world.
Preserving the charm of the first game, its sequel brings the characters, world, and game system to the next level.

* An incredible cast of 15 charismatic master swordmen head to the battlefield in order to fulfill their destiny.
Haohmaru, Nakoruru, Ukyo Tachibana, Hanzo Hattori, Jubei Yagyu, and the rest of the 11 original characters return.
Genjuro Kibagami, Cham Cham, Neinhalt Sieger, and Nicotine Caffeine come into play to complete the cast as the newcomers!

* A new and expanded move list! Disarm your rivals by unleashing a Weapon Smash Attack!
Forward Somersault, Backward Flip, Crouch, and even more moves have been added. A Weapon Smash can be performed when your Rage Gauge reaches its MAX!
Finesse, or brute force? Let your hidden techniques express your fighting style!

* A perfect port of this NEOGEO classic, adding new features for an even better experience!
In addition to the original 4 button arcade experience, a 6 button layout and SP button allow you to easily pull off strong slashes and special moves by simply using the Touch Screen!

Become the new challenger in the all-time classic THE KING OF FIGHTERS '97 on Android! Revisit this fighting gem, by playing one of its legendary (and sometimes hidden) teams, and behold the numerous endings the game has to offer! Put an end to the evil Orochi's resurrection scheme, and finally settle the score between Kyo Kusanagi and Ior… 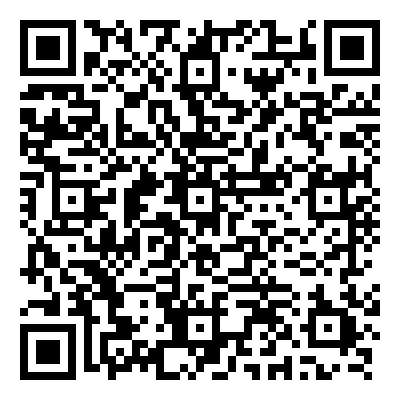 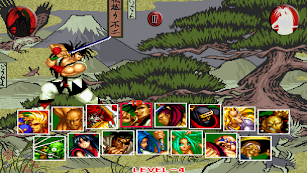 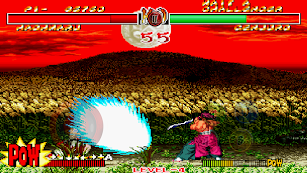 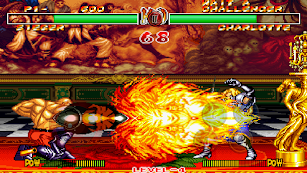 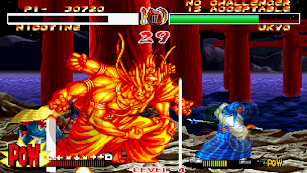 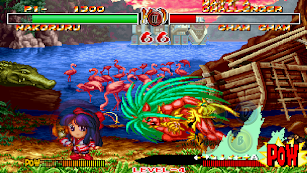