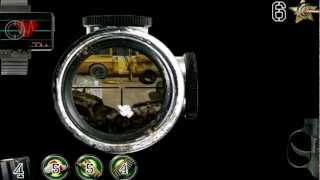 A sniping game on a chaotic scenario

"One shoot is enough"

Being member of the selected club of realistic sniping games, Shooting club 2 preserves all the classical elements of sniping games: enemies will hide and even cover behind innocents; you can choose among real weapons with different atributes (regrettably only eight of them) and wind plays a key role. In addition, this game involves heartbeat in the mix (something we might not have seen since Metal Gear Solid, I'm afraid) and serious flying times because, you know, bullets don't teleport.

In a game where accuracy is so important, it's a pity that graphics aren't better, and touch response may play more than a dirty trick on you. Fortunately, tutorial missions are excellent, and there are quite a handful of missions to be enjoyed.

Lastly, we'd like there were any kind of cooperative gameplay, or at least a campaign with a storyline. That would be great, but it's a free game anyway, so don't look a gift horse in the mouth.

In the second part of the 'Shooting club' we offer you to feel like a real sniper. Target, weapon, shot ... do you already feel adrenaline in your blood? There is no sense to argue that everyone, at least once in his life, dreamed to be a professional shooter with a sniper rifle. Here you have such an opportunity!

This simulator of sniper shooting is characterized by maximum connection with reality. Here not only shot accuracy has great importance, but also specific characteristics of rifles, distance to the target, wind direction, and even heartbeat.

The player has a great choice of the most popular models of sniper weapons from all over the world.

Shoot down all the enemies before they kill you. Play on 12 levels with increasing difficulty, fighting against gunmen, snipers, enemies with machine-guns along the different places. Use your weapons against the different enemies to advance in the game. The shotgun is very effective in short distances and also for moving targets. Your rifle lets yo…

Best FPS Shooting Action Game In one line best aim and shoot game. In this game as a secret agent you have to finish the missions within provided ammo and time. You can shoot multiple targets in different missions. By buying bigger telescope helps to view clear targets. Auto reloading, telescope and breath control make it best user experience game…

A 3D sniping game. Sniper Forces is a 3D sniping game in which you, from a cheeky profitable position, have to shoot down all enemies in sight. This enemies are professional mercenaries, so they won't approach in a straight line as zombies, but will try to deceive you and look for cover before shooting you back. Everything's set on a snowed mountai….

A 3D sniping game. This game we may abbreviate as AZSF for short, is a Zombie Sniper game, and as such, follows the same premises other umpteen zombie sniping games do. You know how it works, and it's hard to explain it without using the same words we did before, but imagine you're in a privileged position, armed with an elephant hunting rifle and….

Sniper Action School is an interactive shooter training. You dip into the atmosphere of the sniper training. It's real training for police and military sniper, elite fighters and regular officers. The game has five different types of firearms such as pistols, machine guns, sniper rifle, assault rifle, submachine gun. Game levels will increase y… 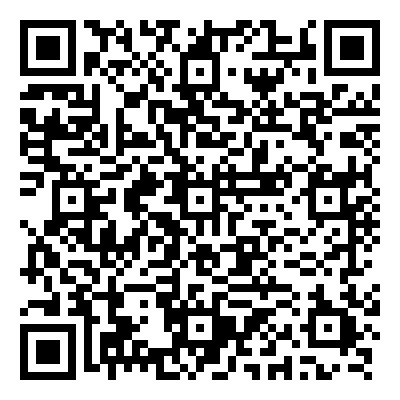 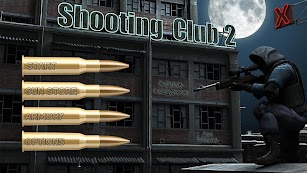 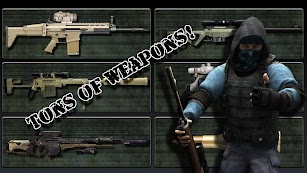 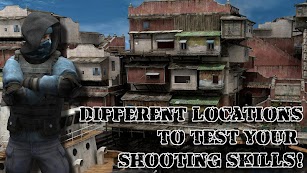