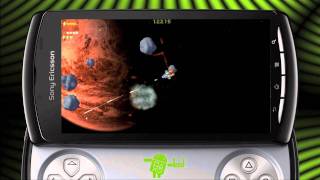 Moga enabled. Full version with restrictions, without ads. Upgrade to use power-up weaponry.

Your missions is to destroy waves of aliens spaceships protecting their ultimate shelter: Planet Sinister. The battle is happening on the planet surface, surrounded and threatened by asteroids.

You will have to survive up to 25 wave of aliens ready to die for their planet. Although it reminds to classic space invaders, this isn't a vertical space shooter but a multi-touch 360º shooting. Go all over the level to find aliens ships. There are two game modes: Arcade and Battle. In Arcade mode collect weapons during each wave; in Battle mode collect gold to upgrade ship between waves.

Some of the spaceship or asteroids destroyed will drop power-ups. Catch them as fast as you can: they'll help you to last longer. What's more, you can upgrade your spaceship to make it more resistant to enemies' attack. You can share your scores on global high score systems. There are also awards and achievements that you'll unlock depending on your performance.

3D graphics are simple, fair enough for this kind of shooters. controls are simple: automatic shooting, joypad on the left side to control the spaceship.

In a few words, Neolithic Software didn't discover a new land with this game, however, can assure you lots of fun.

If you own an HTC phone and discover the controls to be 'sticking' make sure you disable 'HTC Gestures' from the Settings -> 'Display, gestures & buttons' menu. With this option enabled the device can only register two touch points.

Blast your way through wave after wave of relentless alien hoards. Five increasingly challenging planets to destroy. Ship upgrades and increasingly frantic gameplay will keep you coming back for more! Beautifully rendered asteroids and retro-style graphics will transport you back to the heyday of arcade classics.

* End of level boss to destruct the planet!

Your objective is to attack and destroy a series of alien worlds, the ultimate of which is Planet Sinister. To destroy each world you'll attack the planet surface and take out the power grid protecting the planet's core.

To aid you on your quest, you'll have the opportunity to upgrade your ship's weapon systems, by means of collecting power-ups (in Arcade mode) or collecting gold (in Battle mode).
As you progress through the waves, you're going to need those upgrades as more deadly enemies are introduced. Old-school afficanados will recognise some of the aliens based closly on such classics as Galaga and Defender (take a look at the Pods/Swarmers!). Upgrades available include extra laser pods to double or triple your firepower, ECM attacks (aka Smart bombs), turrets for multi-touch 360 degree shooting, and more.

To progess each wave, your task is to collect the gems produced when blasting the asteroids (think: Sinistar). Don't worry, the asteroids won't hurt you, but you'll be faced with a different challenge - your enemy ('Roamers') just love to grab those Gems too - so make sure you reach them first - and beware! Shoot them quickly, or they'll be transformed into a much more dangerous foe (think: Defender). Lose all your gems and you'll have to fight the remained of the waves from 'Witchspace' with nothing but chaotic Mutons attacking from all sides.

As a welcome respite from the hard-core destruction, you'll get the chance to gain some bonus points by completing the challenge waves. Aliens will fly in formation around your ship while you attempt to do a complete wipe-out (think: Galaga). It's not easy, but getting the right upgrades will aid your task. During these waves your ship gains temporary indestructibility.

Sinister Planet has been carefully crafted over many months to provide the perfect challenge of difficulty vs playability. As you improve, the game will grow harder to meet your challenge. So far only one player has destroyed the Planet Sinister - may you be the next?

Three years have passed since you valiantly tried to defend the Earth from the asteroid bombardment. You tried your best, but the shields failed and your beloved planet was destroyed. Now you're trying to race away from the destruction through wave after wave of meteoric menace, only this time you're carrying heavy weaponry, and that might…

Alien Fiends is an alien shoot'em up style game where you blast your way through 100 exciting levels, destroying each attacking alien wave. How to Play: Control your ship left and right firing on the attacking aliens. Game Features: - 100 Levels including 5 Boss levels. - Increasingly challenging levels. - Numerous bonuses and weapons power…

A true 3D arcade game. Space Trooper is an original 3D arcade whose main feature is that the battleground are spheres (namely, planets) in where you have to battle waves of bug-like aliens. Your character is controlled by two on-screen joysticks, one to move and the other one to aim, plus some gestures such as tapping the latter twice to throw a ga….

Sinister Planet is an original action multi-touch space shooter. Xperia Optimized. Your missions is to destroy waves of aliens spaceships protecting their ultimate shelter: Planet Sinister. The battle is happening on different planet surfaces, surrounded and threatened by asteroids. You will have to survive up to 25 wave of aliens ready to die for…. 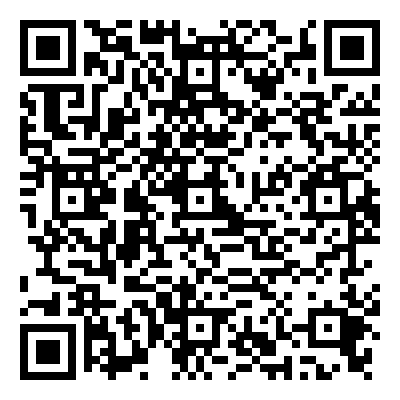