SEGA keeps delighting us with new adventures of the classic saga Sonic. In this new release, an old-friend has shown up: Tails, the intrepid fox. He will help Sonic to complete any new challenge ahead. The effectiveness of their partnership has been proved in the past.

However, in this new episode, Dr. Eggman has also found an evil partner: Metal Sonic. Such alliance is threatening Sonic's world. New levels, obstacles, handicaps and hundreds of loops to make you enjoy to the fullest. Gameplay, of course, is still the same: run, run and run, grab rings, avoid enemies making you lose them and, above all, reach the end of the level in time record.

Powered by Nvidia Tegra processors, this new saga of Sonic is graphically outstanding. This shows how an old game coming from the 8-bit era can become a success nowadays being graphically enhanced, while keeping its essence. One of those improvements is the Collaborative Play via Bluetooth: you can team up with a friend and take control of sonic and Tails.

In this Lite version, players will only be able to play two levels from the 1st Act. Full version will unlock all of them. In addition, users who own both Episodes I & II will unlock an exclusive scenerario featuring Metal Sonic. If you are a Sonic saga fan, you shouldn't miss it.

The Sonic 4 Saga continues in Episode II. Take Sonic and Tails for a spin in this Lite version of Sonic The Hedghehog 4 Episode II THD Lite!

The Sonic 4 Saga continues in Episode II with the return of a beloved side kick and fan-favorite villains!

Following the events of Episode I, Metal Sonic has returned to form a formidable alliance with Dr. Eggman! To face this new evil, Sonic will have to call upon an old friend to help him save the day! Now joined by Tails, race across four brand new Zones and take down fearsome new badniks with deadly combination moves in order to put an end to this dastardly duo’s plans!

Once users purchase full version, below contents are added:
4 Zones Plus 7 Special Stages!

Collaborative Play
Team up with a friend via Bluetooth and take control of Sonic and Tails as they battle against Dr. Eggman and Metal Sonic!

Lock-on with Episode Metal
Users who own both Episodes I & II will unlock an exclusive scenario featuring Metal Sonic! Explore four Acts across four reworked Zones from Episode I and experience the story of Metal Sonic's revival after his defeat in Sonic CD!

SEGA, the SEGA logo, SONIC THE HEDGEHOG and SONIC 4 EPISODE II are either registered trade marks or trade marks of SEGA Holdings Co., Ltd. or its affiliates. All rights reserved.

Sonic 4 Episode II THD brings new adventures of our beloved hedgehog. SEGA keeps delighting us with new adventures of the classic saga Sonic. In this new release, an old-friend has shown up: Tails, the intrepid fox. He will help Sonic to complete any new challenge ahead. The effectiveness of their partnership has been proved in the past. However, i….

Play Sonic as you've never done it before. We love Sonic, no matter if he runs over the ground or if he decides to soar through the sky. Of course, the latter's the point in Sonic Jump. Gameplay's is simple: you must jump over platforms and avoid falling down while dodging enemies and obstacles and making the most of power-ups and boosters. There a….

The Sonic game that started it all is now free-to-play and optimized for mobile devices! Race at lightning speeds across seven classic zones as Sonic the Hedgehog. Run and spin through loop-de-loops as you collect rings and defeat enemies on your mission to save the world from the evil Dr. Eggman. Sonic the Hedgehog joins the SEGA Forever classi…

Time travel to save the world in SEGA's highly acclaimed Sonic platformer that introduced Amy Rose and Metal Sonic! Past, present, and future collide as Sonic battles to rescue Amy Rose and recover the seven Time Stones! Travel through time to defeat Dr. Eggman and his fiendish creation, Metal Sonic. Sonic CD is part of the SEGA Forever class…

Play as Sonic, Tails, and Metal Sonic in this 2D adventure! Metal Sonic has teamed up with Dr. Eggman, and the dubious duo are together on Little Planet, ready to build a new Death Egg, this time constructed around Little Planet. It’s up to Sonic and his trusty sidekick to foil Dr. Eggman’s plans and take down Death Egg mk.II. With a classic ‘Son…

One of the best selling SEGA games of all time - Sonic The Hedgehog 2 is now available for free on mobile! Rediscover SEGA’s super Sonic masterpiece! Dr. Eggman is back to his old tricks, trying to find the seven Chaos Emeralds that will enable him to complete his ultimate weapon, the Death Egg. Only the triple threat of Sonic, Tails, and Knuckles… 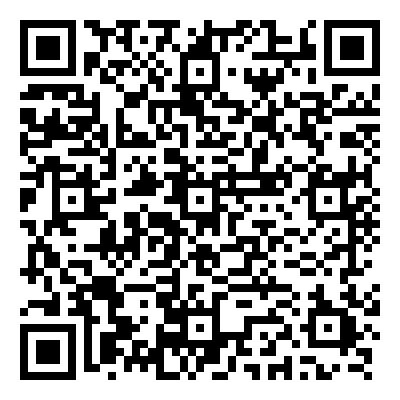 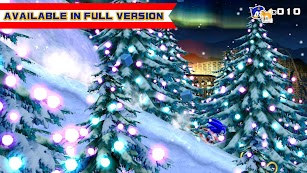 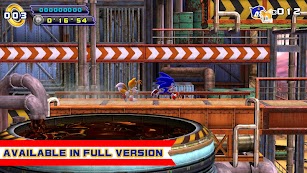 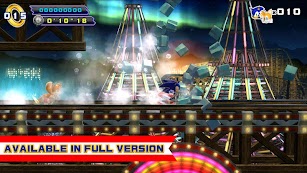 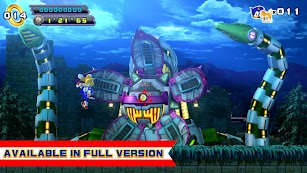 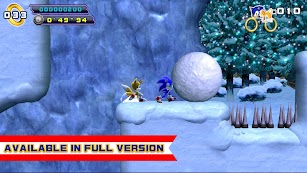 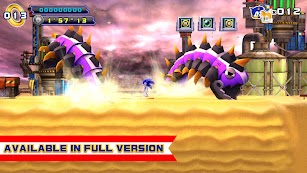