Control the spaceman, collect the items and wait for the teleport

"The spaceman says, Everybody look down It's all in your mind"

In Space Runner, you will need to control the spaceman so he collects all the items appearing on the screen and avoids all the enemies that want to destroy him.

Go up and down using the ladders and wait for the teleport to appear once you've collected everything. Move the spaceman by dragging your finger around and flicking the character to make it move wherever you want: left, right, up and down.

The main problem is that these controls are nothing smooth and the game ends up being boring and annoying, as it's really hard to control the character and complete the level. Some times, the spaceman won't move and the enemies will get to you sooner than you thought.

Aleksey Taranov is the developer of Space Runner, a game that could be much better if the controls were to be changed and the graphics were slightly improved. Right now, it's just not enjoyable.

Control a spaceman, collect items and avoid enemies.
Climb up and down using ladders and hang on ropes.
When all items are collected - a teleport will appear.
Use Shoot button to create peats and trap monsters.

Swim as fast as you can! DODGE the oncoming Shark Cute little puppy is exploring under the sea. He has to avoid all the dangerous obstacles and go as furthest as he can. Use many different items to go farthest Have a joy ride! - Collect stars and upgrade - Booster item makes him invincible - Oxygen tank item. - Powered jetpack! - Colorful and v…

All the recipes from Minecraft, just one tap away! Requires no internet connection to use! Features: • See ALL the recipes of a block/item • Fully featured potion brewing guide • Resource breakdown with hierarchical view, so you can easily see which items you actually need to collect! • Resource calculator that shows you in an instant how many re…

A task-oriented app the for library staff that is used for circulating library materials and processing books in the stacks. Use the app for doing item inventory, weeding your collection, pulling on-shelf holds, checking books in and out, renewing materials, checking the status of an item, mark an in-house item as used and add or modify users. Do s…

Stay connected to the Moorestown Library from wherever you are! Look for items in our collection, place holds or renew items, and follow us on Facebook. You can also download ebooks and audiobooks from OverDrive, check on upcoming programs, or see a list of new items. Even better – scan the ISBN bar code of any book in a store and our app will au…

Control the ship and guide it to the end. Deep Search is a simple arcade game in which you need to control your ship and guide it to the end of the level. On its way, you should try to collect the items and avoid the lava flows at all costs. How to play? Actually, you need to tilt the device in order to move the ship, which is equally enjoyable and…. 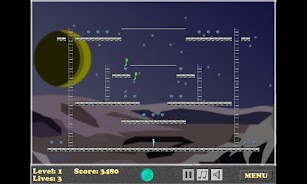 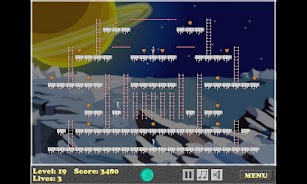