Plot: Due to the war between Humans and Hive Queen army (aliens), Earth was destroyed. Only some colonies and Strikefleet Omega remained. You are in charge of Strikefleet Omega, the last redoubt of Human army, and the only hope of the humans.

Its gameplay reminds those airport managers in which you have to tap and drag to the point you want to path your units/ships. Your mission is to travel with your mothership through different system invaded by aliens. Steer your units through waves of enemy ships and clear the system.

It reminds tower defense gameplay too since enemy units come by waves that you have to deal with. In order to success, you'll need to upgrade your mothership which will enhance your units weaponry. Likewise, there are different types of spaceships you'll need to buy with the funds you receive when winning battles (you can get more by in-app purchase). Invest your resources in survival is a good idea, believe me.

There are two different game modes: survival, which is an endless mode "how you can last"-based and the campaign mode, with dialogues, final bosses and different environments. Survival is good for practice, campaign is the keystone of this game.

Graphics are rich: eyebird view like classic vertical shooters, however, scenery is cute and clear. Controls are intuitive, just bit chaotic when there are lots of units on the field.

In a few words, a good job made by 6waves. A game to take delight.

Best of 2012 Winner on Google Play, featured as Staff Pick! Don't miss it, you will like it. Download Strikefleet Omega Now!

“It's a must-download for anyone who enjoys games that require fast reflexes and quick thinking, or just wants to have a blast while making sure humanity sticks around for a while.” - Gamezebo

Creative & Evocative Totally brilliant design. No gameplay quite like it. Highly recommended.
Great Game The production qualities are top notch. Another great game by Harebrained Schemes!

PLAY IN CAMPAIGN OR SURVIVAL MODE!

Earth has been destroyed by the Hive Queen and her Brood and you command Humanity's last defender, Strikefleet Omega. As Omega's Admiral, you are charged with a desperate mission--find the Queen and stop her before she obliterates our remaining colonies.

Warping from star system to star system in your search, Strikefleet Omega struggles to survive an onslaught of enemy attacks while mining precious crystals which allow you to warp in reinforcements from the last remaining shipyard in the Armada.

Choose from dozens of powerful capital ships such as:

And many, many more—including the devastating DEATH BLOSSOM, which unleashes the full power of your command ship, destroying entire waves of enemies at once!

Join the Armada and take your place as the Admiral of Strikefleet Omega!

Commander Zippy and his Nefarious Alien Scum are aiming to destroy the earth. Survive waves of Zippy attackers from eight Zippy mother ships before facing Commander Z in the last battle to save mankind! Earn cannon upgrades along the way to gain the most devastating firepower. Visit www.zippyblaster.com to see your scores ranked against the best…

Deploy your planes carefully in this top down bomber game. Expect explosive action as the levels get more difficult and swarms of enemy tanks and ships descend upon you from all angles. Simply tap on the screen or draw a line where you want the planes to drop bombs/mines and attempt to save the village from the advancing enemies! Bomber Command…

Rex is now terrorizing Paris. Destroy everything in his path and feed his very big appetite! Bon appetit! This game is 2D T-Rex game. Vive la France?! Not on T-Rex's watch! Not finished yet with his trip through Europe the human flesh loving dinosaur goes evil again. Decorated with two horns on top of his head he wants to stop for a bite to ea…

Watch ships from Earth, the Gliese 581 star system, and the Epsilon Eridani star system battle for survival in space on your device! Can be used as either a Live Wallpaper or screen saver. This is the Lite version, featuring: - 3 ships, 1 from each faction, each with unique properties and behavior - Take control of a ship's fate by double-t…

Watch ships from Earth, the Gliese 581 star system, and the Epsilon Eridani star system battle for survival in space on your device! Can be used as either a Live Wallpaper or screen saver. Features: - 6 capital ships, 2 from each faction, each with unique properties and behavior - (New) Each faction now has bomber class ships - Fighter class s…

Fleet Battle brings the classic Sea Battle to your smartphone or tablet in a cool blueprint look. The game offers everything that made the classic so popular. Defeat ship after ship and rise through the ranks - from Seaman Recruit up to Admiral of the Navy. Pit yourself against the computer or your friends and prove you have the makings of a real… 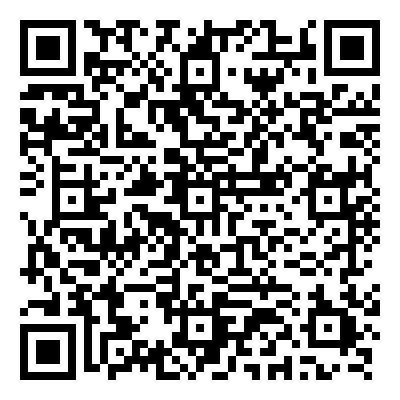 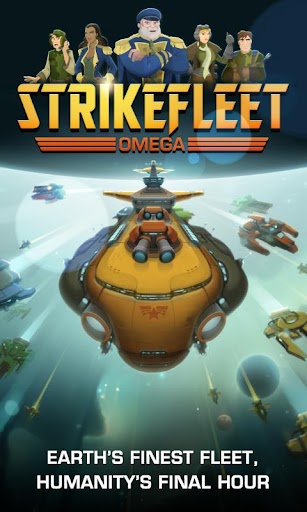 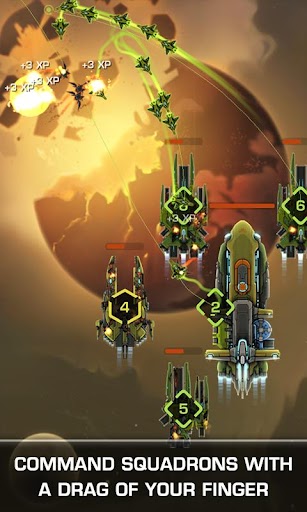 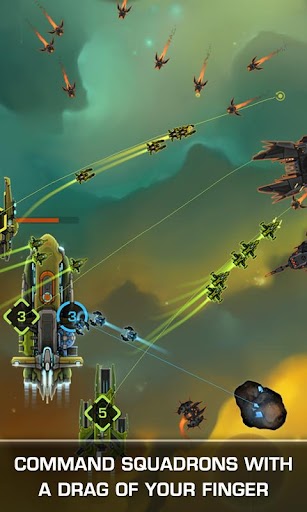 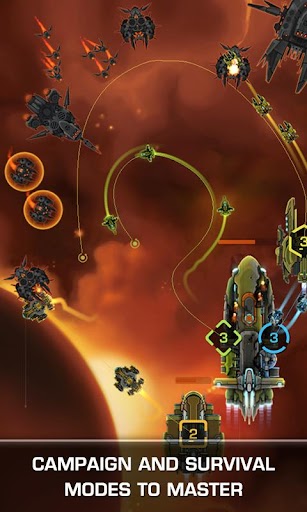 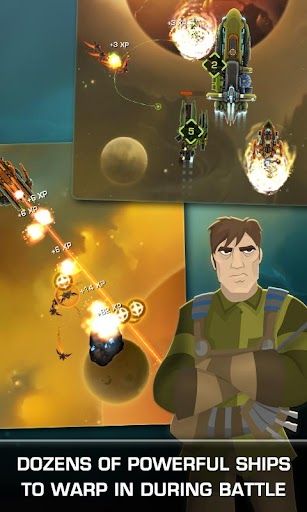