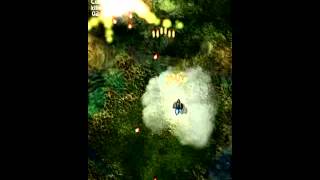 v.1.2.7
- fixed bug where after finishing a stage - game hanged on loading scene

"Not just another shoot'em up"

Action, frenetic game pace: words to describe this retro-inspired space shooter. Although gameplay is taken from the classic space shooters of the early 80's, rhythm, graphics and controls have been optimized to be played on mobile devices.

Your goal is to blast Xelorian invaders through 6 different stages in your Homeworld (Red Baron, episode 2 is coming soon). You're alone on the command of a spaceship which can be updated by taking items that the Xelorians invaders drop when their units explode.

Although graphics are retro-inspired, they've updated: 3D background environments and explosion effects are the proof of it. Likewise, there's an automatic camera zooming that makes it overcoming the space shooter quality standards. To control the spaceship hold the indicator with your finger and move around, it automatically shoot and change weapon when you grab it (there are up to 8 different weapons). Such easy. We specially like that when you release your finger, the game pause.

There are up to 30 types of different enemy units, 4 difficulty levels, 6 stages and final bosses in each. Storyline, graphics and game pace makes it one of the best space shooters on the market. Go and get it.

Demo version.
Xelorians is a highly dynamic fast paced shoot’em up inspired by arcade shmup console games of the 90s.

●●●●●● Reviews ●●●●●●
"Storyline, graphics and game pace makes it one of the best space shooters on the market. Go and get it." - androidzoom.com

"Look, Xelorians is a top-down scrolling shooter, and I know that you’ve seen a million of them. But Xelorians is actually worth your time. It looks great, is designed smartly, and the difficulty level is just right." - www.tested.com

●●●●●● How to play ? ●●●●●●
Move around the screen by holding the indicator with a finger.
When you remove your finger from the indicator, the game will pause.

Collect everything from the rotating white rings.
Collect yellow Xelor crystals to upgrade your weapon damage.

●●●●●● Story ●●●●●●
Due to the technological development and discovery of the red matter in 2021, colonization of Mars became a fact. Developing the new time theory enabled controlling its existing form. The world has changed thanks to that! Machines which slow down the time are a permanent element of the human life.

In 2026, just after establishing the EIA (Earth Interplanetary Alliance) and determining the space law, people started to make regular trips into space. Thanks to the minerals obtained during the explorations of other planets, the technological development continues to pick up pace.
15 years later, at the beginning of 2036 after intercepting an unusual signal from an unknown civilization, the EIA Ministry assigned all its financial and logistic resources in order to make another contact..

Unfortunately, the Xelorians turned out to be uninterested in the diplomatic contact with humans and the only activity which they were willing to take towards human beings was to begin military action.

Thanks to the diversifying actions we found out that the foreign race, the Xelorians as they would call themselves, had expansive intentions.
After a biophysical analysis of a captured alive Xelorian, our scientists found out that the destructive genes in those species were assimilated in their DNA artificially, thus we can be certain there is something of the very unknown and unimaginable to the human race behind the invasion.

However, the foreign race committed a huge mistake. They have misestimated their chances not knowing what the humans are capable of. Although the human civilization is coming to a destruction point, people have come together as never before.

Physicists have discovered the source of supply of the foreign units. They are the crystals of Xelors which in most cases are undamaged during destruction. The physicists have developed provisional mechanisms which can reinforce the kinetic properties of specific weapons when implemented into them.

You are an airman of a standard EIA hybrid unit of the 5th generation.
Current aim: resist and prevent the attack on Earth

This is a tribute to the game Tyrian for PC.

Aliens are threatening the Earth once again with their massive numbers. You must defeat the aliens! Gain upgrades to your spaceship by destroying aliens. Control the spaceship by tilting the phone / tablet and fire by tapping the screen. Alien Invasion is a Space Invaders type of a Android arcade game with more modern game-play, awesome features a…

Space shooter different from others of it's genre. Instead of only dodging and shooting down anything on the screen, it offers a variety of different missions types (survival, collecting, bombing, escort) and a setup / upgrade system of your ships that allows the player to use more strategy to beat each mission. In the future humans achieved p…

An old school shmup. Battleray Starfighter is a yet-another vertical scroller shoot'em-up game in which your goal is to save the galaxy from the hordes of evil aliens coming from another dimension. Your spaceship is controlled by an on-screen pad and you have to not only shoot down any oncoming enemy spacecraft, but avoid meteorites and other obsta….

An epic, retro-style arcade defense shooter game. A completely free action shooter missile defense style game. In this sci-fi fantasy world, planet Earth is in the middle of the ultimate battle for survival. This action game will require more speed than any defense clone you have ever played. Forget the castles, galaxy, tower, or silly little t…

Stop them all – now! This fast-paced top-down shooter tests your aiming and strategic planning skills as you wipe out waves of attacking robots determined to bypass your gun emplacement. The conflict started when researchers from Earth were visiting Mars. There they discovered multiple types of walking robots. Some were slow, others were sprinters… 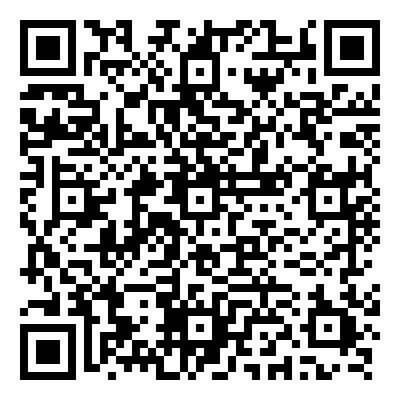