You've got to give credit to Bingo Mania for attempting to translate the traditional five-in-a-row game of chance into a fun and dynamic app for a mobile platform. There are many options here that might keep a serious Bingo addict coming back again and again - for example, every three numbers you successfully daub nets you a possibility for further bonuses, and each game you complete allows access to a treasure chest which could have free coins, bingo tokens, or more keys inside.

In the end, though, Bingo is about listening to someone call out random numbers and simply getting lucky, and that turns out not to be particularly fun when you're alone. There's a counter on the side of the board that tells you how many others are playing the same round as you, and there's a slight sense of rivalry when you notice them getting Bingos and you're still waiting on N41. However, there's no communication between you and the other players, and in general you're stuck listening to the app rattle off number after number to your eventual loss.

Bingo Mania is very obviously set up to get you to buy more tokens. In order to access any of the special features, you must spend your tokens, and they run out sooner rather than later. Unless you find yourself hopelessly intrigued by what the graphics in the other "rooms" look like, there's not a great deal of motivation to buy in with real cash.

If you enjoy slow-paced games of pure chance, you might enjoy exploring the features Bingo Mania adds to the basic structure of the game. Otherwise, you might be better off with an app with a more complex premise.

It's BINGO TIME!!! Try this NEW & EXCITING Bingo Game!
Bingo Craze is no ordinary bingo game where you just daub all the way to a one bingo, in this bingo game you can use unique power-items like one, two free daubs, extra chips & coins, instant bingo and many more to maximize your score! As you level up you can move around the world for more bingo rooms to visit with greater rewards and bonuses! Can you perfect all the cards in a round to achieve ultimate reward in a game? Try now and daub all the way to get a Perfect Bingo on this Bingo Craze!

PLAY REAL-TIME BINGO
- You can play this FREE Bingo game on your smartphone anywhere and anytime LIVE with your friends!

POWER-ITEMS
- Use power-items to increase your chance of getting a bingo and boost your scores to the maximum!

CHANGE CARD DURING PLAY
- Having no luck on getting a BINGO? Now you can change your card during play for getting a better chance to get INSTANT BINGO!

PERFECT BINGO
- Can you perfect your score to get all BINGOS? Great Rewards for manias will be given to those who can PERFECT BINGO on each round! Mania players will love it!

COLLECT PUZZLES
- You can collect Puzzles through Treasure Chests in each Bingo rooms to receive EXTRA BONUS.

TRAVEL AROUND THE WORLD
- Travel around the world for many Bingo rooms with new collection items, goals and better rewards!

ENJOY SLOT TOGETHER
- Isn't it fantastic that you can make BINGOs and spin SLOTs in one game!

Bingo Craze welcomes whoever is crazy and mania for Bingo!

***** Play the most UNIQUE and FUN Bingo game in the world! With lots of SPECIAL ROOMS to play! ***** We bring you the best BINGO game on mobile device with not just ordinary rooms, but with many Special rooms to play with unique winning patterns and special effects! Tired of not getting Bingo wins with ordinary boost items? Try our Super Power U…

Big Spins & Big Wins on Big Spin Bingo! Fortune's await when you spin the bingo wheel! B-9, O-62, I-28... BINGO! Blitz your way through our bingo rooms and bash your bingo dauber to start calling out BINGO! Big Spin Bingo offers: - Over 15 bingo rooms to play- from Classic Bingo to Festival Bingo! - 9 Power Ups to boost your game play inc…

You can play the BEST Bingo games free offline, without wifi, without Internet. Feeling lucky? Try your luck in the best Free Bingo Games on Android: Bingo Cute! Best offline Bingo games free like never before! Different kinds of exciting bingo games rooms, more cards than any other Bingo Casino games and also vivid bingo caller sound! If you lov…

The #1 Bingo Game Welcome to Bingo Blitz, the #1 free bingo game online! Take a trip around the Bingo World with your Bingo host - Blitzy! Join his bingo party and play bingo games for free. Get your daubs ready for all the BINGOS you can handle! The #1 Bingo game in the store, the #1 Bingo and Slots game in the world! Get Cookin' with Bli… 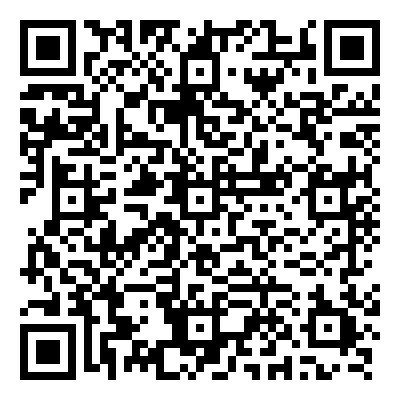 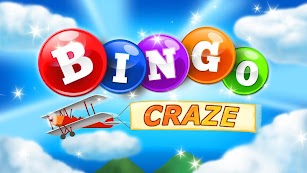 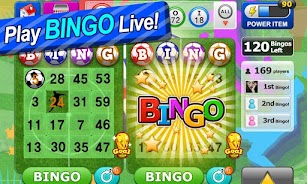 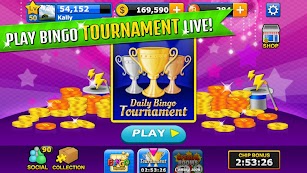 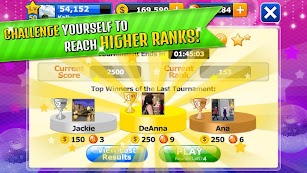 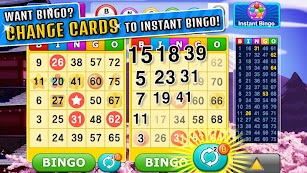 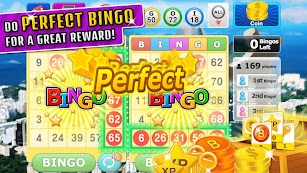 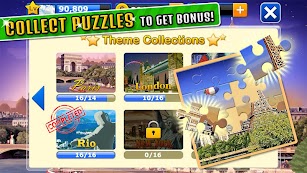