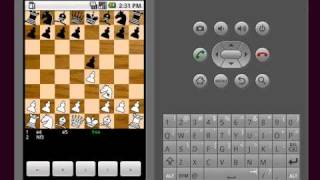 Download APK from previous versions of Chess for Android

Chess for Android is a chess game with a built-in java chess engine.

Chess for Android allows you to play against the computer or against real friends (there's no online version so far). The game accepts moves through the screentouch, the trackball or through the keyboard. You can check games played earlier to learn from mistakes. Games can also be saved, exported or imported as FEN/PGN to continue from other devices. One of its main features is the option to turn the game into a “magnetic chessboard” and to play against a real friend. Chess for Android also supports the Universal Chess Interface (UCI). The graphics could definitely be improved; it’s a bit dull from our point of view and we’re not keen on green color used for the “move coach”. Plus, there’s no clock for controlling the time each move takes. It’s insanely difficult to beat the computer, but there are different levels to choose from.

If you’re a chess-lover and you like the challenge of playing against a tough computer opponent or your real friends (physically), then give it a go. We think there’s room for improvement and there are certainly better chess games on the market.

Chess for Android consists of a chess engine and a GUI. The application accepts moves through the touch screen, trackball, or keyboard (e2e4 pushes the king pawn, e1g1 castles king side, etc.). An optional "move coach" highlights valid user moves during input and last played engine move. Full game navigation enables users to correct mistakes or analyze games. Games import and export as FEN/PGN to and from the clipboard or via sharing, load and save as file, or are set up through a position editor. A draw by stalemate, insufficient material, the fifty move rule, or threefold repetition is recognized. The engine plays at various levels (including random, against itself in auto-play, or free-play, where the game can be used as a "magnetic chessboard"). The user can play either side and, independently, view the board from the perspective of white or black.

The application also connects to an external electronic chessboard (DGT, Certabo, and Millennium).

Play Chess23 if you have enough of these invincible chess engines which calculate a dozen moves in advance and don't give you a fair chance to win. Chess23 has its own brand new chess engine which is suitable especially for chess beginners. This way learning chess is pure fun. For professional chess players it is recommended to play with highe…

An application that helps you create chess openings, build a repertoire, and train against it. (Try this demo version before buying the pro version.) The main concept of this application is to learn ONE move (your best move) per position and to be prepared for ALL possible responses from your opponent. This allows certain variations, but these var…

This is the trial version of Chess PGN Master, a learning and study tool for chess amateurs and professionals alike. In order to improve in chess, apart from playing lots of games, it is essential to * study chess games from masters and to try to understand why the moves were played * study endgame positions * gain a basic knowledge of the opening…

With Snakes Chess, you can enjoy the fun of the classic board game "Snakes and Ladders", also known as "Chutes and Ladders" on your favorite Android phones or tablets. It is a simple and fun game that you will enjoy playing with your friends and family. Snakes Chess has a lovely design with smooth animation. Also, you get to…

Play against android engine, human or friend via bluetooth or online! Black Knight Chess is a two-player board game played on a chessboard, a square-checkered board with 64 squares arranged in an eight-by-eight grid. It is one of the world's most popular games, played by millions of people worldwide at home, in clubs, online, by correspondence…

Chess King Learn (https://learn.chessking.com/) is a unique collection of chess education courses. It includes courses in tactics, strategy, openings, middlegame, and endgame, split by levels from beginners to experienced players, and even professional players. With the help of this program, you can improve your chess knowledge, learn new tactical… 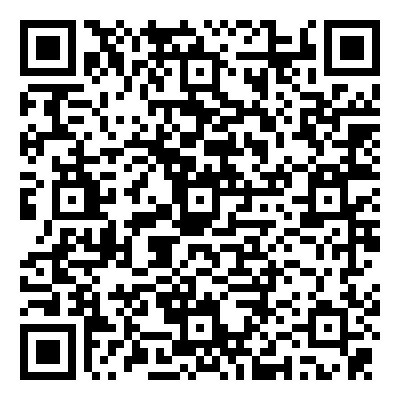 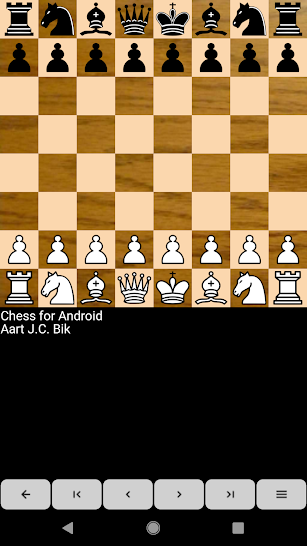 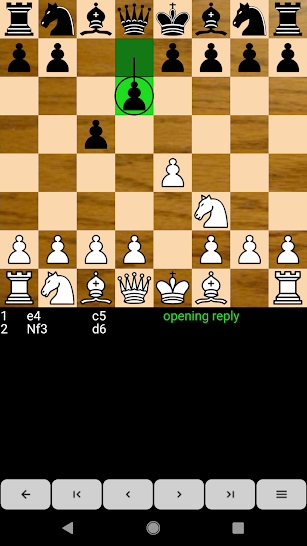 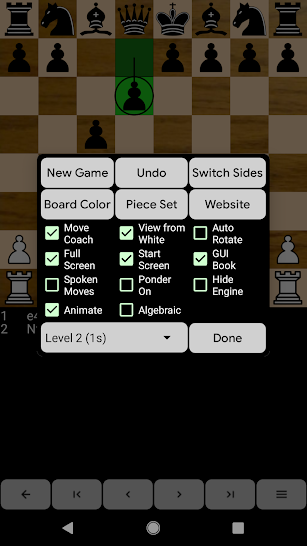 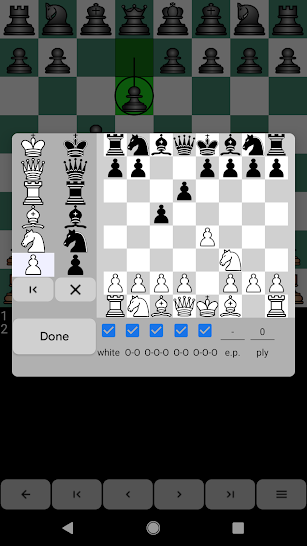 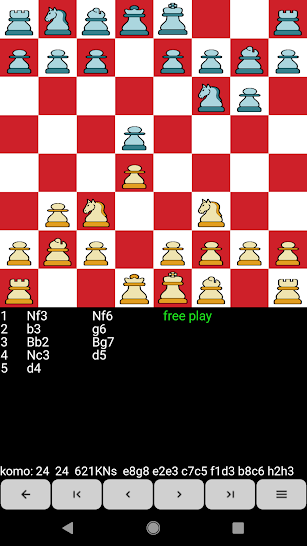 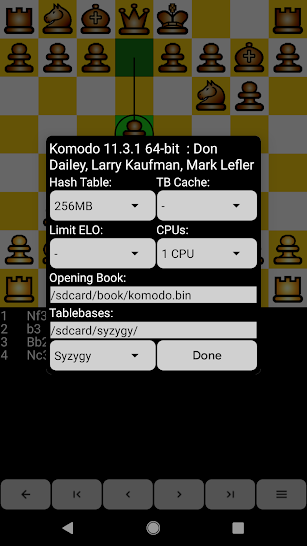 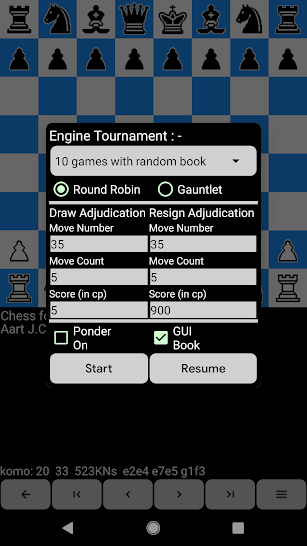 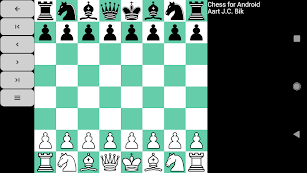 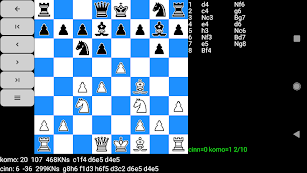 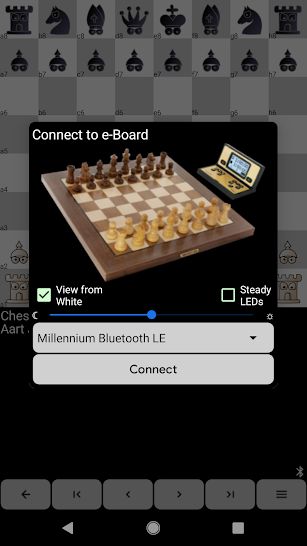