A few UI improvements and fixes

Chess. Mental fencing, willpower warfare, the triumph of mind over matter, or those little wooden pieces on a board that the elderly carry every other morning to the park... No matter what you call it, it should be on your mobile. Of course, you probably already have a lot of fun little games that are perfect for wasting your time, but I bet none of them is chess.

We believe that this app has some interesting features that differentiate it from many others we've seen so far. First of all, the rules of the game are written out in and easy-to-understand manner, so this app's suitable for those who want to learn practically from scratch. En passant capture and castling will be no longer be distant concepts.

The first thing that grabs our attention about this app is that when it’s launched there's a small intro where we see the machine play against itself. This is a nice touch.

There are ten difficulty levels, three boards and three piece sets. There should be more, but it has to be said that the strangest sets do slow the game down too much. In the easier levels, the IA is weaker but certainly not stupid and does not make unintelligible mistakes (at least, not too often), so beginners should have a realistic experience. At the end of the game, the match can be reviewed in algebraic notation. This option is useful for learning how to write matches down, but it's a pity that transcripts can't be shared or saved. Of course, games can be saved and resumed later and all you the pros out there will be happy with the option that lets you see what action the machine is contemplating before moving.

There's a hot seat option for playing with a friend and if this was available online, then we’d give the game a fifth star. While you're playing, the game shows ads on the upper part of the screen, but apart from that, this really is a great free chess app.

Chess Free is the best free Chess game on Android. For years it has been top ranked among the 600+ chess apps listed! Its first class tutor makes it great for both developing Chess Strategy and improving your chess skills.

Completely free! This is not a demo, and has no locked options.

-- 12 play levels (Novice->Expert) This uses intelligent weakening for lower levels. Good for beginners.
-- Casual and Pro modes. Learn on Casual and progress to Pro.
-- Chess Tutor. This powerful option shows a recommended piece to move, excellent for developing chess strategy and avoiding simple mistakes.
-- Analyse move. Perform deeper analysis on your move.
-- “Show CPU Thinking” option for level 3+. Allows the user to see what the AI is considering.
-- Achievements, Leaderboards and Cloud save for stats! Uses your Google+ account
-- Provides ELO Rating based on your results against CPU in Pro Mode.
-- Review game mode. Step through your game!
-- Load/Save game files & PGN Export
-- Designed for both Tablet and Phone, supporting Landscape mode for Tablets.
-- 2 player hot-seat and online. Play against your friends!
-- Chess Stats, Timers, Hints and Handicaps
-- 8 Chess Boards and 7 Chess Piece Sets
-- Uses Treebeard Chess engine (as used in Microsoft's MSN Chess). This has a unique "human-like" style.

This free version is supported by 3rd party ads. Ads may use internet connectivity, and therefore subsequent data charges may apply. The photos/media/files permission is required to allow the game to save game data to external storage, and is sometimes used to cache ads.

Perhaps the best chess app we've found so far.. Chess. Mental fencing, willpower warfare, the triumph of mind over matter, or those little wooden pieces on a board that elder carry every other morning to the park. No matter how you call it, it should be on your mobile. Of course, there are a lot of very fun little games perfectly fitted to waste yo….

Chess is a free board game for 2 players. Playing on a square board which made of 64 smaller squares and eight squares on each side. Player starts with sixteen pieces: eight pawns, two knights, two bishops, two rooks, one queen and one king. The goal of the game is for each player to try and checkmate the king of the opponent. Checkmate is a threat…

Four In A Line Free

Four in a Line Free the classic game now in your Android. Everybody have played it. Sure. This is an Android game that emulates the universal game four in line. There's no need to explain the gameplay, isn't? There are 10 difficulty levels from beginner to expert. You can play against the computer or against another real player (2 player hot-seat,….

Chess is a board game where two players go against each other using a 8x8 squares boards, generally black and white, with the goal of capturing the opponent’s king piece during a move called check. Each player has available about 16 pieces at the beginning: a king, a queen, two rooks, two bishops, two knights and eight pawns, which can be used in…

An easy and addictive way of playing Backgammon in your smarthphone. The ancient game in your smartphone: everyone knows it, although not everybody knows how to play. Still, don't worry if that is the case, since you have a good and easy list of Game Rules to learn. The options are the following: you can choose to be White or Black, change the leve….

Time to protect your king at no cost! This is the world's #1 multiplayer online chess game! HOW TO PLAY? The player starts with sixteen pieces: eight pawns, two knights, two bishops, two rooks, one queen and one king. The goal of the game is for each player to try and checkmate the king of the opponent. Checkmate is a threat ('check'… 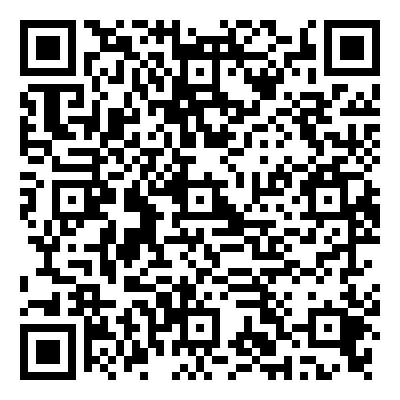