A few UI improvements and fixes
Android
»  Games
»  Board
»  Chess

Chess. Mental fencing, willpower warfare, the triumph of mind over matter, or those little wooden pieces on a board that elder carry every other morning to the park. No matter how you call it, it should be on your mobile. Of course, there are a lot of very fun little games perfectly fitted to waste your time, but none of them is chess.

We believe that this app has some interesting features that differentiate it from many others we've seen so far. First at all, there are written, easily explained, the game rules, so this app's suitable for those who want to learn nearly from the very beginning. En passant capture and castling will be no more esoteric concepts.

The first thing that catches our attention of this app is that just as it's launched there's a small intro, where we see the machine play against itself. It's a nice touch.

There are ten difficulty levels, three boards and three piece sets. There should be tens of them, but it's true that the strangest sets would slow down too much the game. In lower difficulty levels, the IA is weaker but not stupid and does not commit inexplicable failures (at least, not too often), so the experience for the beginner is optimal. At the end of the game, the match can be reviewed. This option is useful to learn how to write matches down, but it's a pity that transcripts can't be shared or saved. Of course, games can be saved and resumed later. On the other hand, the pros will be satisfied with the option to see what action is evaluating the machine before moving.

Same as our "Chess Free", but with no Ads and with extra 5 Chess boards!

"Chess" is currently the highest ranked paid chess on Android (at time of writing), from the paid chess programs listed.

Two different play modes allow you to choose how much help the game gives you, and stats are kept separate for both.

-- Uses Treebeard Chess engine
(as used in Microsoft's MSN Chess). This has a unique ""human-like"" style.

-- Chess Tutor
This option shows a recommended piece to move. This will help you think about how you should play without telling you exactly what move to make. This is good for developing chess skill while also helping you avoid simple mistakes.

-- ""Show CPU Thinking"" option for level 3+
A unique feature, great for learning chess. This shows which moves the AI is considering.

-- Chess Stats, Timers, Hints and Handicaps
Track your career history against each level and improve your rating

-- Achievements, Leaderboards and Cloud save for stats! (NEW!)
Available when logging in with your Google+ account

-- Provides ELO Rating based on your results against CPU in Pro Mode (NEW!)

-- 2 player hot-seat and online
Play against your friends!

-- Review game mode
Step back through your game and see how you won!

-- Designed for both Tablet and Phone
Landscape mode available for tablets. (NEW!)

Hasami Shogi is one of the most popular Shogi (Japanese chess) variants. The word "hasami" means "sandwiching" which shortly describes the way of capturing in this game. It is very challenging board game for all ages, easy to learn but hard to master. Challenge your strategic skills! ===== FEATURES ===== * 1-player mode (Human…

Chess is a free board game for 2 players. Playing on a square board which made of 64 smaller squares and eight squares on each side. Player starts with sixteen pieces: eight pawns, two knights, two bishops, two rooks, one queen and one king. The goal of the game is for each player to try and checkmate the king of the opponent. Checkmate is a threat…

Chess Raiders brings you the most exciting mobile live chess experience & the most entertaining way of upgrading your chess skills! Immerse yourself in 3 unique game modes (Adventure, 1 vs 1, Grandmaster), earn points & rewards by winning matches, advance your mastery and customise your avatar. CHALLENGE CHESS GRANDMASTERS Collect gems &a…

Perhaps the best chess app we've found so far.. Chess. Mental fencing, willpower warfare, the triumph of mind over matter, or those little wooden pieces on a board that the elderly carry every other morning to the park... No matter what you call it, it should be on your mobile. Of course, you probably already have a lot of fun little games that are….

EG Chess was the first true 3D Chess app experience to land on Google Play, and remains the top 3D Chess choice for purists and novices alike. It's no puzzle, just swipe to rotate the board, pinch anywhere on the board to zoom in, tap your pieces to move, form your strategy, capture, and win! Complicated problems around online player vs pla…

This casual chess game is perfect for casual players to play on your phone or tablet. It allows you to play 1 player or 2 players games. In one player games, you will be playing against the device against machine AI (Artificial Intelligence) algorithm. In two player games, you can take turns with your friend/family to play the game on the mobile…

Time to protect your king at no cost! This is the world's #1 multiplayer online chess game! HOW TO PLAY? The player starts with sixteen pieces: eight pawns, two knights, two bishops, two rooks, one queen and one king. The goal of the game is for each player to try and checkmate the king of the opponent. Checkmate is a threat ('check'… 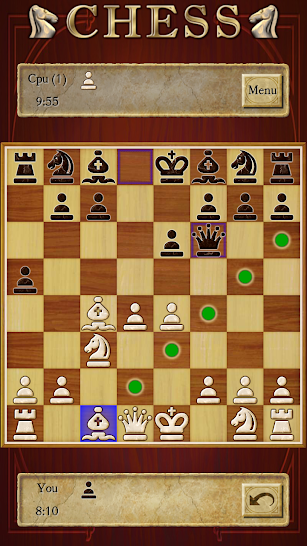 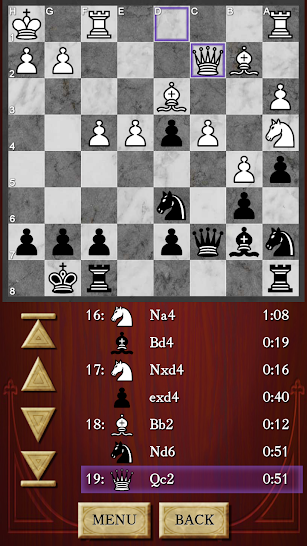 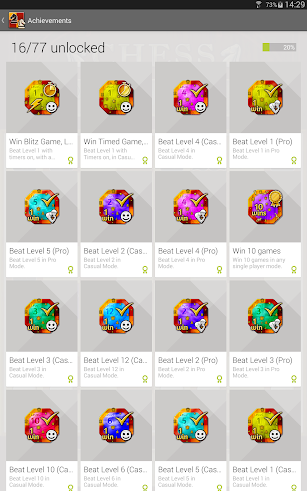 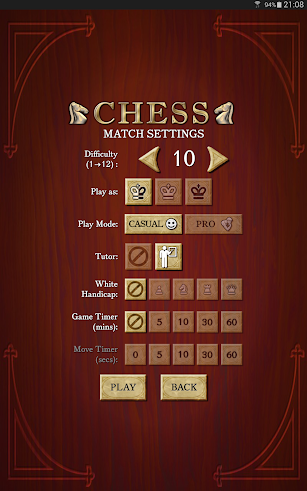 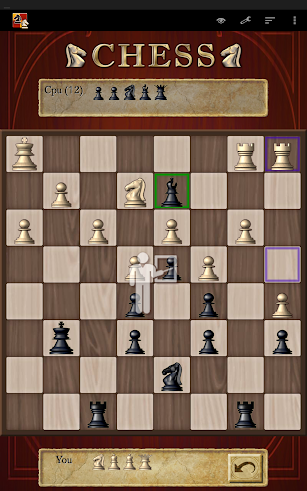 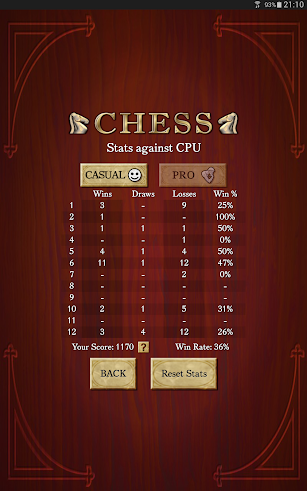 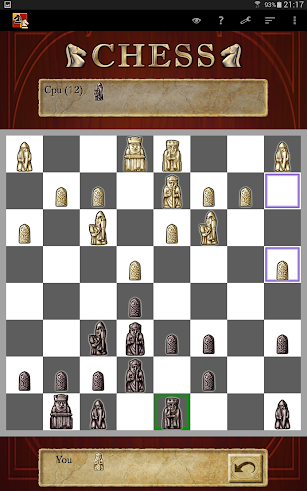 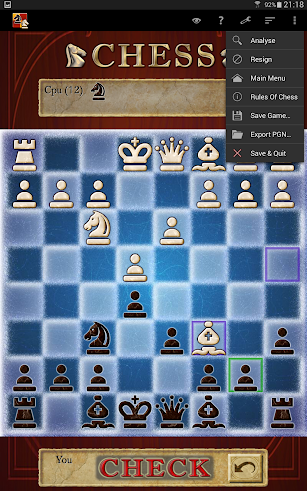 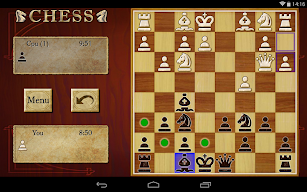 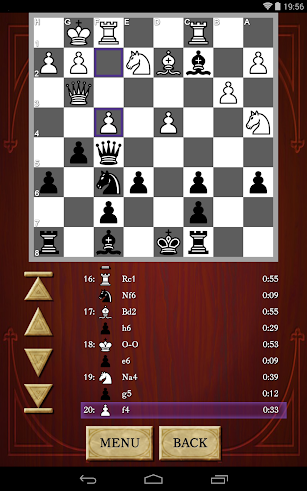 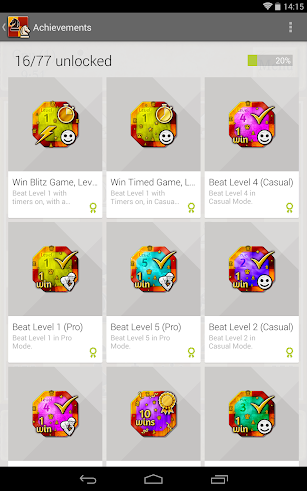 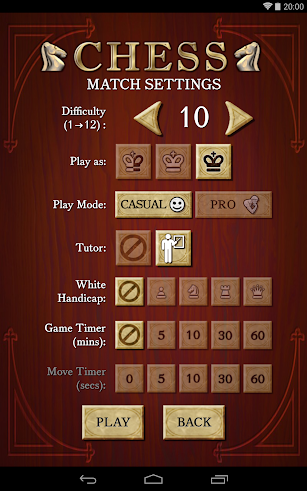 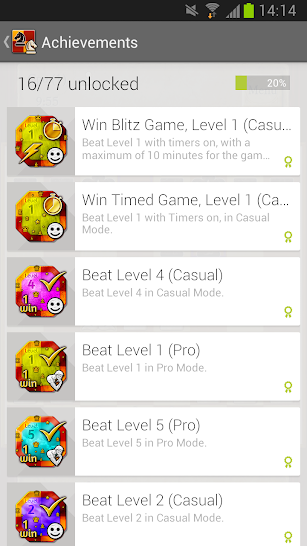 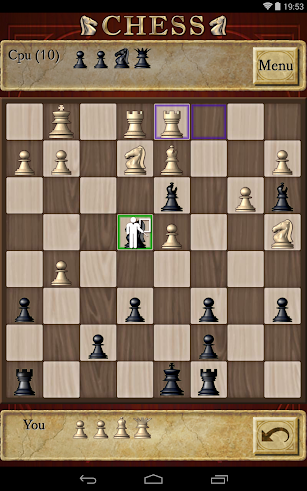 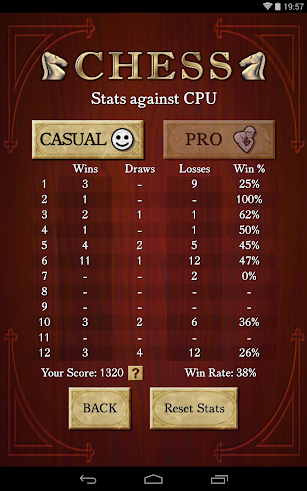 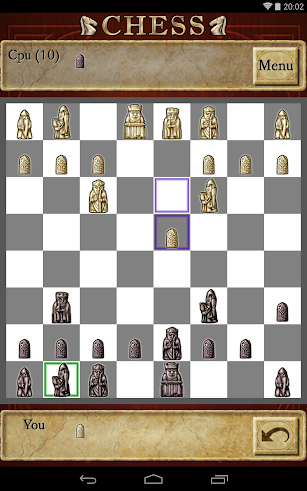 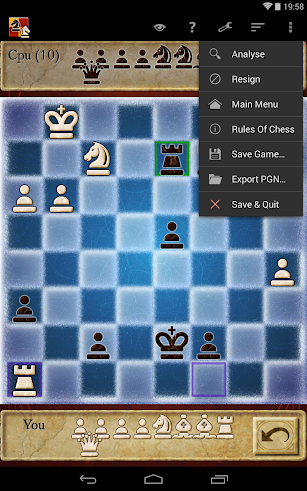 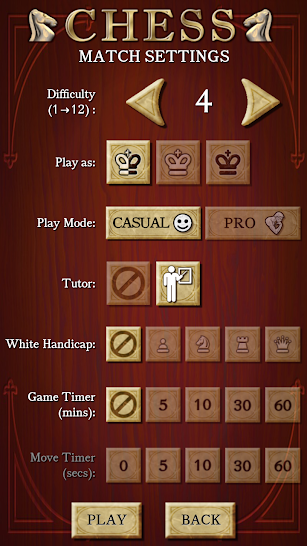 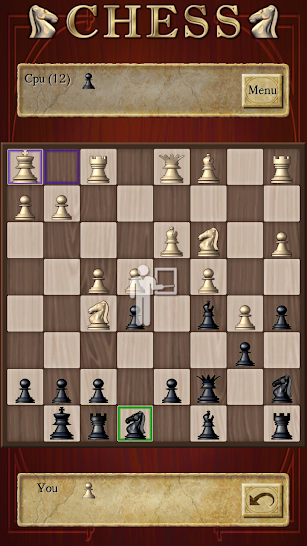 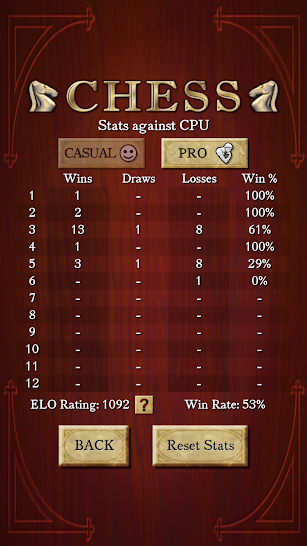 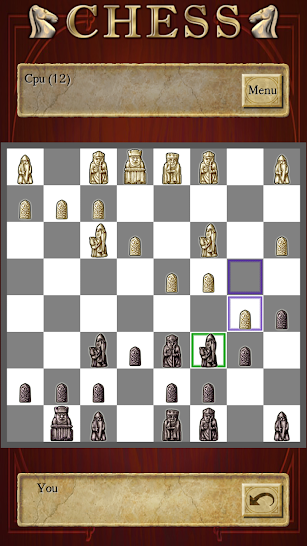 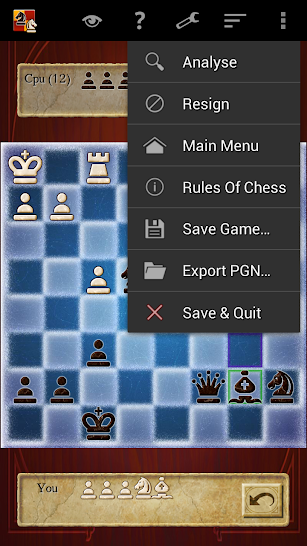 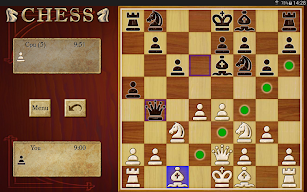 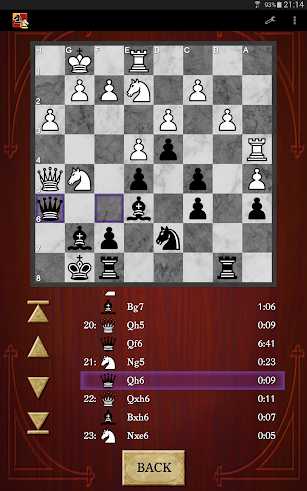