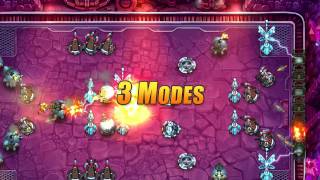 "Strategy is what matters"

Tower Defense (TD) is a game genre in which you have to place some towers strategically to avoid the enemies reaching your headquarters or beating you. Thus, Fieldrunners’ gameplay isn’t different. Let’s zoom in Fieldrunners HD features.

Fieldrunners HD is set in high-definition comic-based graphics. This is one of its strongest points. There are 7 different towers style to finish off 1000 waves of runners, helicopters and other enemies trying to pass you over. There are 4 different battlefields (not too many from our point of view). What’s more, although the graphics are really good, the battlefields are little sober. At least is good having handicaps on it (for instance, the train that goes around). Actually there’s a handicap in each World.

There are three different modes: classic mode (story mode through the four worlds), extended mode (which adds more enemies and towers) and endless mode (which is the same as extended but unlimited). Each mode has three difficulty levels: easy, medium, hard. Try to earn money to buy towers, increase health for a better resistance and score the best to publish it on online leaderboards.

Fieldrunners HD has been developed by Subatomic Studios LLC. After reaching great success on iOS with Fieldrunners, they come to Android with same expectactions and they’ll probably get it.

This is a must have for Tower Defense fans. One of the best around.

Play the original mobile Tower Defense game that started it all, "Fieldrunners HD".

This is Fieldrunners HD: the reigning champion of Tower Defense games!
Visually updated with stunning high definition graphics to make the
most of your fancy Android phone or tablet. Do you have what it takes
to defeat the Fieldrunners and rise to the top as the ultimate Tower
Defense champion? Find out now!

Fieldrunners HD Includes:
-- The most fun you've EVER had in your life --
-- Over 400 waves across 4 unique battlefields --
-- 7 awesome weapons so you can defeat bad guys with style --
-- Stunning HD visuals created by a team of crime fighting master artists --
-- Gameplay so addictive that it's practically time travel --
-- Tablet support --
-- A bunch of super fun game modes and difficulty levels --
-- The best achievements in video game history --

Wanna share your feedback? Send it here: FrAndroid@SubatomicStudios.com
Stop by our Fan Page at Facebook.com/Fieldrunners
Follow every thought that comes into our heads on Twitter.com/#!/Fieldrunners
Join the discussion on our forums at Fieldrunners.com/Forum
Use Chrome? Play our first level for free at chrome.fieldrunners.com

******** Note to users ********
Some funkiness is occurring with the following devices. We are working
to solve this problem ASAP and appreciate your patience. Android
Market has a super short 15 minute window to make returns, so please
make sure our game works immediately after purchasing.

Dear Fans, we've started using Google Analytics in Fieldrunners HD.
The only data we're tracking is basic gameplay information, which will
help us learn how to make our game better than ever for you, the fans.
Thanks for your continuing support! Email us if you have any
questions.

THANK YOU for playing FIELDRUNNERS HD!

Element TD returns in this tower defense game based on elemental combinations. The elements you choose determine the towers that you can build. Countless combinations offer more strategies to discover. Element TD provides hours of challenging gameplay to fans and new players alike. The level of depth and replayability are unparalleled among tower…

Get ready to DEFEND THE WORLD! The biggest sequel in tower defense history is finally available for Android phones and tablets: Fieldrunners 2 has arrived! From Subatomic Studios, creators of the award winning classic strategy game comes an all new adventure that was years in the making. Build epic mazes out of powerful weapons to defend the world…

Spectacular game that will impress every fan of this genre. Deeply researched and balance a variety of game levels will make you plunge into this exciting game. Constantly updated content will provide you with a desire to return to the game again and again. A variety of units - the towers will provoke invent ever more sophisticated ways to stop the…

New Eskimo Defense is a classic tower defense featuring snowy environments, penguins and eskimos. From North Pole to the Sun, you will stand in the way of waves migrating penguins. Don't let a single one abandon your lands. As a classic tower defense, you must place eskimos and igloos as they were turrets. There are different units you can place, a…. 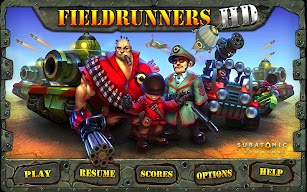 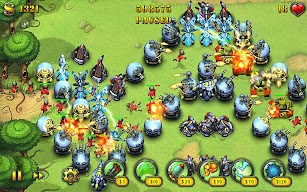 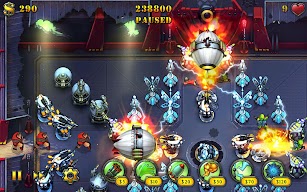 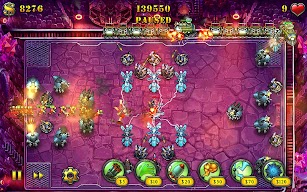 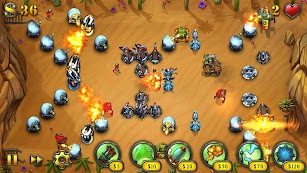 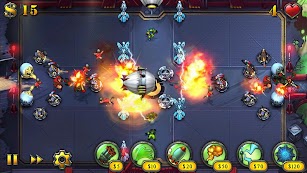 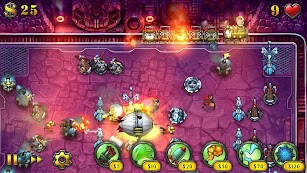