Flight Controls is a casual game based on air traffic management

Simple: you have to put some order in the air traffic by controlling direction and timing the airplanes take on landing. Above all, you have to avoid them to crash each other (the game ends). Obviously, the goal is to last the longer the best and beat your personal best.

It won't be easy though: complexity increases gradually. More flights will occupy the airspace and, controlling it is going to be a tough task. There are different airfields and airplanes: helicoptes, large boeing-type and jets. Each type has to land in its own runway.

There's a stats section where you can view how you're improving your skills. Likewise, there are some achievements to unlock (only available in the full version).

Catches: we're more game modes, like timed-mode or "challenge" to beat others' records as well as online leaderboards to submit ours. Despite of this, a highly entertaining game.

We regret to inform you that service for this application will be terminated as of 12/1/17.
*Upon service termination, guarantees of operation no longer apply
*The dates and times given above may be changed without prior notice.

Keep the skies safe in Flight Control, the insanely addictive worldwide hit! It only takes a minute to learn but you won’t be able to put it down. Guide aircraft to their landing zones but don’t let them collide! Sounds easy? You’ll need smart strategy and keen eyes to alter flight paths as needed and keep the chaos under control. Your travel itinerary is packed with multiple airfields, 10 aircraft including jets and helicopters and stat-tracking. Pack your bags for addictive airline action!

Control Tower is a casual management game. You are going to find out why air controllers always look so stressed. Your mission is keeping the chaos under control on a busy air space. In other words, you must draw flight paths to make each airplane land on its runway and, above all, avoid any crash. The human cost would be unacceptable. And yes, the….

Air Commander is a very addictive line drawing game,you are the commander of air traffic. It is your job to keep aircraft landing safely, more aircraft landed, more levels you achieved. Enjoy the feeling of commander and do your best. Features: - Simple design and play easily. - 4 great airfields , include Green field/ Snow field / Desert field /…

Airport Madness 4 is finally available for Android tablets! Get it now at an introductory price of $2.99. The desktop version has had more than 100,000 downloads, and sells for $15. Airport Madness 4 is a fun, addictive air traffic control game. Control passenger jets and military aircraft into and out of busy airports. This app is loaded with com…

Flight Simulator 2017 FlyWings is finally here! It contains many improvements and the flight physics are perfect! Enjoy a huge set of aircraft - 95 - and almost every air company! This is definitely the best flight simulator ever developed for Android! Fly in more than +2000 missions, over +600 airports in 9 different cities around the world. Use…

Slip into the role of the air traffic controller and master flight routes at airports around the world. Play this addictive game - easy to learn but hard to stop! Tap the screen in this " line- drawing " game to move passenger aircrafts, helicopters, military jets and the air ambulance to their destinations without the risk of a collisi… 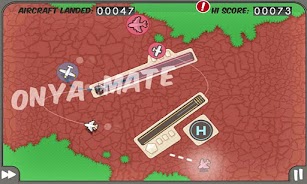 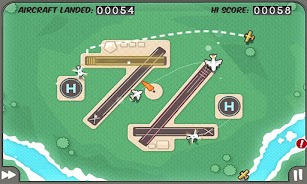 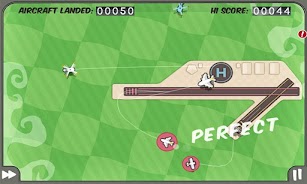 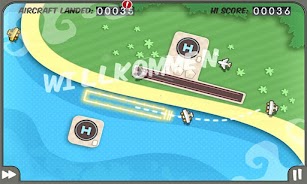 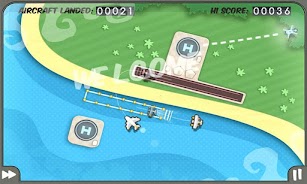