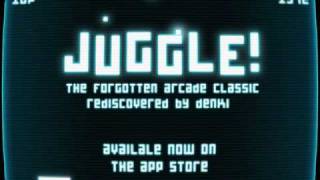 * Support for Android P.
* Please note we are merging the different versions of Juggle! to allow us to better support all players in the future and as a result this will be the last update to this version of the game. Please email us at support@jakyl.co.uk and we will provide a promo code for Juggle! to transition your license across, as well as a promo code to one of our other games in recognition of the inconvenience this might cause you. Thanks!
Android
»  Games
»  Casual
»  Juggle! XHD

We never get bored of physics-based puzzle arcade games. Its simplicity make them so catching and addictive. Jakyl's Juggle XHD has merged classic gameplays and retro inspired vectorial graphics to offer a tribute to the old-school games. And of course, to help us have a blast.

It works pretty straightforwardly: glowing blocks fall down from the top and you must use a swiping paddle to keep them in the screen. When blocks hit the paddle, a note from the musical scale sounds and the block gets smaller. More blocks will be added gradually, no matter if there still are other blocks bouncing around. Actually, the goal is keeping all of them that way until the time's up.

Not an easy task though.

There are three different game modes: 3-minute, 5-minute and endurance mode which is perfect to practice your survival skills in Juggle!.

Its retro graphics and frantic game pace will keep you glued to the screen from the very first moment. What's more, you can set paddle sensitivity, timer position and even play upside down to avoid touching your device's physical buttons.

It's a pity that there's only a paid version of the game and over $4. It would be nice having the chance to test it out first. Most players would upgrade without problem due to its addictive gameplay.

In the end, a well-developed and highly recommended game.

HAVE A BALL with JUGGLE! by Denki

JUGGLE! is our heartfelt tribute to classic gaming. It's a trip back in time to the origins of arcade games that captures the 1970s vibe but is enriched by a contemporary twist.

Use your paddle to bat balls into the air. The more balls you juggle, the more points you score. It's as simple as that. If only it was so simple to stop playing once you start...

* Easy to pick up but hard to put down - and even harder to master.
* No-nonsense rules and immediate action.
* Heart-warming retro styling with a distinctly modern flavour.
* Space-age audio effects take you on a trip.
* A choice of five paddle sensitivities. This helps fresh players get settled AND offers the connoisseur a new thrill.
* Adjustable timer position to suit left- and right-handed players.
* Rotate the device 180 degrees for devices to help on devices where you might otherwise touch the buttons during play.
* On the Xperia PLAY, use the buttons or touchpad whilst playing in portrait mode.

"JUGGLE! is a gloriously simple and entertaining game that is flawlessly executed." ThePortableGamer.com

"JUGGLE! is just perfect for pulling out when you have a spare moment. Definitely worth adding to anyone's collection." 5/5 AppSpy.com

Please email us with questions or feedback.

Try our other awesome HD & 3D Games. Whether you want a puzzle, arcade, action, strategy or casual game, we've something entertaining for you:

* In TileStorm highly addictive puzzles of path construction against the clock are great brain training as you guide Eggbot the Robot through a jungle of challenges. Pocket gold coins in TileStorm Eire as you need to slide the tiles to guide our robo hero from spire to castle on an Irish adventure in another beautiful brain teaser. Or bag a jewel or two in TileStorm Polar in a super new Tile Storm story. Free Lite version [Massive Hadron]

* Fight for survival & battle through a night in the city with a gun & torch as your only defense (defence) against an angry zombie hoard in Aftermath XHD. Attack or run? Your choice. [Two Heads]

* Glide through the air like a paper plane (or the birds!) as you race flying at high speed from tower to tower in Ground Effect Pro X HD. Enjoy virtual physics, acceleromoter control and stereoscopic 3D. [Glenn Corpes]

* Be truly challenged by Denki Blocks! Deluxe which The Sunday Times called “a Tetris for the 21st century"

* Fun for kids and all the family alike. Farm fruit in Frootrees as you flick, throw and toss the Froot to harvest them using your poker skills to balance risk & reward. Just a hint of south park. Or try the Freaky Halloween Edition [Tin Man]

* Be a cool snowboard ninja and smash the course record in Snow Dude. Don't tank your jump! [Lycette Bros]

* For sports fans, score a homerun in Big Hit Baseball or bat and bowl the best in Big Cup Cricket FREE from our friends at Beautiful Game Studios.

Ping Pong Classic tennis game remake of the classic Arcade table tennis game with a true retro feel. The best ping pong remake.Great with 2 Players on tablet. One of the best free games ever! If you are not a classic game or Retrogaming fan - this Ping Pong game is probably not for you...you have been warned. Classic Gamers - Please RATE / review…

Spirit, by Marco Mazzoli. The critically acclaimed iPhone hit now on Android and newly presented in an XHD / THD version that is Gingerbread (2.3+) / Honeycomb (3.0+), Tegra 2 and Xperia PLAY optimized. Specially for the Android version: both Spirit and Spirit HD (tablet version) included in the same package. Buy once and play both versions of the…

HAVE A BALL with JUGGLE! by Denki. JUGGLE! is our heartfelt tribute to classic gaming. It's a trip back in time to the origins of arcade games that captures the 1970s vibe but is enriched by a contemporary twist. Use your paddle to bat balls into the air. The more balls you juggle, the more points you score. It's as simple as that. If onl…

A marriage between Arkanoid and Ice-Hokey with something more. You can control the spinning of the ball. The paddle follows your finger in three customizable distances. The game has three size, to support larger and smaller devices, but, you have to choose it manually from Options. Disable the sound. Three levels of difficulty. Supports up to five… 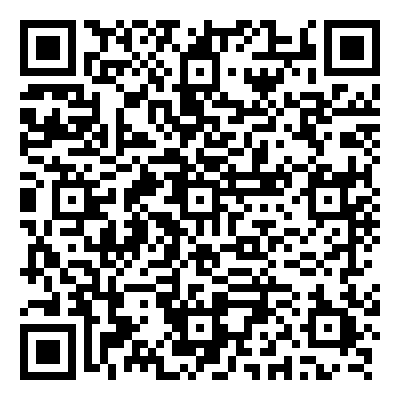 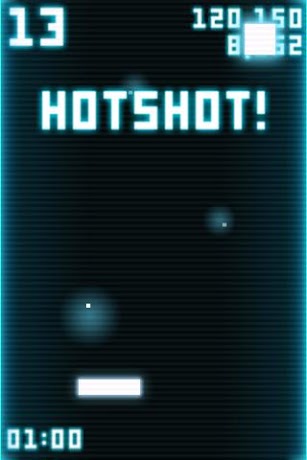 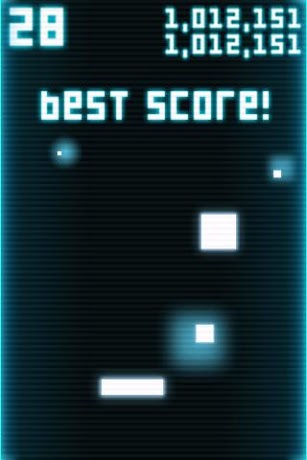 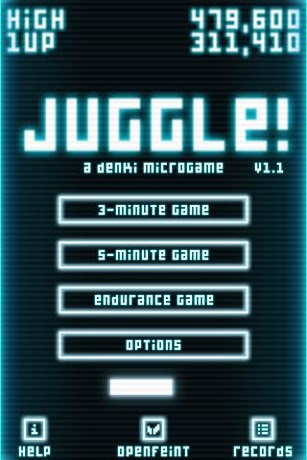 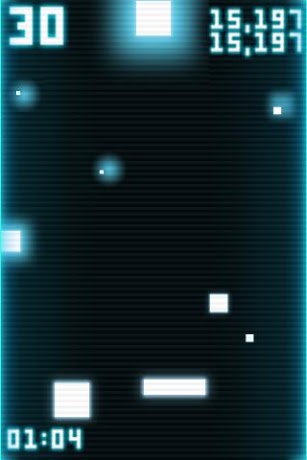 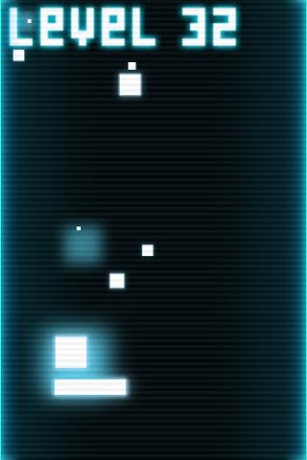 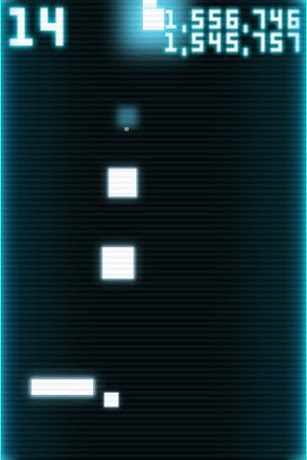 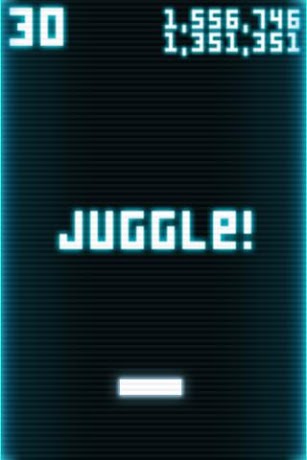 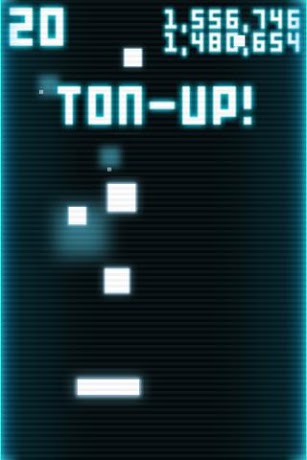