Slice your way through endless puzzles!

Slice it! is a puzzle game with a quite simple logic: you must dissect shapes in equal parts.

"Slice it! One of the most addictive mobile games for Android"

At the start, we'll face easy shapes as circles and triangles. If we get stuck there are hints that can be collected as a bonus. The score you will get depends on the precision of your dissection, that's it, if you dissect the shape in perfect equal slices. But take in account that it's not an easy task: there are more than 60 levels including irregular polygones. It seems easy at the first levels of the game, but becomes more and more complicated as it progresses, reaching insane levels.

The interface of the game is attractive and original: a notebook sheet background to draw on dragging the finger across the screen. One of the catches of Slice it! is that the screensize of the current smartphones it's not large enough to make precise dissection at first dragging, so we have to do it again and again to get the five stars. Although there’s an “undo” button, it's still annoying and it could be improved by a more sensitive screentouch.

So, simple yet fun, Slice it! is an addictive game, highly recommendable if you prefer using your brains instead of blow things up.

Fast Fun with a Geometric Flair!
"Slice It!" is all about slicing shapes into fragments that are equal in size.

Sound easy? It may start out that way, but soon you'll be cutting into fragments that will puzzle you like never before.
Brainteasing puzzles: over 200 Basic Stages and a five-star rating system so you can play until you get it right!

New time attack mode, “Slice it! QUICK!”
Try to slice as many, as accurate, and as fast as you can in 1 minute! Also, compete with friends to get higher rankings.

200 STAGES… and growing!
Each level is a new shape, and each stage has increasingly difficult fragmentation levels.

In the most advanced stages, new obstacles, like line-refracting mirrors, make Slice It! the hardest puzzler out there.

Get a perfect score on any level and earn a Hint!
If you just can't cut it with an obstacle, all is not lost: use a Hint!
You can get additional Hints, when you tap AD.

WHAT THE PRESS SAYS ABOUT SLICE IT!

"...if you're looking for a new type of puzzle game with a charming style that's easy to pick up and play, take a look at Slice It!" - TouchArcade.com

"It may look like a toy, but you’d have to be a genius not to get stuck at some point while playing this clever, challenging game." - PocketGamer.co.uk

"Simple in its shape, Slice It brings us along this game which is unpretentious but terribly addictive." - Hitphone.fr

by Uprising Games The tactile action puzzle game which is simple enough to play with a single finger, yet involving enough to challenge all your gaming skills. Use the power in your a fingertip to drag, flick, cut, mix and sink the coloured Blobs into the correct Pools in progressively more hectic and challenging levels. Features:- * Intuitive…

It's time to train your brain and cut the slice to collect stars in ultra way! Slice Shapes is new free physics based game, just slice with your skill to complete the Tons of ingenious handmade physics levels! HOW TO PLAY - Use your finger to cut and break shapes. - Collect all stars in each level. - Some advanced levels will need ultra sharp…

Pocket Gamer Silver Award "A bright and smart platformer with a lot going for it" – Pocket Gamer, 8/10 Heart Star is an adorable puzzle platformer where you guide two little friends through two parallel worlds. Swap between the worlds to solve unique puzzles. Overcome all obstacles with the power of teamwork! Game Features: - Unique wor…

Slice the ice to solve the vikings' physics puzzles. Not even Thor's mighty hammer could smash through the glaciers of Nitrome's Icebreaker: A Viking Voyage, so you're going to have to slice it into more manageable ice cubes yourself in this wholly original physics puzzler. This band of vikings has managed to get themselves lodged in the most unfor….

Evolving quadratic puzzle game. Bulkypix's 4444 is a puzzle game that quickly evolves in complexity and difficulty as you make your way through the levels. The goal is always the same - change all the squares to be the same color. Your strategy has to keep up with the changing challenges, however; distribute wild blocks wisely, consider which color…. 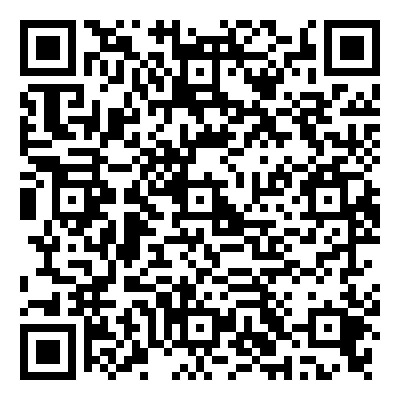