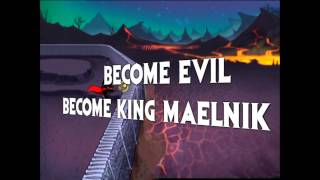 Drag enemies off to defend your walls

It should be obvious that when a series reaches the third title, that means that either its developer is reckless or that something has been done right. In this case everything points to the latter.

Premises are simple. You are a devilish archmage living in your flying fortress who wants to break through the good fellows' kingdom and destroy their capital, Rainbow's Landing (reviewer's own poetic licenses included). Every time your castles approaches to a town, an army of brave yet fool doodle fighters will gather to assault your walls and fend you off, but you can use your dark and arcane powers to throw them off as if they were mere ragdolls. Speaking in game terms, you can do so by dragging them out.

Game pace is frenetic and histrionic. Enemies show up by tens and they die in quite bloody ways (unless you deactivate goriness, well thought, dev) so there won't be time to think much what you're doing. It's the height of casual gaming: a game with only one rule that can be played, mind blank, for hours.

Prepare for Battle & Defend Your Walls!
Dabble in your inner evil, play as Dark Lord King Maelnik in Stickwars 3, the follow up sequel to the original castle defense game on iOS that started it all.

Where we last left off, King Maelnik’s invading army was defeated, making Maelnik sad (and a little dead inside). With his invading army in ruins, what is a newly not dead Evil Overlord to do? Roll up his cowl, raise some bow-toting zombies, cheer up the necromancers and fly his castle right up to King Otto’s door….THAT’S WHAT!

Let’s get to the EVIL stuff shall we?

FINGER FLICKING ACTION IS BACK!
Fling, flick and evil your way to victory.

SUMMON THE GRIM REAPER
Call upon the Reaper himself to ravage the battlefield.

UPDATES ALL THE TIME!

Warm up those fingertips, command the ranks of the dark lord Maelnik and flick King Otto’s forces up and down “Humiliation Street.”

The Undead Horde and their Orc and Goblin allies are at your castle gates, the King is on the brink of death, and only you stand between the enemy and complete annihilation! Choose one of many powerful heroes, summon an army to fight beside you, and defend your castle in Heroes & Castles, a seamless blend of 3rd person Action-RPG, Strategy, and…

Follow devout and fight the evil Automata while you protect the forest. Forest Defense is an strategy game that focuses on saving nature from the dark forces that want to destroy it. The dark forces are the Automata, who were sleeping for centuries until they woke up. Now, the Hamadryad will fight the evil guided by the Devout. Your task is to figh….

Wizard & Dragon Defense mixes RPG, tower-defense, siege, and real time strategy (RTS) mechanics in an action arcade fantasy game about mages, sorcery, good vs evil, and an undead dragon bent on taking over the world with an army of ghouls, zombies, evil spirits and other monsters! Faced with the threat of the fearsome undead dragon Gaping Maw,…

Conquer kingdoms and villages in Clash of Kings:The West, a new RTS RPG multiplayer war game that pits your army against friends and enemies all over the world in a battle for towns and cities. Do you have what it takes to crush your enemies in online PVP combat? Build massive cities and compete in online MMO battles in a classic clash of kings. R… 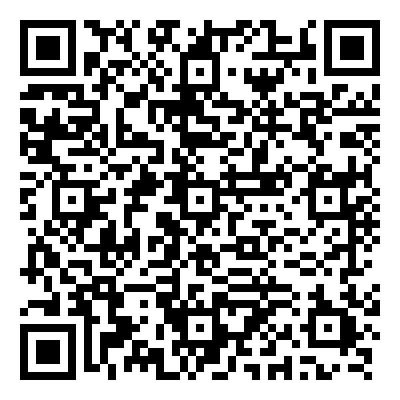 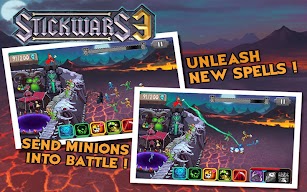 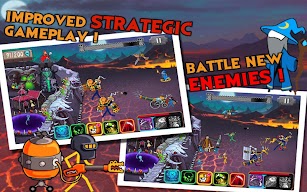 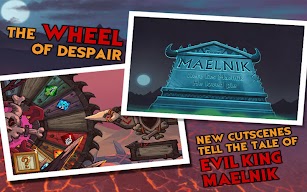 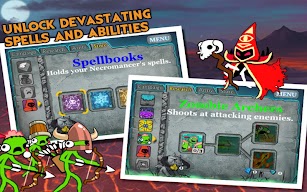 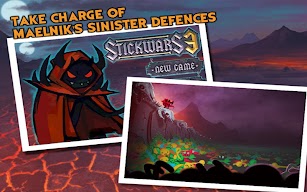