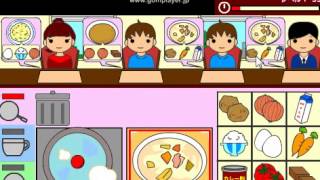 The language in this application is correspondence only Japanese.
[The operation method]
Since an order will be placed if the visitor comes to the store, let's serve the dish of an order.
[The kind of cooking]
* Main *
Cooking will be done, if two or more foods are put into a frying pan and cooked.
Three foods required in order to make the completed dish and its dish are displayed on the visitor's blow off.
If the three foods are put into a frying pan, since cooking will be completed, let's take out and carry out.
* Drink *
It will be poured if the tap of the drink of an order is carried out.
If it completes, let's take out to a visitor.
Since a topping etc. can be used if a level goes up, let's carry out the topping of what suited the order.
* Cake *
Sponge is first baked in oven.
If baked thoroughly, let's carry out the tap of the sponge, apply the ordered cream, and carry out the topping of the fruit.
Let's take out, before all the dish also gets cold.
If it cools down, it becomes impossible to take out and must throw away into a garbage can.
If the tap of the cold dish is carried out, it will go to a garbage can automatically.
[Recipe]
There is a recipe in the main dishes.
A recipe is automatically released as a dish which can be cooked if a level goes up.
Since there is a hidden recipe in addition to it, let's search.
In addition, since it will become a deep-black burn and will become a failure dish if the ingredients of the recipe not existing are paid, let's throw away into a garbage can in that case.
[Instrument]
There is a level in each cookware.
Cooking speed becomes early, so that a level is raised.
[Foods]
Foods, a drink, a cake, etc. for making a main dish can raise a level.
Level = since it leads to clever evaluation, please raise a level using money.
[Clever evaluation]
The level of the used foods determines clever evaluation.
If all the levels of the used foods are the levels 5 (MAX), it becomes the highest degree of satisfaction.
It will become bad evaluation, if mistake cooking, and it provides or it returns nervously.
[Craftsman point (sp)]
A craftsman point is saved by clever evaluation after the end of operating.
A user's level is decided by this craftsman point, and foods and the recipe which can be used are released.
[A menu is decided.]
The foods to be used can be chosen if the foods which make the main dishes are set or more to nine.
[An order is left and placed.]
The visitor may place an order as "?."
In this case, you may take anything out.
You may serve a dish with self (it is high-level), and, probably, a new recipe may be developed.
[Tweet]
The progress of a game can be murmured by a twitter.
I will murmur many things.
[Stamp]
If all the items of the stamp in a data button can be attained, it comes to be able to perform a full comp tweet specially.
[Data clearance]
If the 3rd page is opened from a data button, there is a "data clearance" button.
A push on a button will clear the save data of this game.
(The data which disappeared once cannot be restored)
[The hint of a game]
Q: A hidden recipe is not known.
A: Although a guest has a favorite dish, hide into it and a favorite guest also requires the dish of a recipe.
If a guest comes to the store repeatedly, the hint of the recipe of a favorite dish can be seen gradually.
If the game is played, since all the recipes can certainly be found now, let's challenge by all means.
Q: Although the guest made the dish referred to as liking eaten, a degree of satisfaction will not be 100%.
A: Even if it is a favorite dish, it is not satisfied unless three foods currently used have the level 5.
Please raise and satisfy the level of foods.

Experience video conferencing from your Android Phone wherever you are in the world and use VoIP to stay in contact with your colleagues or business partners. NEC’s Business ConneCT Client combines Unified Communications and Mobility to take business productivity to a new level. It offers a sophisticated App providing multi party audio and video co…

This is the Drug reference (in RUSSIAN language), containing around 20000 descriptions. The Reference is OFFLINE and does not need the internet connection. Database will be downloaded when the application is run first time. We recommend you to use Wi-Fi connection. Это Справочник лекарств (лекарственных средств), содержащий около 20000 наименовани…

Experience video conferencing from your Android Tablet wherever you are in the world and use VoIP to stay in contact with your colleagues or business partners. NEC’s Business ConneCT Client combines Unified Communications and Mobility to take business productivity to a new level. It offers a sophisticated App providing multi party audio and video c…

“It's got style… It gets you thinking. It gets your toe tapping as well because the music in this is fantastic… This is a clever reintroduction of puzzle and rhythm fusion.” – Reviews on the Run "Micron is more of an interactive audio-visual experience than just a simple puzzle game, and if you're at all into retro styled games and mu…

This application is intended for Romanian users or users who travel to Romania with any kind of autovehicles. With this app you can purchase the Romanian national road network toll (the electronic rovignette) In this application you can get a list of websites that sell electronic rovignette for 7, 30, 90 days or 12 months Auto Rovignette applicat…

***NEW: Check out the Adult Category*** Are you on a first date? Or perhaps you're hanging with your spouse and just want to get to know them a little better. Then it's time to "Break The Ice". Two players are asked a series of questions which range from thought-provoking to just silly, and whoever answers them the quickest wi… 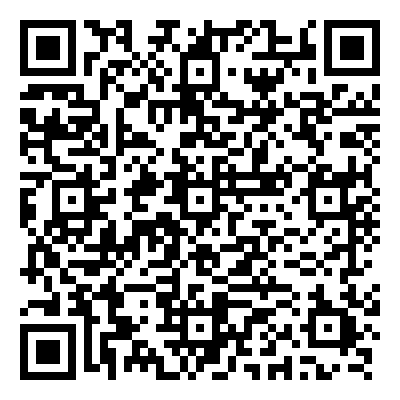 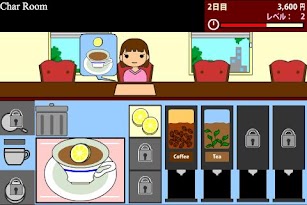 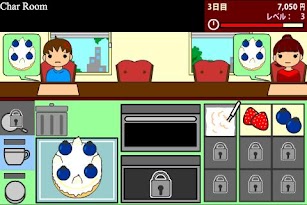 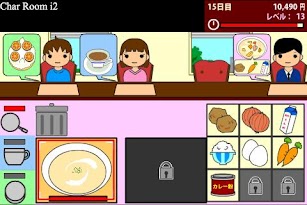 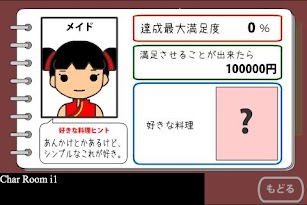 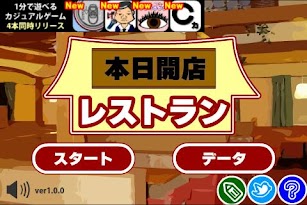