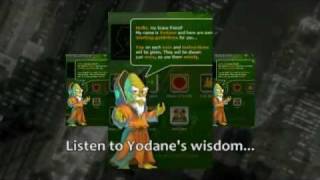 Download APK from previous versions of TrailHit with Papaya

If you like Geocaching, Scavenger hunt, Foursquare, Ingress, Parallel Kingdom and other gps games this would be your cup of tea :). Here's the story:

Ages ago, there was a powerful and righteous human civilization on Earth who possessed the knowledge of controlling energies of the Universe. They used their knowledge to construct a unique vibrational device for stabilizing planet Earth in all times, and what is more, to harmonize minds of all creatures on the planet. The result was eternal peace, understanding, wisdom and exponential development in all fields.
Unfortunately, some entities were not satisfied with the considerable progress human beings have achieved.

Until now, most people were not aware of belonging to either humans or aliens, or if this is just another conspiracy theory. Evil entities wanted ultimate control. They decided to destroy the Device and kill all its constructors known by the name of The Great 18 Group. The Group was informed and was secretly creating a new device called The Great Device which was designed to protect itself, making it indestructible. But The Great Device was never engaged.

Entities succeeded to eliminate every member of the Group and destroy the Device…Thence they started poisoning human minds by distorting the truth and values in any way they could.
What we can also say for sure is that Entities have stopped all major scientific and medical progress on Earth! They have infiltrated in all structures on economy and politics, but not directly! They manipulate people`s minds, and use fear and ignorance to sustain their power and control. It suffices to say that even presidents and governments are not aware of these secrets.
Because of dominant technology some people think that they must be aliens, but we have some other relevant information regarding the matter!

This is one more secret we are obliged to reveal: they want you to think aliens are bad and you should be afraid of them, they even have a plan to push humans into war with aliens.
The greatest weakness of Entities and all their plans and technology is the fact that they can do nothing if human beings raise their consciousness, so their minds and hearts can become pure.

Now is the time to wake-up!

However, what Entities did not know is that The Great 18 Group built one more device and left a Trail to it!
Until now, it has not been possible to reveal this crucial information because Entities were controlling Earth and it would be very easy for them to eliminate anybody who would try to restore the Device.
Now, the situation has changed! The entire Earth is under our strong protective shield. We are here to help you. The fact is that the Device can be found and engaged by a human being only!

The One who finds the Trail and restores the Device will get great powers and His name will be remembered in the chronicles of the Universe forever. This is real King Arthur`s sword in stone – can you handle it?

You should know that the Map which leads to The Great Device is divided into pieces, hidden and protected in several ways, so only the best among humans are invited into this mission of revelation, engaging the Device and saving planet Earth and whole human race.

There are 16 Magic Scrolls that have to be activated. The power released from the Magic Scrolls will prepare ALL for the revelation of The Great Device. We cannot say anything else. Be careful and read between the lines. You have been chosen for this mission! We will also help you on the way with sophisticated technology and tools…

Let the shine of Neo be with you!

Turn your smartphone or tablet into a professional scoreboard! Impress your friends! This is the perfect tool to keep track of the score of your games. This score board is designed for Volleyball. To guest many sports, please visit our website: http://www.playfairplay.net + Actual available languages: - Alemán - Catalán (gracias a Enrique)…

Your duty is escape! Get best aircraft and escape from the futuristic corridor. Fly in a futuristic corridor and get coins and bonus items while avoiding obstacles. Unlock aircrafts by showing your ability (Do not crash as long as you can). Pick up coins and buy new aircrafts. Better aircraft you have, more bonus items it can carry. Note that, ea…

Control "Santa Bee" to match the colorful christmas gifts with each other. Number of gifts are slowly decreasing. Match the same colored object to increase their number.… Finished objects are turning into obstacles. Your time and life is limited, so be careful with the obstacles. Hurry up! You have to match christmas objects before the…