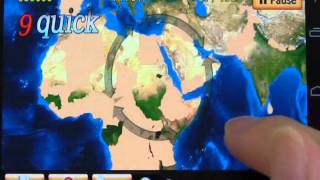 Add a trial period in which the first five days only play free all functions after you start the app.

Download APK from previous versions of World Puzzle for Smartphone

World Puzzle for Smartphone is a puzzle game which can help you improve your geography knowledge by memorizing countries and putting your skills into test.

The game consists of placing the country pieces into the correct position in the map, trying to shorten the elapsed time after starting a new game. After getting it right, you will be presented information about the country and Olympic data as well. The tutorial seems long enough but the game is actually really simple to get the hang of it.

The difficulty increases as you play and the country borders disappear, making it harder to place the shape into its correct spot and in addition, the piece direction is changed. There are four difficulty levels available to choose and also different world zones that you will be unlocking as you keep playing.

SANWELL Co.,LTD. is the developer of World Puzzle for Smartphones and the version for Tablets. A good educational game for both kids and adults wanting to practise their knowledge. A good way of training the mind and competing with other users.

"World Puzzle for Smartphone" is a puzzle game based on various countries and continents of the world. You can memorize the countries of the world by playing this game (for smartphones). Even if you play many times this game you won't get bored.

●Aim for the high score!

Each country and region has become the piece of the puzzle. The pieces can be manipulated with finger and insert the piece in the right position on world map. You will get high score if you play the game fast and get many titles.
There are other levels in this application. If the level of game difficulty goes up, there will be no border and the direction of the piece will be changed.
Aim for the high score by grasping the countries information.

・It supports to online ranking. Let's compete with users of the world for high score.
・Title can be gained if specific conditions are fulfilled. Register your friend into Pankia and boast to everybody!
・Twitter and Facebook can be accessed. Let's comment and introduce world puzzle to your friend.

By purchasing an item, you can play the map and country pieces using very beautiful NASA satellite images!

The name and location of the countries and regions to be displayed while playing the game supports for Japanese, (Japanese)Hiragana Katakana only, English, German, French, Italian, Spanish, Portuguese, Dutch, Russian, Traditional Chinese, Simplified Chinese, Korean, Arabic and Hindi languages. Other languages will be added in future.
※The basic language in the application becomes one of the Japanese or English.
※You can choose Hindi from more than Android OS Version 4.0.

● Notes based on installation

１．The Object as of July, 2012 is used for the countries information.
※The name of the country, region, location, national flag, capital name and borders are concerned.
２．User's registration to Pankia is required to play the application. User registration can be done easily with in the application.
３．Please turn OFF "Developer options -> Don't keep activities" after Android 4.x, and start. (The default is set as OFF.)

Get the latest weather data right from the surface of Mars, straight to your phone or tablet! Notes -Includes support for Celsius, Fahrenheit, and Kelvin temperatures -The app updates to the latest available weather data once it has been compiled by NASA's Rover Environmental Monitoring Station (REMS) and made publicly available. -It is not g…

AstroTwister.com Live Wallpaper is a solar system for your phone or tablet desktop. X and Y Offset, speed of planets (for performance), and the angle at which you view the system is all configurable in this wallpaper service app. For more functionality and updates visit http://AstroTwister.com This is a space live wallpaper, and planets live wal…

The most realistic live wallpaper of the Earth on the market! Show stunning, real-time imagery of the Earth in your background! The Live Earth wallpaper combines amazing imagery from NASA's Visible Earth project and live satellite cloud imagery to create stunning wallpapers for your device. The daytime imagery even changes throughout the year…

This is a puzzle game where you can learn the position of the countries in the world. I produced it for fun as a game to play lightly. Play many times in order to update the best time, and that competed in the World Ranking, you can learn while having fun. You can see it in the [Gallery] to the variety of panel painting that you get. Please do yo…

Place all the pieces into their correct spots and increase the difficulty as you play. World Puzzle for Smartphone is a puzzle game which can help you improve your geography knowledge by memorizing countries and putting your skills into test. The game consists of placing the country pieces into the correct position in the map, trying to shorten the…. 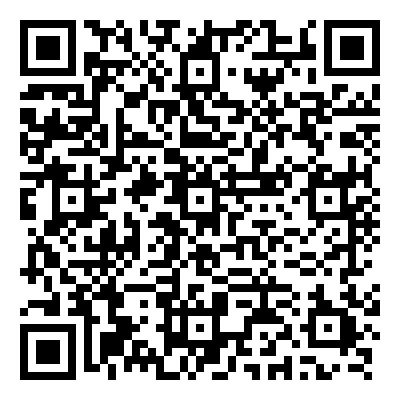