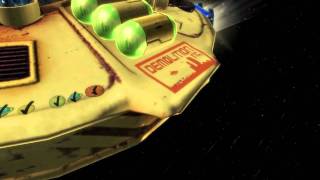 Fixed rendering on some newer phones
Removed OpenFeint as it is no longer operating!
Android
»  Games
»  Puzzle
»  Demolition Inc. THD

NOTE: Be ready to download an extra package (60.90 MB). Only for Tegra devices

After reaching great success since its first release for PC on September 2011, Demolition Inc. THD (by Zeroscale games) comes to Android with same expectations thanks to Tegra optimization (THD). First contact we've with the Android version of Demolition Inc. was at its pitch at 8th IMGA (MWC 2012). Three months later here it is.

Assume the role of a demolition alien worker called Mike who navigates on an UFO with a clear mission: start a devastating chain reaction on Earth. At first sight, it seems a city management game like Sim City. However, the purpose is here isn't to build but to smash up building, reducing the city to rubble. Of course, Mike's contract includes cleaning the rubbish up.

Mike's will use different hilarious items to devastate the city from its UFO: exploding cows, earthquakes, wrecking ball, mind control over drivers and many other, with an amazing performance. Resources aren't unlimited in each level, so use them efficiently. Actually, it becomes sometimes a brain-training exercise, when you have to choose among your weapons to destroy different size/structure targets. Complete the level as faster as you can to get more stars: the more stars you get the more skills and levels you unlock. That implies that you'll need to re-play levels in case you haven't got enough stars to continue.

There are two game modes: Campaign and Rampage Mode. The latter allows you to play unlocked levels with unlock weapons and skills. This mode is a great idea to play at your pace and improve your skills.

Physics and 3D graphics (THD optimized) are some of the strongest point of this game. Of course, its original theme and high playability make the difference. Its main catch: the price, it's a bit expensive (although it's worth the price) and there isn't trial or lite version.

The re-invention of city management games. In one word: HIT.

*** Important: If you experience crashes or laggy gameplay, please make sure that you free up memory on your device, by closing apps that are running in the background. Free Apps like FMR Memory Cleaner can help you with that.
When you still have problems please write a mail to support@zeroscale.com . Please be aware that reviews on Google Play are anonymous, and so we can't contact you and help if you just write a review of the game! ***

"Which is still terrorism, I guess. In fact – wait for it – it’s extraterrestorism." Rock, Paper, Shotgun

"This charming destruction-based puzzler is a literal blast,.." GamePro

"..the game's physics engine is impressive to watch in action.." PC Advisor

"It is refreshingly different from a lot of the other games around at the moment and the Tegra optimisations make the game feel more realistic." –Coolsmartphone

"The really interesting part about this game is that everything is 100% physics based. This means that nothing is pre-determined so when you knock over a building, it won't fall or damage other structures in a pre-determined way. It will, instead, fall depending on how you hit it, the angle it falls, the momentum and how much damage it causes are all figured out on the go." –DroidGamers

... is a new action strategy game: Assume the role of the daring demolition worker Mike and start a devastating chain reaction on earth. Use cool tools and weapons and expand your destructive powers!

You navigate Mike's UFO over the cities of Earth and unfold complete chaos with your tools and weapons: Cars which drive into tower blocks and make them collapse; high-rises which fall onto other high-rises, exploding cows which make whole streets of houses come tumbling down!

DEMOLITION, INC. is 100% physics technology: nothing is predetermined, and nothing is pre-animated. Your actions alone decide what happens and what you see!

Because of this, every time you play will be a unique experience and you won't get enough from those explosive chain reactions you make by yourself.

Ground-breaking technology - Car and building physics is fully simulated. Everything is destructible and nothing is pre-animated. No game round is like another.

Combining action and strategy - Use the endless possibilities of combining your tools and weapons to make devastating chain reactions. Only this way can you manage to tear down whole cities!

Tools and Weapons - Use you tractor beam to take control of cars, place anti-gravity ramps to maximize damage, use the huge wrecking ball to clear your path.

Improve your skills on the way and unlock breathtaking and crazy new tools and weapons!

Exciting levels - 6 cities and 30 districts are waiting to be demolished by you and led to their fate!

Campaign mode - Fulfill your mission and destroy one city after another. By cunning use of your tools and weapons you will turn district after district into rubble!

Rampage mode - Limitless destruction. Unleash mayhem with all your tools and weapons you have unlocked. The level is your playground and you experience new breathtaking scenes of destruction over and over again.

Online high scores - Compare your skills with those of your friends and the world-wide OpenFeint community.

Demolition Inc. THD is an original city management game. NOTE: Be ready to download an extra package (60.90 MB). This version is also for non-Tegra devices. Enjoy it! After reaching great success since its first release for PC on September 2011, Demolition Inc. HD (by Zeroscale games) comes to Android with same expectations thanks to HD optimizatio….

Angry birds with a wonderful twist.. First at all, don't expect to download, install and play. Once you install it you have to start an additional heavy update download that can take fairly ten or twenty minutes via wifi. You are forewarned. In exchange, when we thought that it'd be rather difficult to give Angry Birds any more significant twist, h….

Tennis in the Face is a physics-based puzzle game with a cute scenery and a hilarious storyline. Pete Pagassi was a professional Tennis player whose career was ruined for his addiction to Explodz, a powerful energy drink. He overcame the addiction but couldn't retake the fields. His own crusade is now against the evil corporation after Explodz, whi….

LA Rex is an action packed demolition game! Destroy the surrounding scenery while looking for your next meal. LA Rex is a brutal game of destruction in which you control a huge and ferocious T-Rex dinosaur through the streets of Los Angeles. You must control the dinosaur and try to cause as much damage and destruction as possible - don't let a…

This version is optimized for Tegra 2 powered devices. By incorporating improved skin meshing, specular maps, and increased polygon count on player models, Hockey Nations 2011 THD is the most visually enhanced version of the game on any mobile platform. Distinctive Games took advantage of the NVIDIA Tegra processor even further by adding player re… 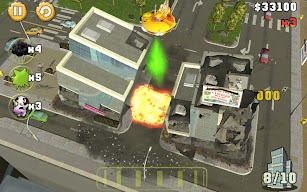 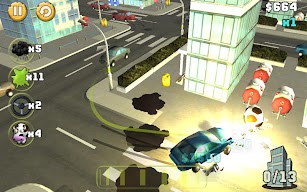 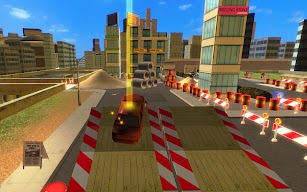 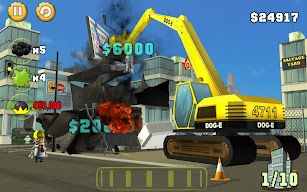 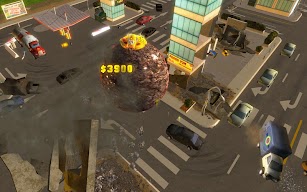 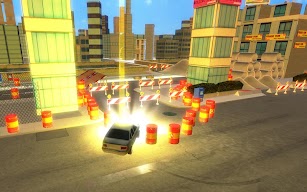 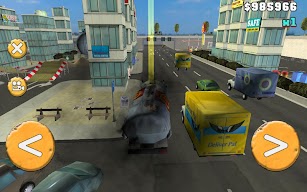 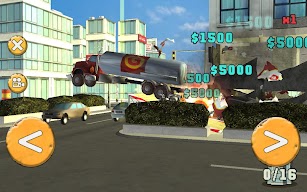