- Now you can set your high scores!

Download APK from previous versions of Dots and Boxes!

Who played this traditional game in school?

Dots and Boxes! is a very popular game which we used to play with a pen and paper back when we went to class. Choose to play by yourself or with a friend on the same device, whatever you feel at the moment.

The game consists of beating your opponent by creating as many squares as possible. Squares are formed by drawing four lines which form the shape and try to prevent your opponent from doing so, something which he'll be doing as well.

The game is well-done and works well, but they could've add something different, a new feature that made it special.

Upsilon Games is the developer of this doodle-designed game which can be pretty entertaining for a moment of reminiscence.

Dots and Boxes is a classic pen and paper game now on your phone!

Play against a friend or the challenging CPU opponent.
Try to set new high score! The faster and better you play, the more points you get.

Draw lines between dots up in order to complete squares. The player with the most completed squares at the end wins!

I would love your suggestions to make the game more enjoyable for you to play! Just send a mail. Thanks!
Have a good time!

The classic Squares game, also known as Dots and Boxes. Connect the dots to complete squares. Play against a friend or against the phone.

This is classic game for two players. Click on dots to connect them. If you connect four dots to form a box you put your symbol inside. The goal is to make more boxes than your opponent. If you complete a box it's your turn again. Play until you and your opponent fill all the boxes. In the game you can customize the playing field, play vs AI wi…

Link the dots and win the match. Dots & Squares is a puzzle game for fans of simple entertainments which actualyl make you think a bit every day. You can choose to play vs a bot (easy, normal, hard and pro) and against a human on the same device. Choose the size of the grid too and begin the battle of the boxes. How can you play? Simply connect two….

The classic Dots and Boxes game to remember childhood. Also known as Dots and Boxes, Boxes, Squares, Paddocks, Dots and Dashes, Dots, Smart Dots, Dot Boxing, ou Dot Game + HOW TO PLAY + The goal in the Dots and Boxes game is to always close the square. At each round, a player chooses where to draw a line between two adjacent points. The player sco…

Dots and Boxes (also known as Boxes, Squares, Paddocks, Pigs in a Pen, Square-it, Dots and Dashes, Dots, Smart Dots, Dot Boxing, or, simply, the Dot Game) is a game for two players (or sometimes, more than two) first published in 1889 by Edouard Lucas, a French mathematician.

Create the most squares and try to beat your opponent. Dots and Boxes is a matching puzzle game where the goal is to complete as many squares as you can. The winner is the player with the most completed squares. Choose your opponent (CPU Easy, CPU Hard or Human) and the number of cells before playing. You will be presented a simple grid and you onl….

A classic pen-and-paper game to play with a friend or by yourself. Connect the Dots Game is a classic puzzle game where the objective is to beat your opponent and create more squares than he does. How does the gameplay work? Simply, you need to create squares by adding the four sides, just by tapping on the appropriate spot to connect the right dot…. 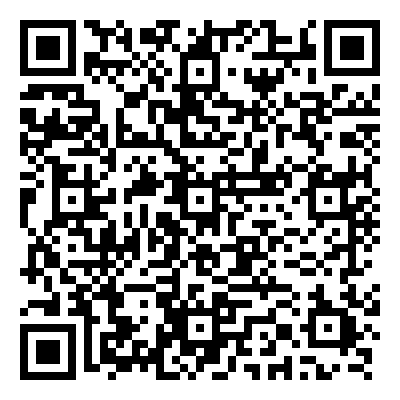 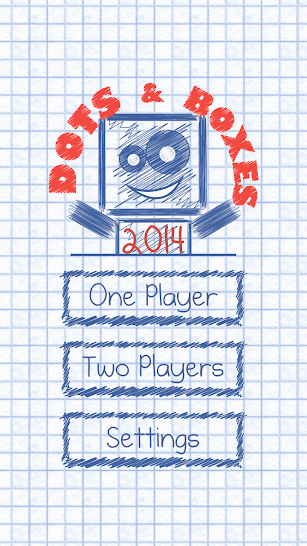 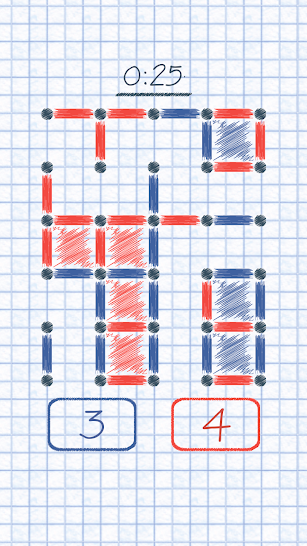 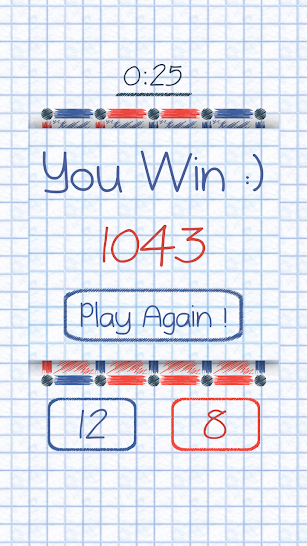 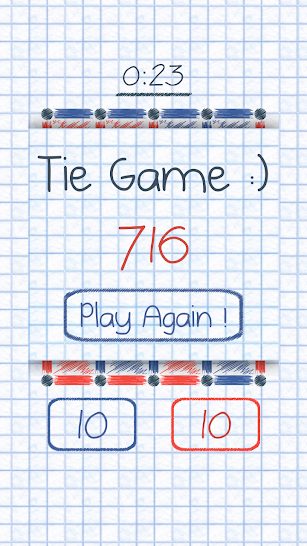 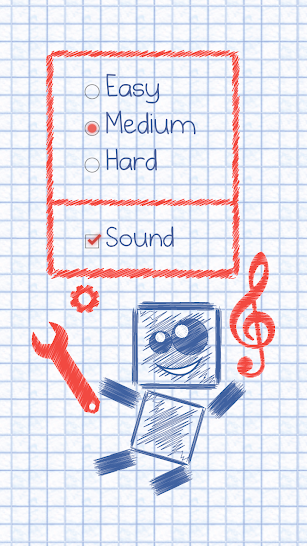