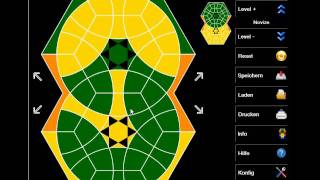 This puzzle was invented by Douglas A. Engel and it consisted of two intersecting discs in a plastic holder.

In the middle of the screen there is the actual playing area. It consists of two circular discs that are intersecting each other. On each disc, there are six stones alternating with six bones. The stones look like overweight triangles, the bones as malnourished rectangles.

Since the discs are intersecting, they share two stones and a bone. If a disc, let's say the upper one, is rotated by 60 degrees, then one stone and one bone that had previously also belonged to the lower disc are replaced by a new stone and new bone.

Right next to the playing area there are four buttons arranged with little arrows on it. With these buttons,
the two discs may be rotated. The rotations can also be initiated with an intuitive finger gesture. This requires a touch on the appropriate disc and then a move in the direction of the desired turn. When the screen is released, the rotation will be executed.

The forehead-slapping fun of The Moron Test is back in The Moron Test 2, the highly anticipated sequel to Google Play's favorite brain-teaser! The classic fun you know and love has graduated to brand new puzzles, hilarious animations, and much more! Master the game, then laugh as your friends and family struggle with these seemingly simple puzz…

The trial version of feather live wallpaper. Function: - Number of feathers, type, size, speed, direction setting. - Set background color freely. - Image files can be set to the background. Trial use period is 24 hours. During the period all the features can be used. To use: HOME > MENU > Wallpaper > Live Wallpapers NOTE: The commun… 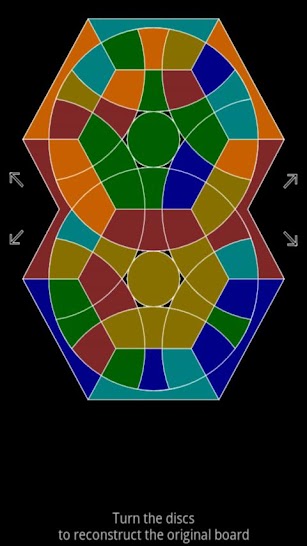 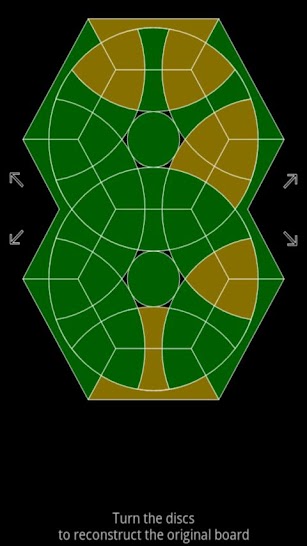 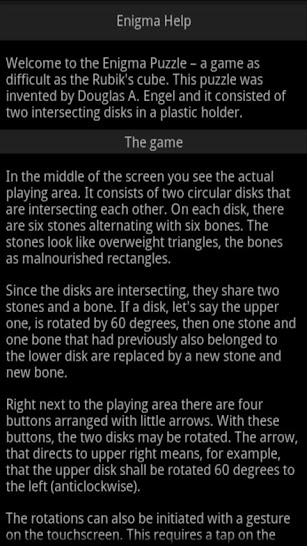 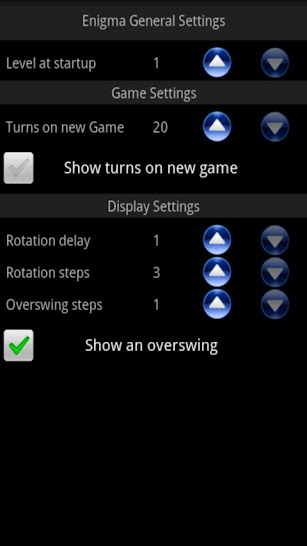 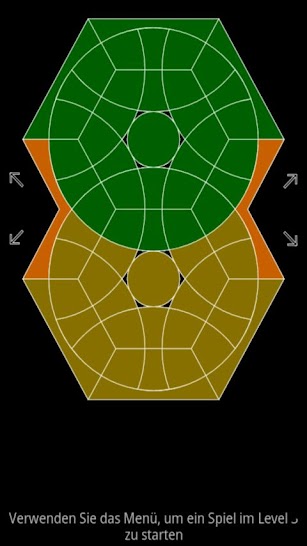 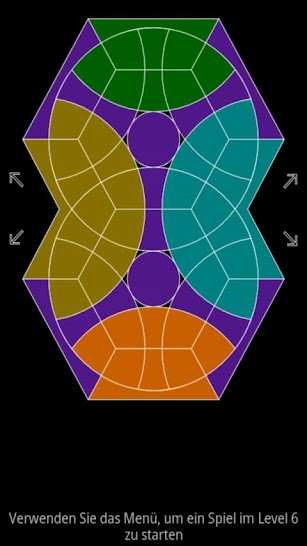 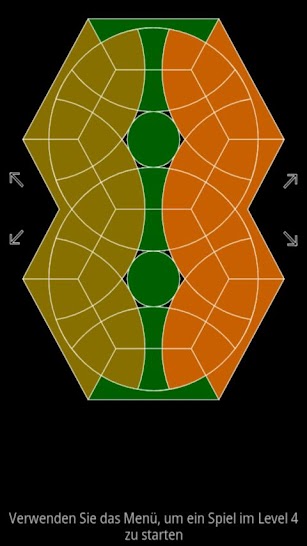