How to Become More Intelligent Than You Are Now?

Having a better memory can help you remember names, dates, locations, and recall important information more quickly and accurately.

For many years, neuroscientists thought there is any way to increase one's I.Q. as an adult. According to this scientific view, you can do puzzles, performance tasks, resolve problems and learn new things, but doing that you're simply to exercise your brain and not really become more intelligent - because this didn't happen.

But... Recent research shows that this may be wrong.

According to a study published by the University of Michigan (USA), presented at the Association for Psychological Science (Washington), shows that playing “dual n-back” 20 minutes a day of 20 days, may actually improve the working memory (short term memory) and fluid intelligence. The memory task game helps to achieve better results in IQ tests since it increases the ability to reason and develop new problems.

The game "n-back", created by W. K. Kirchner, in 1958, is a memory task that encourages the use of "working memory", which has the ability to retain information in short-term memory in an active way, even before interruptions, distractions or interference.

IQ Boost, which is presented here, offers three variants of the "n-back", namely the "dual n-back", which allows display the auditory stimulus at the same rate as spatial stimulus, increasing the difficulty of the game. The difficulty may also be increased by increasing the game’s time and the number of n-previous.

The game, like was presented by the authors’ paper, is quite simple, basically consists of a memory test on a continuous performance task, in which the player saw two series (or only one) of stimuli that were synchronously presented at the rate of 3000ms per stimulus. One string of stimulus consisted of a auditory stimulus (category of animals) whereas the other string of stimulus consisted of individual spatial locations marked on the screen. The task is to decide for each string whether the current stimulus matched the one that was presented n-previous in the series.

This mental exercise is great for children or adults who, when interrupted or distracted by something, have difficulty remembering what he they was doing. The game is especially recommended for students or for people who have a profession that requires great concentration, attention and the use of short-term memory, such as accountants, auditors, computer programmers or traders of the stock market.

Have fun while increasing your mental power ...

::: Some features are not available in free version. :::

NOTE: Some players who don't know how to play this game and not try to learn how, has given a negative rating. Unfortunately, this notation is due to unwillingness to figure out how to play the game.

1- You only need to hit one or two buttons (eye or/and audio image button).
2- If you hit the center of the screen you return to home screen.
3- If you choose spatial mode you continue to hear the audio, but is not considered in scoring (the boys' names and girls' name version the sound is off when you choose spatial mode).
4- The game have 8 different sounds and 8 image positions like the original game, and not 9. Please see the working paper: http://www.pnas.org/content/early/2008/04/25/0801268105.full.pdf+html

Off-line dictionary + Multi-language keyboard could be used in shops/stores to translate goods. It is useful for those who study Russian or English. Dictionary contains 80000 English words and 25000 Russian words and available off-line. Sometimes WiFi/Data connection is not available and you can use this application then. It is also has a small siz…

Your whole family will enjoy playing Bingo Road Trip on your next car ride. Bingo Road Trip lets everyone enjoy three classic games while traveling with a road trip spin. 1. Bingo Played just like classic bingo except you mark off squares when you find the depicted item. This mode supports one player per phone. Play against others with their phone…

You must have ADW.Launcher or ADWex to use this application.. This is an ADW theme that gives the effect of a cork board home screen.. All your icons appear on little purple sticky notes.. It contains 3 different docks, 6 different cork board wallpapers (including some ribbon boards for the girls).. The icon set is still a work in progress, with…

Easy Hash Compare is an easy to use app to compare the MD5 hash values of two files on your Android file system. It will allow you to know, with some certainty, that two files are equal. 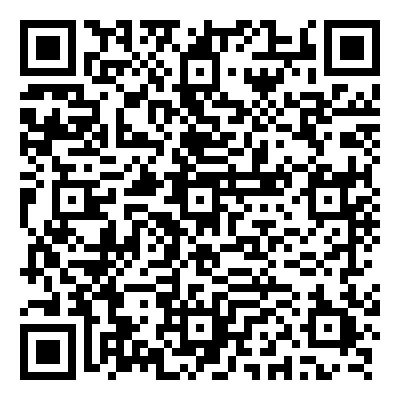