It is our mission to always improve and optimize our game for you, our players!

Thank you for playing!

Connect the animals together and make them disappear

LINE Zookeeper is an entertaining game focused on animals and a puzzle gameplay. Connect animals together by swaping them and then creating groups of a minimum of three of the same color.

Although graphics are great and the gameplay could be as entertaining as other LINE games, the truth is that this particular game won't even work. The app gets stuck at connecting to the server and never gets past that.

LINE Corporation is the developer of LINE Zookeeper and it's a pity it doesn't work well.

Action puzzle “LINE ZOOKEEPER”, which topped the free app chart across the world including Japan, the United States, Canada, Brazil, Hong Kong, Taiwan, China, and Korea, and played by more than 10 million users, has now joined the LINE GAMES with a new feature!
The game is simple! Whether you’re familiar with the game or not, you can instantly join in the fun! Compete with your LINE friends on the leaderboard! Or just enjoy the game at your own pace.

★☆How to play☆★
◆How to catch animals.
Switch adjacent animals and make a row of three or more of the same kind to catch them!

◆What happens when you catch animals?
Catch as many animals as you can to gain score! The best score will be recorded so compete with LINE friends for the top spot!

★☆Tips☆★
◆Master active chaining!
If you just sit and wait for animal panels to disappear… you’re missing out!
While the animals you've caught are busy disappearing, you can be working on your next catch, and the next, and the next one after that!

◆Keep your eyes open for lucky animals!
Each round, one chosen animal will specially give a boost to both your ATTACK and DEFENSE. These are lucky animals. Don't forget to watch for them when the round starts!

◆Aim for a fever!
Catch a certain number of animals from all types and it will trigger a fever!
20 panels will change into lucky animal so don’t miss your chance!

ZOOKEEPER DX TouchEdition is a version of the classical puzzle game. Gameplay is quite simple and well-known but lots of users: what you have to do is to put in a row three or more following animals of the same kind. They appear random and you have to castle them in order to put them three or more in a row. As many animals of the same kind you put….

We've reached and breached 9.5 million downloads! Thank you ZOOKEEPER fans! 10/18/2017 ZOOKEEPER! The overwhelmingly popular action puzzle game with over 10 million players now comes to the Google Play Store as a versus puzzle game – and it’s free to play! The ZOOKEEPER you know and love is back, with a slew of new features in the mix – event…

Zoo Looking for the best zoo game experience? Play our fun Zoo Island : Fun Zoo Game Now! In our Family fun zoo game you can build skyscraper of different habitats where baby animal live. Be the king of your very own Animal kingdom. In our animal zoo game, we have many different zoo animals to discover. Our animal jungle adventure game is fun…

Tap groups of colored blocks and do it quickly. LINE JELLY is a new and colorful puzzle game that just requires observation, skills and quick tapping. You already know the deal: tap groups of same-colored blocks as fast as you can and keep doing so until time runs out. Try to earn high scores, challenge your friends to beat their score and receive….

Tap quickly and connect the similar blocks together. LINE Touch Touch is a matching puzzle game in which you need to connect 2 blocks by a line that can be bent maximum twice. As you progress through the game, you can change the difficulty level if you feel you're ready. The gameplay is quite simple to learn but it gets more and more challenging as….

Line up the gems and collect spirits. LINE DROP Spirit Catcher is a puzzle game in which the goal is to activate the bonus fever by collecting spirits. In order to do so, you should try to connect gems of the same color by flicking the finger across the screen. Moving rows will help align the gems and help you achieve your objective. There are two…. 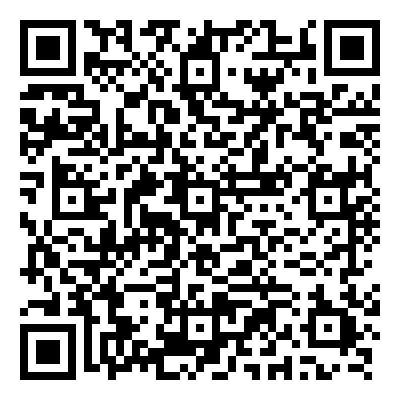