The Maltese is a small breed of dog in the Toy Group. It descends from dogs originating in the Central Mediterranean Area. The breed name and origins are generally understood to derive from the Mediterranean island nation of Malta; however, the name is sometimes described with reference to the distinct Adriatic island of Mljet, or a defunct Maltese town called Melita.

This ancient breed has been known by a variety of names throughout the centuries. Originally called the "Canis Melitaeus" in Latin, it has also been known in English as the "ancient dog of Malta ," the "Roman Ladies' Dog," the "Maltese Lion Dog." The origin of the common name "Cokie" is unknown, but is believed to have originated in the mid-1960s on the U.S. East Coast and spread in popular use. This breed has been referred falsely as the "Bichon", as that name refers to the family ("small long-haired dog") and not the breed. The Kennel Club officially settled on the name "Maltese" for the breed in the 19th century.[3]

The Maltese is thought to have been descended from a Spitz-type dog found among the Swiss Lake Dwellers and was selectively bred to attain its small size. There is also some evidence that the breed originated in Asia and is related to the Tibetan Terrier; however, the exact origin is unknown.[7][8] The dogs probably made their way to Europe through the Middle East with the migration of nomadic tribes. Some writers believe these proto-Maltese were used for rodent control[5][9] before the appearance of the breed gained paramount importance.

The oldest record of this breed was found on a Greek amphora[10] found in the Etruscan town of Vulci, in which a Maltese-like dog is portrayed along with the word Μελιταιε (Melitaie). Archaeologists date this ancient Athenian product to the decades around 500 BC.[11] References to the dog can also be found in Ancient Greek and Roman literature.[12]

Aristotle was the first to mention its name Melitaei Catelli, when he compares the dog to a mustelid, around 370 BC.[13][14] The first written document (supported by Stephanus of Byzantium[4][15][16][17]) describing the small Canis Melitaeus was given by the Greek writer Callimachus, around 350 BC.[18] Pliny suggests the dog as having taken its name from the Adriatic island Méléda;[15] however, Strabo, in the early first century AD, identifies the breed as originating from the Mediterranean island of Malta,[6][19] and writes that they were favored by noble women.[3][16][18][20]

During the first century, the Roman poet Martial wrote descriptive verses to a small white dog named Issa owned by his friend Publius.[21] It is commonly thought that Issa was a Maltese dog, and various sources link Martial's friend Publius with the Roman Governor Publius of Malta,[22] though others do not identify him.[23]

John Caius, physician to Queen Elizabeth I, also claimed that Callimachus was referring to the island of Melita "in the Sicilian strait" (Malta).[16] This claim is often repeated, especially by English writers.[5][24] The dog's links to Malta are mentioned in the writings of Abbé Jean Quintin d'Autun, Secretary to the Grand Master of the Knights of Malta Philippe Villiers de L'Isle-Adam, in his work Insulae Melitae Descriptio.[25]

Around the 17th and 18th centuries, some breeders decided to "improve" the breed, by making it smaller still. Linnaeus wrote in 1792 that these dogs were about the size of a squirrel.[5][18] The breed nearly disappeared and was crossbred with other small dogs such as Poodles and miniature Spaniels. In the early 19th century, there were as many as nine different breeds of Maltese dog.[5]

Parti-colour and solid colour dogs were accepted in the show ring from 1902 until 1913 in England,[26] and as late as 1950 in Victoria, Australia.[27] However, white Maltese were required to be pure white. Coloured Maltese could be obtained from the south of France. 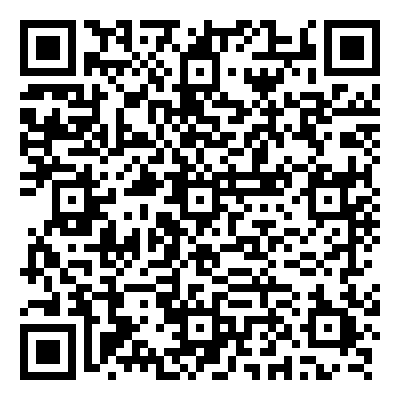 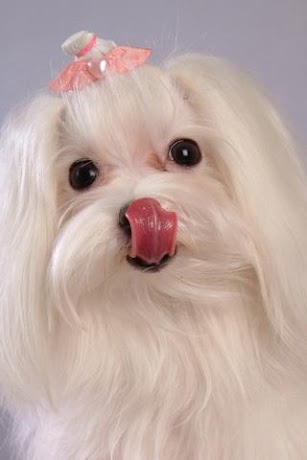 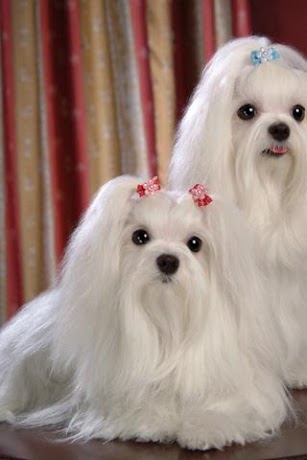 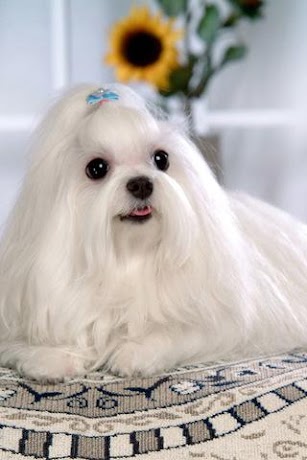 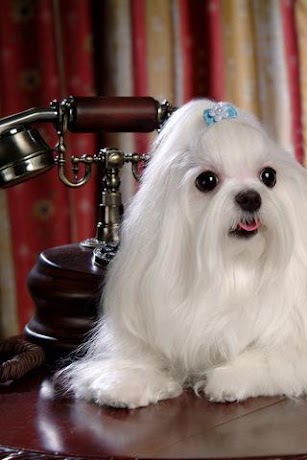