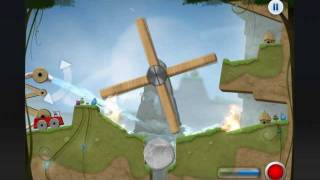 "The village is safe if Sprinkle's firemans are out there"

Gameplay: use a water cannon to put out the fire in each level. You control the cannon which is on a crane aiming as well as its height. Thus, making the most of items, blocks and gaps on the field you will find the way to bring the water to the fire focus. The less water you need to extinguish the fire, the better score you'll get. Bear in mind though, that the cannon is finite and if water runs out without putting out the fire, you lose the game The scoring system is similar to Angry Birds or other puzzle games. However, instead of stars it gives you water drops and, the maximum you can get is five.

3D graphics are simple, if enough for this kind of game. Water physics are great, specially when it gets into terrain gaps and comes up as geyser. Controls are simple: drag circularly for aiming, scroll vertically to up/down the crane and push the left-down corner button for sprinkling the water.

There are up to 72 levels divided in different stages. You have to beat the previous level to unlock the other. Some stages need a given amount of water drops scored to unlock them.

In a nutshell, Sprinkle is a great puzzle game which strongest points are simplicity and high playability. If you like this brain-teasing puzzle games but you're fed up of launching birds to green pigs, it's time to put all your energy in a nobler cause: save inhabitants of Titan from the flames. Must have

"Sprinkle is a solid puzzle game in a similar vein as Crush the Castle or Angry Birds, yet carries gameplay and an identity distinct from either." 4/4 Must have - [Slide To Play]

Using a water cannon mounted on a crane, players must adjust the height and angle of the cannon to fight fires, move obstacles, spin wheels and activate traps in this challenging water-physics based puzzler! But squirt carefully as you will run out of water and the less water you use, the more drops you earn!

Sprinkle is available for devices running Android 2.3 or greater!

Using some of the most realistic water physics seen on an Android device yet, Sprinkle is a brain-teasing game that will have players straining to figure out each puzzle and obstacle.

Amazing water physics – Some of the most realistic water physics ever seen on an Android device make Sprinkle an exciting and addictive puzzler.

Brain-teasing puzzles – What starts as simply pointing and spraying to quench each fire becomes much more challenging through the 72 levels, as players must overcome the intricacies of each puzzle before time and water run out.

Blocks, boulders, and cogs oh my – Use the power of your water cannon to move blocks of ice and boulders, spin giant cogs, and depress traps inorder to reach and extinguish every last fire.

The inhabitants of Titan, a moon of Saturn, lived out their days peacefully in their straw hut homes – until space tourists from Earth crashed through Saturn’s rings, bringing a storm of flaming asteroids crashing down on the Titans. To combat the widespread fires threatening their homes, the Titans have built a massive water cannon. And they need you to man it!

This FULL VERSION contains 100 brain-teasing levels and is supported by ads. If you like this game, please consider purchasing the ad-free FULL VERSION to support future development. You are a lowly Mark I service droid - Dust Bin Designation 42, aka DB42.... or just "Deeby" to your electro-FRIENDS and fellow junk bots. You KNOW you are…

Have you always wanted to fire medieval canons at constructed towers in your garden but now have several restraining orders saying you mustn't ? No, OK just me then, but if you like 3D physics puzzle games you're in luck ! Introducing Topple Towers. Manoeuvre your cannon around a series of increasingly complexed puzzle towers, blast any r…

Titan burns again - Award winning, fire fighting, water-physics puzzler Sprinkle is back with an all new adventure! In a not so distant future, a garbage hauling space ship from Earth has gone off course and burning trash is falling all over the beautiful islands of Titan. The innocent Titans' villages have been set on fire by burning trash an…

Launch OddBalls from a cannon in this crazy physics puzzler! Bounce off walls, float in fans and bend around magnets to solve unique puzzles using real physics. WHAT THE REVIEWS ARE SAYING: * "OddBalls was a very pleasant surprise and I definitely recommend it if you’re looking for a new puzzle game" - Indie Statik * "The bottom li…

A witty puzzle game. Lucky's Escape is about a rabbit that wanted to build its own rocket to fly the skies and make use of its telekinetic ability that allows it to move stuff with its mind, much like a rabbit fussion of Wernher von Braun and Magneto, so you can get the picture. You must help Lucky to escape the lab it's trapped in and avoid the um….

Have you ever seen those masterfully crafted wooden block puzzles? The ones that look so simple, yet prove such a challenge to pull apart? Interlocked serves up cleverly crafted 3D puzzles where the goal is to figure out how each interlocking level fits together in order to pull it apart. With simple, intuitive, touch-based gameplay and five beau…

Connect the same-colored shapes together and fill the whole board. We introduce Chromix, an addictive puzzle game in which the goal is to connect the two shapes of the same color. Tap and drag to draw a wire that connects same-colored chromixes. The difficulty lies in having to fill all blank spaces in order to complete the level successfully. That…. 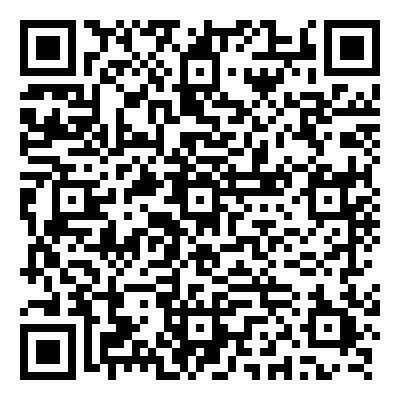 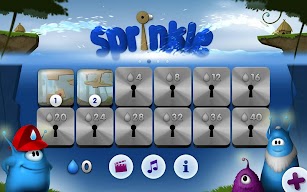 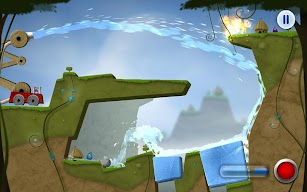 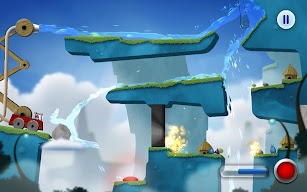 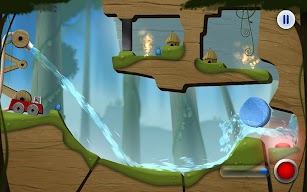 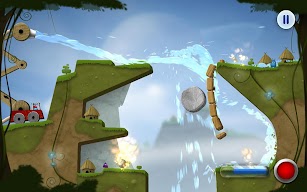