Thank you for all your feedback! If you have any issues with this App, please send an email to support_android@kiteretsu.jp
Android
»  Games
»  Puzzle
»  ZOOKEEPER DX TouchEdition

ZOOKEEPER DX TouchEdition is a version of the classical puzzle game

Gameplay is quite simple and well-known but lots of users: what you have to do is to put in a row three or more following animals of the same kind. They appear random and you have to castle them in order to put them three or more in a row. As many animals of the same kind you put together, higher score you'll get. What makes it so interesting is that there's a countdown bar that will be re-filled each time you make a line. Try to level up before running out of time.

There are two game modes. "Normal game" advances to next stage if you catch more animals than target. "Tokoton game", catch 100 animals and advance to next stage. Devoted mode without stage limit.

Graphics are simple but well-designed. Maybe a bit color overloaded. Screentouch response is OK and we haven't noticed any lag or forcecloses.

ZOOKEEPER DX TouchEdition has been developed by Kiteretsu, an emerging developer who's reaching great success with this title. In a nutshell, Zookeeper is a great timewaster for those lovers of bubbles, tetris, and other puzzle-like games.

[How to Play]
A puzzle game with simple rules - clear out panels by lining up more than three equivalent by swapping two neighboring panels.

Touch and drag the animal to the direction you want to insert, and the animals switch positions. Vertically or horizontally, line up more than three same animals to catch them. Catch more than target number, and you beat the stage.

NORMAL GAME
Advances to next stage if you catch more animals than target.

TOKOTON
Catch 100 animals and advance to next stage!
Devoted mode without stage limit.

Create groups of identical animals and earn a high score. Animal Match is an animal-focused puzzle game where you need to connect identical items. Create long lines so as to earn power-ups that will help you achieve a higher score. Swap the adjacent tiles to create the matches and progress through the levels which will soon grow in difficulty. Grap….

An engaging puzzle game for the younger ones. Jewellery Bird is a simple puzzle game where, as you could expect, the objective is to connect identical birds Choose between Stage, Classic or Endless and begin the bird adventure. What do you need to do? Swap the adjacent birds to obtain matches of three or more of the same color and continue doing so….

We've reached and breached 9.5 million downloads! Thank you ZOOKEEPER fans! 10/18/2017 ZOOKEEPER! The overwhelmingly popular action puzzle game with over 10 million players now comes to the Google Play Store as a versus puzzle game – and it’s free to play! The ZOOKEEPER you know and love is back, with a slew of new features in the mix – event…

Match same-colored fruits and destroy the center blocks. Are you a fan of both fruit and puzzles? Fruit Match brings together those two elements: your objective is to match fruits together by swaping them to obtain your result. Finish the stage by breaking the center blocks and level-up quickly. Make use of power-ups as you keep on playing and watc….

Connect the animals together and make them disappear. LINE Zookeeper is an entertaining game focused on animals and a puzzle gameplay. Connect animals together by swaping them and then creating groups of a minimum of three of the same color. Although graphics are great and the gameplay could be as entertaining as other LINE games, the truth is that…. 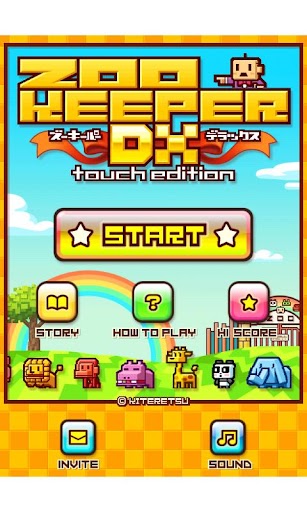 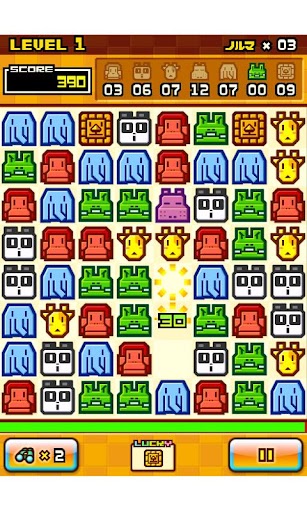 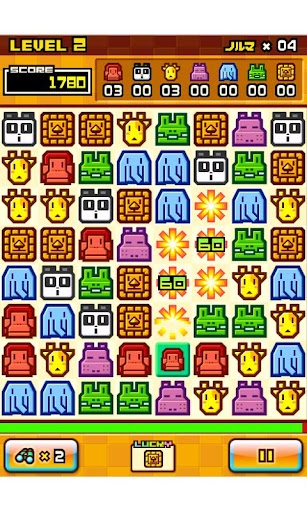 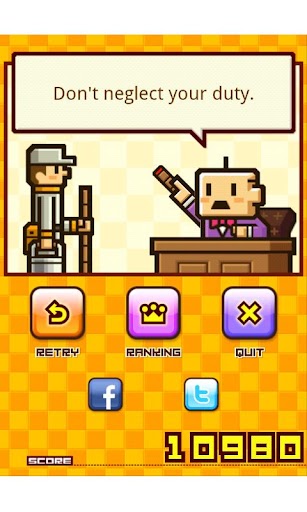