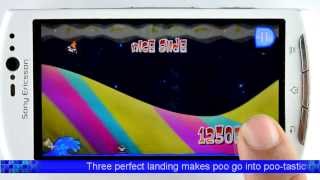 Angry Poo Space
Episode 2 - Escape from Uranus
What, no Tiny Wings on Android?!?!
No worries!
Android has Poo on Fire Escaping from Uranus!
Now that's some funny shit!

One Poo on Fire...
One Loo on a Surfboard...
One Completely new game play.....
One Million Laughs!

The Angry Poo Space saga continues on as everyone’s favorite unlikely space heroes are back for an all new zany adventure.

The newest installment of the hilarious independently developed Android game ‘Angry Poo Space’, that surprisingly resulted in the developers success story featured in an article published on the Samsung Developers website earlier this year, promises all new action packed game play in a flaming race to space. Angry Poo 2 - Escape From Uranus returns players to the Poos quest to reach the planet Poo-Topia and escape the cold ceramic clutches of King Loo and his villainess toilet army!

Disaster strikes as Flamer Poo finds himself separated from his gang of brown buddies and stranded on a planet Uranus. To make matters worst he’s been spotted by the evil King Loo who is bound and determined to catch him and Flush him up. How on earth are you supposed to get away without even having a pair of Tiny Wings to help you fly? Luckily you’re now on Uranus which is a world full of beautiful colored hills. You must use these hills to gain speed flame up and you’ll feel like you can fly. Just use the simple one touch game controls to help Flamer Poo escape from Uranus and reunite him with his fart powered friends so they can travel to Poo-Topia and beyond!

Angry Poo 2 – Escape from Uranus delivers all the hilarious sound effects, animation and downright inappropriate fun of the original game, in a completely different yet familiar style of game play.

You can find the original Angry Poo Space in addition to Angry Poo 2 – Escape from Uranus for free in the Android App Store. Both of the apps will work on all Android devices running OS 2.2 or later.

Fans can also get their fix of not so witty humor out of Angry Poo via Social Media by connecting with them on Facebook (www.facebook.com/AngryPooSpace) and Twitter (@Angrypoospace) as well as the website at www.angrypoospace.com

Just when you thought life could get back to normal - the Angry Poos are back and this time it’s Poo-sonal!

SO CHECK OUT ANGRY POO SPACE E2 TODAY! IF YOU'RE A KID, YOU'LL LOVE IT!
AN ADULT? YOU'LL BE LAUGHING SO HARD YOU'LL FEEL LIKE A KID AGAIN!

WARNING
This game has NO angry birds, doodle jump,or tiny wings
Just fart sounds, crappy graphics, ridiculous things
This game is familiar play and I make no denial
It serves one purpose only, to bring out a smile
And if you laugh so hard you roll on the floor
Please share it with others and ask me for more
But if farts, crap, and gay shit arent funny to you
Then why would you like spoof games all about poo?
So Im warning of content, Crap, Poo, and innocent fun
If you like it please rate it and tell everyone!

Just a Funny Parody Game to pass the time and get a few laughs!
NEED MORE? CHECK OUT THE ORIGINAL ANGRY POO SPACE, JUST UPDATED!!!!

The Android App for ARES 2013 is developed by ConfDriver team and provide useful information for conference participants.

Description: ICRE Mobile App By The Royal College of Physicians and Surgeons of Canada The ICRE 2018 mobile app enhances and amplifies the value you get from the International Conference on Residency Education (ICRE): The world’s largest conference devoted exclusively to advancing residency education. Each year, ICRE’s unique forum brings toge…

HomA is a free and open source framework for building smart homes and connecting them to the internet of things. It is designed to provide an entry into the world of home automation while also remaining highly extensible and adaptable for advanced users. To facilitate the development of own hardware and software extensions, HomA relies on complete…

Comfori was founded in the United States of America to provide superior consulting services within America and United Kingdom. Under the able leadership of Ms. Barbara St. Onge, Comfori International USA organised strategic events for the corporate and industrial arenas. Comfori USA established a platform for industrial consultants and speakers to…

Are you away on business? Or have you moved to a new city? Or, are you looking for the ultimate salsa party? If so, then you need to check out our Salsa app. It can be so frustrating trying to find clubs, bars and restaurants that put on Salsa events. Trawling the internet for these places is often time consuming and many results are for past event… 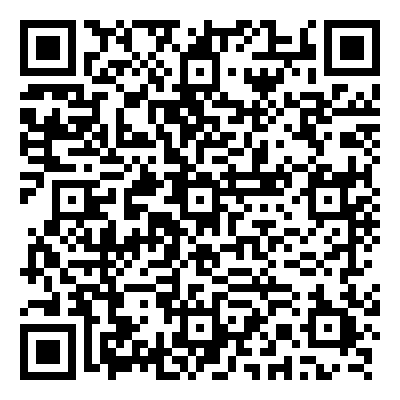