A drag race is a short straight line race which what matters is a quick start, precise gearshift and to activate the N2O

"Show to everyone who rules the road"

Gameplay is quite simple: you race against another car in a short straight line race. You have control over three issues: the accelerator pedal, the gears and the button to active the N2O. You have to manage to launch bettter than you opponent and to gearshift properly in order to overtake it tenths of seconds. Activate the N2O whenever you want, but take into account that it runs out quickly.

You can play against computer in four different difficulty levels (beginner, amateur, pro, and Boss Battle). By winning races you'll get cash that you can use to upgrade your car regarding engine, turbo, intake, nitro, weight or wheels. You'll need some respect points for the latest upgrades. Respect points only can be gained by winning Boss Battle races or by winning online races against other players.

Actually, you can play online in three different ways: face to face, you race with your car against other players with their own car; drivers battle, same car for both players (show your driving skills); Bet and race (bet Respect points and race with your own car). There's another online game mode called "Pro league", you contest on online leaderboard against other players.

In the last times they've added a new game mode: career. You will improve your skills by beating challenge that fit with your level. You can also earn RP this way.

Graphics have really been enhanced since its first release. We warn you: the game is really addictive. There are different cars that you will unlock as the game progresses. Each car has its strengths and weakness and you have to handle them perfectly if you really want to win races. Anyway, you'll need to upgrade your cars if you want to win races online and offline.

Drag Racing has been developed by Creative Mobile, a developing company focused on mobile games for Android which also has launched many other titles in the market.

Drag Racing is becoming one of the most addictive games on Android platform. Update after update the developers are enhancing its playability and performance. High recommendable.

Climb the leaderboards and immortalize your name in the Hall of Fame! Challenge other players online: race 1 on 1, drive your opponent’s car, or participate in real-time 10-player races in Pro League

LOTS OF CARS:
Do you dream about seeing 1000+ HP exotics pushed to the limit on a drag strip? Would you pick an iconic Skyline GT-R, a classic 69' Mustang, or a brand new BMW M4 as your ultimate driving machine? Buy your dream car, install performance upgrades and show your skills in 1/4 or 1/2 mile races

UNLIMITED DEPTH:
Do you think racing in a straight line is easy? Try to find the right balance between power and grip while staying in your class. Tune your car and accelerate your way to victory, Add nitrous oxide for more fun, but don't hit the button too early! Go deeper and adjust gear ratios to shave off precious milliseconds through 10 levels of cars and race categories.

COMPETITIVE MULTIPLAYER:
Racing on your own may be fun enough, but the ultimate challenge is in the "Online" section. Go head-to-head against your friends or random racers, beat them while driving their own cars, or race against 9 players at once in real-time competitions. Join a team to exchange tunes, discuss strategy and share your achievements.

AWESOME COMMUNITY
It's all about the players! Connect with other car game fanatics and enjoy Drag Racing together:

TROUBLESHOOTING:
- If the game doesn't start up, runs slowly or crashes, please get in touch and we'll do our best to help.
If you have any questions, make sure you check out our FAQ at http://dragracing.creative-mobile.com/faq/
...or use one of the two ways to contact us through our Support system: https://support.creative-mobile.com/ or via e-mail at support@creative-mobile.com

The Bike Edition of the most popular drag racing game . This time though, we're talking about cars but bikes. Gameplay is quite simple: you race against another bike in a short straight line race. You have control over three issues: accelerator, gears and the button to active the N2O. You have to manage to launch bettter than you opponent and to ge….

Get Ready for the Holidays with Google Play’s Festive Updates CSR Racing 2 – The next chapter for the #1 drag racing game of all time, now with AR mode! “So real it hurts”, CULT OF MAC “CSR Racing 2 is visually stunning” – GAMEZEBO Setting a new standard in graphics, CSR2 delivers hyper-real drag racing to the palm of your hand. This game is a c…

5/5 “I just won my first car in a pink-slip race! WOW, it was such a rush. I love this game!” 5/5 “Excellent drag racing game! It looks great and the short races are fun and addictive! I recommend it to everyone.” 5/5 “I am loving the launch mechanic. Races are won by skill, unlike other games. Incredible graphics and gameplay to match!” Drag race… 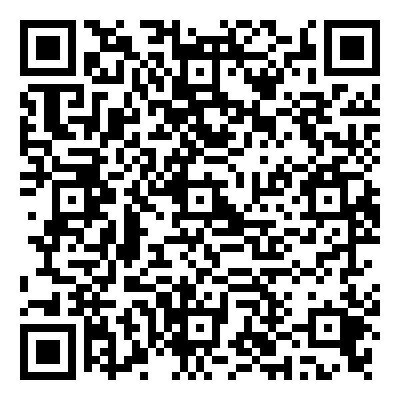 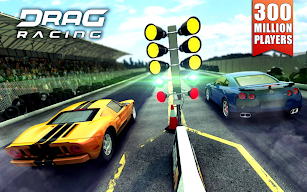 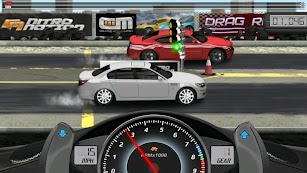 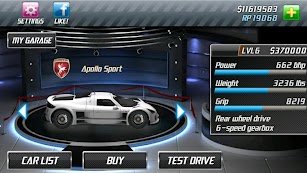 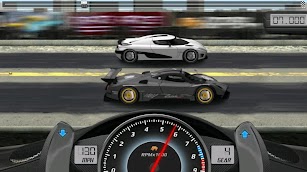 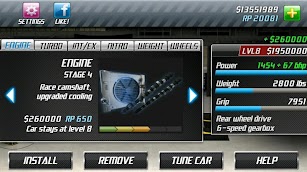 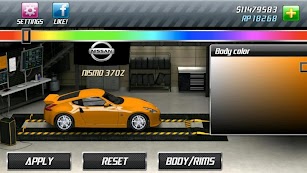