"Don't survive the apocalypsis and drive"

Drive with Zombies 3D comes with a very interesting premise. You drive a van down a highway full of hungry jumper zombies (yes, you read it right, they jump, they jump very far indeed) and obstacles in the form of the vehicles of those who tried to be as dare as you before and failed. Once a zombie has managed to get grabbed to your vehicle, you can shoot him down, because that's the main reason of having a gun in glove compartment; or deliberately drive next to an obstacle to throw it away to the ditch. If you drive "into" an obstacle instead of "next to" you die and thank you for playing. Keep in mind that carrying a bunch of zombies on the sides of your van reduces considerably your maneuverability to the point that, when there are four of them, you'd better start to shoot them in a frenzy before someone -that's you- gets badly hurt.

Game controls are easy: tilt your phone to steer and tap on the left to shoot to the left or tap on the right to, well, I'm sure you already know what will happen whenever you tap on the right of the screen. Game mechanics are even easier: you don't control your vehicle's speed nor you can slow down or brake, so game gets more intense at every other second. In short, the further you arrive and the more zombies you kill, better score you'll get.

Before you ask: no, you can't run zombies over. And yes, you can buy better cars and better weapons through an in-app purchase, available since the early beginning. This may be is one of the main flaws, that there aren't power-ups or improvements achievable by the sweat of your front (ahem, without paying). If you are not prone to pay a cent, you'll be limited to choose between two cumbersome wheeled can of sardines and to defend yourself armed with a gun. If you want to help an independent studio to grow and release further -and needed- updates, you can choose among sports cars, shotguns and, overall, cooler stuff.

Game isn't easy. That should be clear. Graphics, although 3D graphics, must be improved, because there's a slight difference between 3D and 3D pixel art. Sound can be switched off. However, it can be tried out for free and, once you catch how it works, it's quite playable.

Drive your car down a desert highway as zombies leap at your vehicle and attempt to flip you over! How long can you survive the undead attack?

You will have a few weapons at your disposal. Obstacles in the road will help you swipe zombies off. But, be careful - crash directly into obstacles and you'll be eaten. You also have a number of guns including pistols, machine guns, a minigun, and a sniper rifles. Use your firearms to slaughter zombies as you shoot from the driver's seat.

Keep an eye on your gas indicator and don't run out of fuel. Gather gas tanks on the road as you're driving and increase your chances of survival!

“Drive with Zombies definitely has a lot of challenge to it and the achievements add a sense of direction to the game too. The graphics are impressive...and the animations are top notch. The different cars add your own personality to the game, and most of the vehicle models have been highly detailed and fit right into the zombie apocalypse.”
-MobileMag, Sept. 2012

Game features:
- 7 cars available including jeeps, trucks, police cars, and more
- 6 weapons available including a Pistol, AK-47, SMG, Minigun, M-16, and more
- Highly addictive gameplay
- Numerous achievements and rewards
- Tilt to steer and navigate between obstacles. Run into an obstacle head-on and lose
- Three zombie types
- Tap to shoot a zombie off and turn it into roadkill
- Counter for miles driven, race to get as far as you can
- Counter for zombie kills
- More weapons, vehicles, and zombie types coming soon
- FREE for a limited time!

Survive for as long as you can and make it onto the Drive with Zombies leaderboard!
The leaderboard features ranking for highway miles driven as well as zombie kills.

FREE for a limited time so get it today!

Kill zombies while driving your car dangerously. Zombie Road is an action-packed game for those who enjoy guns and killing zombies, as well as driving crazy vehicles. In order to control the car, you need to tilt your phone left or right and hit one of the four regions to shoot towards that direction. Also, be sure to use the other helpers which wi….

Are you a fan of endless games and Road Kill games? You’re in for the ride of your life through a zombie apocalypse! Zombies Gang: Cars and Guns is action game that blends the boundaries of classic shooter games and timeless racing games. The rules are very simple - slay the endless waves of zombies or have your brain eaten. Ruthless dead squad o…

Drive your way through a zombie apocalypse. Fire your guns and kill all zombies in your path. Avoid other cars and obstacles and get as far as you can. Zombie Squad allows you to choose your car and upgrade it. Personalize your car by changing its weapon or its armor. Also, you can buy new car models in the store. Kill all zombies in your way, ga…

A road survival scroller. Apart from how many games about zombies are out there, there's a successful sub-genre we could call "zombie road survival games" consisting of letting the road and the zombies therein scroll towards you while you tilt to avoid incoming obstacles. In some way, it reminds of old LCD handhelds. Of course, our beloved smartpho….

Run over zombies, upgrade cars. Repeat the process.. A new zombie apocalypse in town. Of course, there's not a single missing: survivors in inferiority, the promise of a cure hidden somewhere and roads infested of undead. Fortunately, this time the survivors have cars to travel through those hazardous road, looking for the cure. You must have no me…. 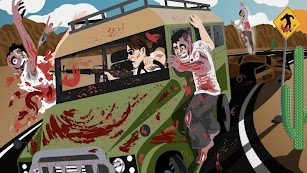 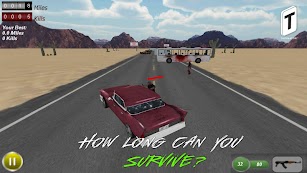 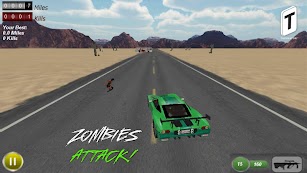 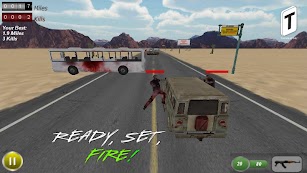 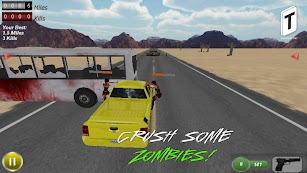