Side-scrolling game are addictive, that's a fact. Who can say no to a "how long can you last" challenge? I can't. So I put my paws on this game and discovered that there isn't a guy running and jumping, as usual. Instead, you take control over a helicopter, flying the city night line.

You must keep the helicopter in the air as long as you can, fighting against gravity and dodging missiles and platforms. Of course, there are some items you shouldn't avoid: shields and power-ups will help you get further.

Tap and hold to make the helicopter ascend and release to let it fall down. Don't touch neither the top nor the bottom of the screen or it will crash anyway. Keep it right in the middle and avoid dangers when they show up.

There are three different modes: survival, timer and action. The last two game modes must be unlocked. Timer via "Like Facebook page" and action via "Sign in G ". Actually, login G has other benefits: you will be able to unlock achievements and submit your best marks on online leaderboards.

Graphics aren't impressive: sober and minimalistic. Genre average by the way. It doesn't affect playability. However, I'm missing environments, more power-ups and maybe and upgrading system which will make it more challenging

Beware of flappy birds will fly on some obstacles.

Navigate your helicopter, take full command over your chopper, be a master yourself and Challenge your friends to beat your score and achievements.

Collect Shield kits which will protect the chopper from the single obstacle. But it's probably best to avoid missile spikes all together. Remember, money is nothing without a long run.

1. TIMER MODE: Collect Timer power to fuel up your chopper to run a long distance.

2. ACTION MODE: Attack and Shoot the dangerous missiles by taping on screen, have a best shooting gaming experience.

You are provided unlimited with unlimited bullets & missiles to add more excitement to the game play.

This game has an exciting feel than any classical version of chopper games and proves to be more challenging.

Run the chopper as long as you can and challenge your friends on the Leader-board. Be bold and fearless. It will take tons of courage and conquer the skies with your attention.

This game is highly recommended for you as you love racing, action, shooting, flying & running games.

Skillful play will be rewarded with Free Coins and Achievements.

*Get it while it is free!

1. Tap the screen or hold to push the Chopper up

2. Release to come down

3. Avoid obstacles by flying around them

4. Run the chopper as long as you can without crashing

Some kind of flappy birds will fly on the way..

Practice your flight because the difficulty grows up in all Modes. Big challenges are available in Action Mode, turn on the machine gun and prepare for the racing chopper shooting.. Enjoy!

We appreciate your ideas & suggestions via E-mail.
Thanks in advance.

“Who cares about flappy bird ripoffs and avoiding white tiles, racing jetpack penguin 2 is the next super big kids hit!” “I love endless run race games! A swimming jetpack penguin is the perfect combination of skill and cute addicting fun. Not to mention the adorable flapping fins!” "I love adorable cute penguins and this one takes the cake!…

Flappy is BACK! Now more FUN and visually STUNNING than ever before. Experience the Thrill and Excitement while you bravely navigate YOUR character through deadly pipes and other obstacles… But beware - even the slightest mistake and GAME OVER - back to restart! "Tap your way to the top" of the leaderboards and become a Flappy KING! Enjo…

Officially released by Freak Space games, Freaky venom won Game Jam 2018 at Khadga Entertainment. Wish coming true for Superhero fans as this winner of game jam is having characters similar to spider man, Venom. Controls: One tap game Hold to swing with web Release to thrust up like a hero Venom is escaping an assault of Policemen and other symb…

The high speed epic 3D driving lane adventure for every Sane Lane car driver is here !! Mind it though that the lanes themselves are anything but :) Good luck maneuvering these "insane" lanes with a "bomb" on board. The bomb planted by the enemy will explode when the coins run out, so collect coins on lanes and other cool st…

Jetpack Soldier is fast-paced platformer . Jetpack Soldier keeps the essence of classic 80s-90s platformer. Simple controls, pixels and lot of action. You embody a cute little character equipped with a jetpack whose mission is to collect stars. Well, actually there are two game modes. "Quick game" is like an endless mode; the goal: getting as far a….

Flappy-clone with an eagle and various upgrades. Igor Mats' Clumsy Eagle FREE is a blatant Flappy Bird clone, so if that's what you're looking for, you've come to the right place. Is there anyone who hasn't played this by now? You're a very awkward winged beast, and you've got to fly forward through a series of pipes with rather small openings. It….

Download and play your (FREE) racing game - “Desert Rage” on Google Play now! You are a desert rider. Ride your bike in the mountain terrain of desert without falling down. Collect coins to upgrade your bike. Avoid crash on the hills and dangerous obstacles. Play your game in two modes- (1) Normal mode and (2) Timer mode. Features: *Amazing HD d… 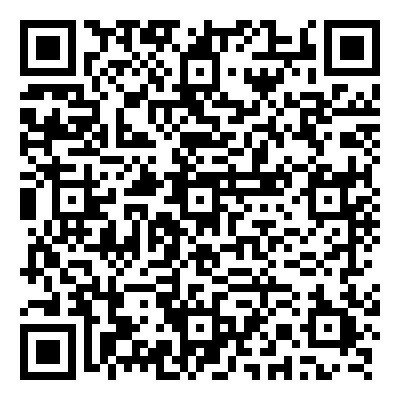