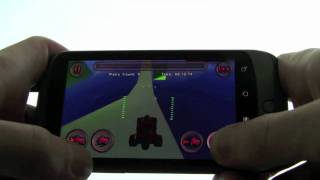 Drive the car through the difficult tracks

"The enemy is the road"

Jet Car Stunts Lite is a popular driving game with lots of features where your main opponent are not the other cars but the track itself.

There are 8 different tracks in this version and three different game modes:

- Time trial: get to the goal point before the time runs out.

- Tutorial: learn all the tricks in order to practise for the other modes.

Inside those modes you'll also have to choose between the normal and casual mode and even the platform you want to play in. Controlling the car it's quite challenging, as the tracks are difficult and you'll have to avoid falling down the platforms, which is a really easy thing to do.

True Axis is the developer of Jet Car Stunts Lite and its paid version. This is a fun and entertaining game, more similar to a platform game rather than your typical racing application. Download and start challenging yourself.

Jet Car Stunts is an award winning, over the top, adrenaline rush, 3D driving game, with massive jumps, mid-air hoops, floating platforms, spiral roadways and outlandish maneuvers in impossible environments. The orgininal levels, tight controls and fast, smooth, addictive game play has landed Jet Car Stunts on many "Best of 2009" lists for iOS and now it is available on Android.

Jet Car Stunts is less like a driving game and more like a platformer. Rather than racing opponents around a track, your opponent is the track its self. Get ready for a challenge, because getting to the end of these insane tracks will test your skills.

**** 3 PLAY MODES ****
- Platforming - The challenge is simple, just get to the end. Each track is more challenging then the last.
- Time Trial - Race to reach the next check point before the time runs out. Beat your best time.
- Tutorials - Learn all the tricks you will neet to meet the challenges to come.

**** SUPPORT ****
For installation problems, and any other problem, please visit our support site first which has some solutions to common problems.
http://www.trueaxis.com/jetcarstuntsandroidsupport.html

Crash Drive 3D is a stunt-like car game based on jumps and tricks. If you like racing games with official GP tracks, this is not your game. If you like though, roaming with stunt cars, crazy jumps and tricks, upgrade your car and buy new ones... you got to the right place. There are three diferent game modes (challenges). You can play to collect co….

Drive the car through the difficult tracks. Jet Car Stunts is a popular driving game with lots of features where your main opponent are not the other cars but the track itself. There are 36 different tracks in this version and three different game modes: - Platforming: finish the tracks, which increase difficulty - Time trial: get to the goal point….

8th edition of Gameloft's most popular franchise. I remember when I played Gameloft games on my Motorola V550. I remember when I first played Asphalt 5 on my first Android, and I'm amazed how can Gameloft staff improve every time their flagship racing game. Indeed, when the main flaw of Asphalt 7 was that it was too "Asphalt 6", this 8th edition ca…. 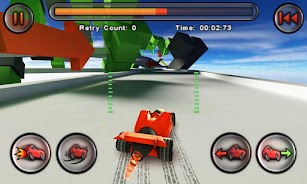 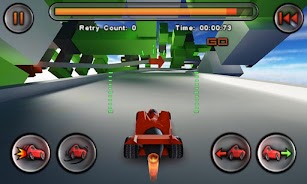 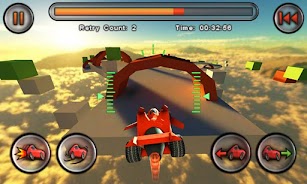 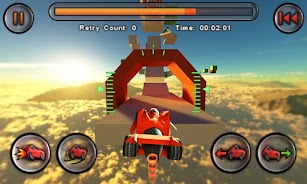 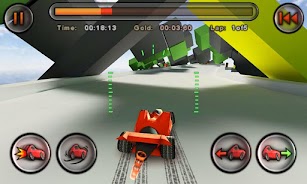