A racing game made of Lego pieces.

LEGO Speedorz, in order to summarize it in a simple sentence, it could be called Lego Kart and nobody would take offense.

However, if you want to enquire more, know that it's lovely how Lego develops its games and keeps its essence alive at the same time. You can check it out just since the very character creation screen, which is so lego-ish you'd like to dust off your old barrel full of lego pieces from the basement. However, 3D graphics may look like stunning at first, but soon glitches will be too obvious as to be omitted. Likewise, playability doesn't reach what you should expect: it's too easy, but controls are too clumsy at the same time, closer to waste your time just because rather than actually being a challenge, which makes us believe that it's a game with no ambition other than be a game for children as those which were given in CDs inside cornflake boxes not so time ago.

In conclusion, it's just a game which main goal is to promote a new ongoing Lego set, and though it can be entertaining for children, it won't satisfy what casual players need.

Customize your animal minifigure, hop on a Speedor, and race through the Kingdom of CHIMA!

• Battle through the Falling Jungle, the Rhino Canyon and the Swamps against the best Speedor riders in CHIMA
• Win races to face new challenges and unlock more difficult routes
• Face off against Laval and Cragger as well as other famous CHIMA characters
• Unleash the power of CHI to boost your Speedor
• Reach furious speeds and avoid obstacles to post the fastest times
• Unlock new items to customize your character and collect studs to buy new Speedorz
• Compete against opponents in the Tribe Cup
• Boost your Speedor using CHI to become temporarily invincible and smash through objects without slowing down
• Look out for helpful hints and tips on loading screens
• Explore the world of CHIMA with links to new Videos and News from the LEGO.com/CHIMA website
• Introducing Vault Rewards! Complete achievements to unlock CHIMA Vault Codes. Use the codes on the CHIMA Vault website to receive your rewards. LEGO.com/CHIMA/the-vault/

New epic time traveling platform game complete with exploring unique landscapes on land and in space! Reach new dimensions as you play as Tesla Boy, a time traveling robot who must find his creator. Reach blazing speeds while on the ground or catch a jetpack and soar to the skies as you turbo boost through space to find hidden treasures. Play a…

IMPORTANT: If you enabled PhotoVault’s Hidden Mode feature. You dialed your security code but PhotoVault won’t start. To resolve this, please follow these steps to fix this problem: - Go to your phone settings, find app manager. Look for com.android.PhotoVault, uninstall that (don’t worry, you won’t lose your private files) - Also from app manager…

Key Features: Access to official Movie Content including Character Bios and Videos. RUN, DRIVE & FLY: Play as LEGO Batman. Run, Jump and Grapple across The Bat Cave, The Street and Rooftops of Gotham & Arkham Asylum. Drive your own Batmobile and use the Batwing to fly to new environments! Battle Villain Bosses such as the Joker, the Pen…

In LEGO Juniors Create & Cruise, boys and girls can use their imagination to create their very own LEGO minifigures and fun vehicles like cars, helicopters and trucks. Collecting coins will unlock LEGO sets in the game that can be built with a few easy touches – and which will become part of the game’s colorful 3D scenery for your child’s nex…

Official Lego Star Wars game for mobile devices. Ok, ok, ok, so we all are Star Wars fans and we are all thrilled that LEGO has jumped from PCs and consoles to mobile devices, mostly because LEGO games (namely Batman, Indiana Jones, Harry Potter and in a lesser degree, Lord of the Rings) are unexpectedly good and enjoyable by children and parents a….

Take your favorite LEGO videos with you wherever you go with the LEGO TV app, now available for mobile! Stream exciting and fun LEGO videos to your phone, tablet or TV. Catch the crooks in LEGO City, hang out with the LEGO Friends and much more, with new videos added all the time. • Browse by theme, age range and stories, so you can always find so…

A little girl’s cat has disappeared - and so has a dangerous robber who escaped from the nearby police station. In this story-based game for juniors aged 4-7, your child will help catch the robber and find the missing cat. During the search, your child will meet lots of friendly folks: creative construction workers, a nice lady, a princess in a c… 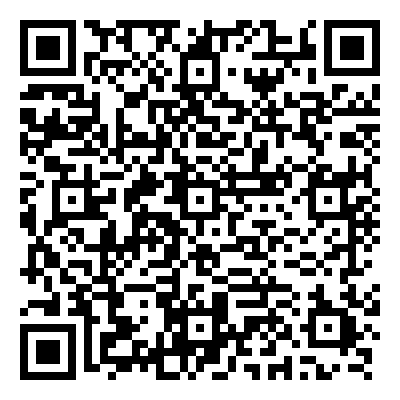