-Performance Improvements
-Added Daily rewards. Now you can get free coins if you play every day :D

A retro driving game in more than one sense

Retro Run can remind you of your old handheld, when driving games consisted on a car you can move left or right in order to avoid "oncoming" cars while the background scrolled to give the perception of speed. Of course, times change and now you can tap to fire a gun, but the essence is the same nonetheless.

Main change is that you can control your vehicle by tilting your device to change from one lane to an other. This game's greatest virtue is its original 70s design that looks like a cheap pulp film. Power-ups and upgrades are fun, too, though that's what you would expect in any driving game. Gameplay may be too simple, even for players looking for just casual gaming, which can be quite disappointing after a great introduction.

Lastly, Retro Run is free, but supported by ads. This wouldn't be such a deal-breaker if not because of ads are placed as a shortcut on your desktop, a bad habit developers should avoid.

If so, then take on the role of Max, the Most Wanted criminal who’s just bought a stolen car. Get your Adrenaline going and pacify your Need for Speed as he sets out with his friend Afro to try this beauty and race on route 66. Don't you just love that new car feeling and the urge to race especially when it's not yours?

Try and Run away as far as possible and avoid the police who are on your lookout. This retro style 70's Racing will get you going in no time and keep you hooked with special power-ups, global leaderboards via Scoreloop and much much more. Look to collect coins which will allow you to upgrade your car as you play getting you further into the game. So start running!

Don’t forget and shoot to destroy oncoming traffic to clear your way. Look to upgrade your car as well as the duration of power-ups to maximize your chances of survival. Look out for the Delorean Boost to fly over the cops as well as traffic.

★★★★★★Features include★★★★★★
★★★Adrenaline pumping action★★★
★★★A retro style Car Race against the cops★★★
★★★Virtual currency supporting Car upgrades and interesting power ups★★★
★★★Entertaining banter between the 4 characters of the game★★★
★★★Shooting while you drive★★★
★★★Global and Daily Leaderboards for competing with the entire world★★★
★★★A Thrilling Run!★★★

If you love playing racing games like Speed Racing, Hill Climb Racing and Beach Buggy Blitz where you do not have real world cars then you will love Retro Run. Moreover, this game is absolutely free unlike the Need for Speed and Asphalt series so it will be worth every second of your time.

The controls are very smooth and extremely easy to use. Unlike Temple Run and Temple Run Brave you can control your character using the accelerometer and do not have to swipe across the surface.

Enjoy, as a test drive turns into a Hot Pursuit for one of the Most Wanted criminals.

Road Riot is the global sensation that defined the Combat Racing genre with over 20 Million Downloads ! This addictive, action-packed shooter will put your driving skills to the ultimate test! Dodge missiles, destroy enemy cars, and leave a trail of destruction as you race to the top of the worldwide rankings! Engadget.com says Road Riot Combat…

Retro Racing is an old-fashioned F1 game inspired by the classics. Retro Racing brings you back to the 80's. Pixels, exaggerated physics and simple controls. Can any brand-new racing game beat that? I'm afraid not. At least not regarding that mix of nostalgia and high-playability that makes retro games such appealing. Be careful though: there's no….

Asphalt Street Racing Upgraded! Get exciting gunfire and crazy speed together. You are in a fast Chevrolet Camaro doing a getaway.The only thing stopping in your way is the pesky cops and boring slow traffics. Your furious red fast Camaro is equipped with special NOS boosted engine and loaded with guns to take on traffic. Use your machine guns to…

Highway Traffic Racer is all about challenging missions, exciting power-ups and unlocking new cars! Tighten your car’s seat belt and get ready to experience extreme sport action! But can you drive through rash traffic escaping hitting other vehicles? Test your virtual driving skills and show your car racing stunts with this fun game! Also collect…

Groovy Cops rapid chase race is the ultimate 3D groovy cops rapid chase race where you get to drive real police cars responding to a 911 call pursuit. Reckless driving, hot racing and high speed GTI police cars are all packed in to this fun game. ***"Makes you want to be a cop, or a criminal! - GameDay review 2014 *** Drive & Race real…

More by AM Studios 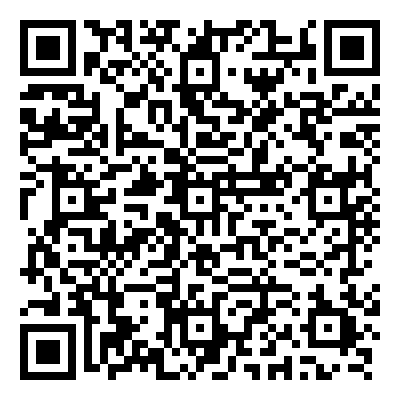