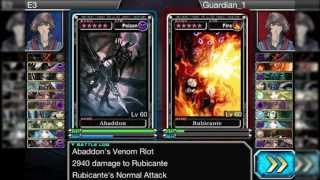 Square couldn't resist the temptation of creating a collectible card game on its own, and here's Guardian Cross.

First off, if you like Final Fantasy-like design, go ahead. This game is made by some FF designers, so many monsters and the overall tone will look familiar to you. However, this doesn't mean that famous FF characters have been featured, so look not for Cloud or Tiffa or whoever.

In order to get the cards, there's a mini game called Hunting Grounds, which works like a sniping game. Once you got cards to build up a team, you can fusion and upgrade them, sacrificing the less powerful ones for those you like most sake.

Battles, when your team meets an other player's or AI's, usually in some sort of a quest, are automatically solved by the game, and there's little, if any interactivity with the player. Everything's decided beforehand when you choose which cards will take part in the action. Some cards get bonuses for being aligned along others, and there's the strategy. Of course, some cards are more powerful than other per se.

In conclusion, it's a good CCG game and has Square's mark on it. If you like this kind of games, this is a high quality one, though it doesn't bring anything new to the genre and the few new features are more a drawback than an advantage.

With over 1.3 million downloads around the globe, a trading card battle RPG like no other is now available on Android!

Capture and train over 120 different Guardians as you attempt to create the most powerful party possible. Undertake thrilling quests to unlock the secret of why the divine beasts of antiquity have woken after a millennium of slumber, and battle other players from around the world in an online coliseum!

This game can be played completely for free through to the very end, while some premium content is also offered.

- Created by talented staff with a history on the FINAL FANTASY series!

Guardian Cross also brings you stunning and original card illustrations from a team of amazing artists! Get ready to enjoy the card battle genre as you never have before!

- Hunt Guardians with your trusty rifle!

Traverse vast grasslands, volcanic mountains and more as you explore Northern Cross's hunting grounds. At first sight of a Guardian, carefully aim and fire your enchanted rifle to capture it. Catch as many as you can within the time allowed to add them to your collection.

Additional hunting grounds are on the way in future updates!

- Create the most powerful Guardian army you can!

- Compete for limited rewards in an online coliseum!

Enter weekly player-versus-player events and face off against others near the same rank as you. Your rank will rise with each victory you claim, and rewards such as limited-edition gold cards and magic stones will be given out after each event ends.

Engage in daily mock battles with in-game friends to earn points which can be used to buy hunting tickets, coliseum passes, and more! You can also gift an extra rare slime to a friend each time you catch one in the wild!

----
■Caution
Please be advised that you will not be able to play using your saved data if you neglect to set your password and take note of both it and your team name before uninstalling. To do so, please launch the game and from the world map screen navigate to Record > Change Devices.

A multi-genre fantasy game. SEGA released Kingdom Conquest II for Android and the first impression we got of it was that it was (badly) trying to gather all known genres in a game, which isn't a bad idea per se but can be quite messy, when not a complete chaos. It goes without saying that artwork and graphics are outstanding, so we'll focus this re….

Unleash total destruction with an American dive bomber! In Fighter Pilot: The Pacific War, you will take command of your SBD Dauntless dive bomber to support your troops, on land, in the air or at sea. After a devastating blow to the US Navy at Pearl Harbour in World War II, you will take part in the American struggle to defeat the Empire of Japan…

Fantasy Battle Cards A fan of card games like spider solitaire and president card games? Good choice! But we've got something much more entertaining and challenging than that! How about playing a triple triads fantasy game with lots of different characters and combos? If you're into anime news and fantasy games for girls, we're glad t…

An online collectible card game. Immortalis is the umpteenth mythological epic collectible card game in a row this year, set in a fantasy world where magic and science merge and struggle. Cards are designed and drawn in anime style, so be aware of women in too light and misplaced armor, knights in too heavy armor with virile weaponry, and furries a….

Embark on adventures, quest with friends and take flight in airships to explore the FINAL FANTASY multiverse. This is the newest mobile incarnation of the FINAL FANTASY series. In a realm beset by encroaching darkness, no one needs to fight alone. You and your friends must band together and embark on a quest to restore light to the kingdom's… 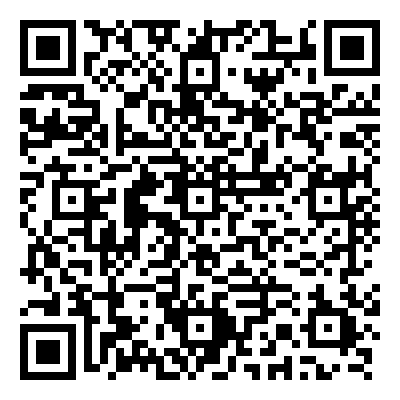