We searched high and low to get rid of as many bugs as we can, so you can continue on your epic journey!

Download APK from previous versions of Inotia3: Children of Carnia

Inotia3: Children of Carnia is an anime-based RPG for Android

"Join the World of Carnia"

After reaching great success with the previous versions of this series on iOS, com2us brings Inotia3 to Android with same expectations.

Inotia3: Children of Carnia is a fantasy RPG based Lucio and Ameli adventures in the world of Carnia. On their wandering, they have to complete missions, collect magic objects and knock down lots of different enemies.

Follow the great storyline. You will have to organize party battles by combining 6 different types of characters. Manage all of them and upgrade their skills. Likewise, you will have to collect some items, ask NPCs for clues, equipping yourself and select your weaponry and finally fulfill magical quests.

Graphics are retro-style, like the most of RPG for handheld devices: 2D anime-based graphics. Controls are quite intuitive. There's a screen gamepad to controls characters: joystick on the left side to move the characters and a big button on the right that integrates main actions. Soundtrack is awesome.

One of the main flaws is that you'll spend most of the game reading dialogues instead of fighting or collecting objects. That affects game's playability.

Protect your loved ones in Carnia by joining the adventure!
What would it take to change a warrior's destiny?
The Big Adventure RPG! Inotia3: Children of Carnia!

An inevitable fate lies before the children of Carnia. The greatest epic adventure RPG by far! The Chronicles of Inotia 3! The new legend is about to begin in the continent of Inotia.

"With the coming of age ritual ahead, Lucio and Ameli from Carnia village happen to be acquiring guntlets, and the adventure stirred up by these guntlets leads to a consequence that is a way beyond their imaginations against monsters... Lucio and Ameli realize soon that they have extraordinary destinies lain before them... Warriors' fates have been predestined for thousands of years already... Will those who are born to be warriors be happy after all?"

1) Organized Party System
A Party Battle System, where you get to combine 6 classes to construct your own party! You can control each character separately and enhance their skills and stats however you like. Through a story mode, you can not only obtain various characters, but also hire mercenaries with items. Personalize each character by equipping a variety of clothing, weapons and defense weapons.

2) Touching Story on an Enormous Scale
Far better and more enormous in scale than its predecessor, the story line of Inotia III is constructed in such detail that you won’t be able to take your eyes off the game. The narrative takes you from the present to the past and back again, with a plethora of unique minor characters, 130+ maps, and 230 remarkable quests.

3) Various updates are on the way soon!

Full scale dark fantasy online RPG designed in a beautiful 3D world! Start your online RPG adventure with your mates from all over the world! Ellicia Online is a MMORPG about the knights saving the vast beautiful world, the "Leeme Continent". You will be one of them knights. Many players will gather in this world with features to create m…

In a world ruled by the Dark Lord, filled with fear and murders, begins the story of an unexpected hero, Sigmus, The Dark Lord’s esteemed right-hand, gifted with immortality so long as hatred reigns in his heart. His battle prowess makes him a superlative enemy that can bring down kingdoms with a swing of his sword. After centuries of being the har…

Sword Art Online: Memory Defrag is a free 2D anime adventure action RPG game inspired by classic arcade beat-em ups with simple intuitive one touch controls! Experience the action RPG that contains every aspect of Sword Art Online as characters crossover from the manga, games, and side stories all in one epic anime adventure! HUNDREDS OF Sword Ar…

Inotia 4 is a new chapter of the successful Inotia RPG saga. After reaching great success with Inotia 3: Children of Carnia, com2us unveils a new title of the saga: Inotia 4, Assassin of Berkel. Inotia 4 is a fantasy RPG featuring two conflicting sides: the Shadow Tribe and the Channel of Light. Two tribes that are struggling to get the control of…. 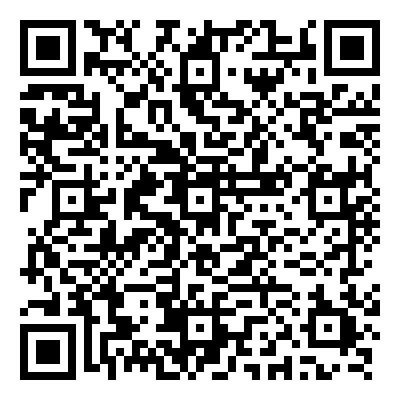